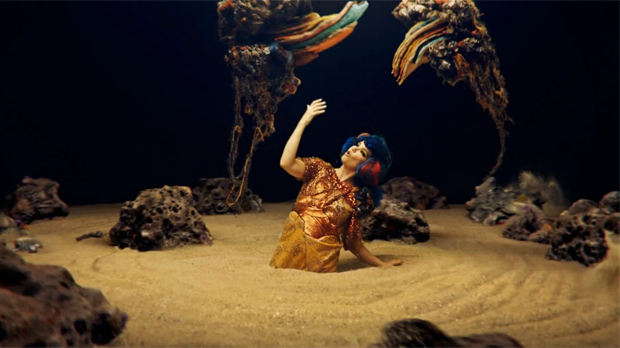 A new press release from MoMA announces that the museum will be the sole host of a Björk retrospective from March 7 to June 7. From the press release:

The installation will present a narrative, both biographical and imaginatively fictitious, cowritten by Björk and the acclaimed Icelandic writer Sjón Sigurdsson. Björk’s collaborations with video directors, photographers, fashion designers, and artists will be featured, and the exhibition culminates with a newly commissioned, immersive music and film experience conceived and realized with director Andrew Huang and 3-D design leader Autodesk.

Andrew Thomas Huang, who directed Björk’s “Mutual Core” video, was one of our 25 New Faces of Film last year. You can read that profile here. Last week the museum also announced that it had purchased its first app, Björk’s Biophilia.