When Independent Film Anticipates An Audience 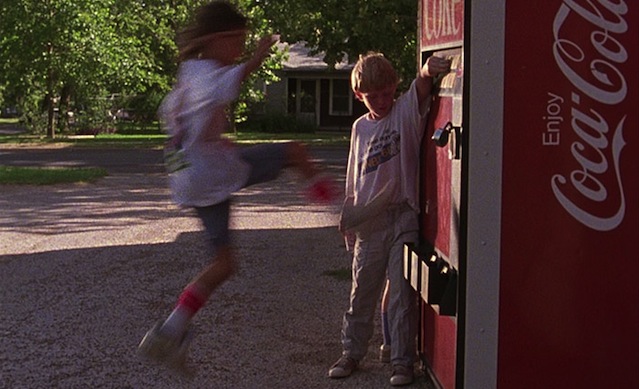 by Sarah Salovaara
in Filmmaking
on Jul 8, 2014

The arrival of summer blockbuster season and another Transformers installment means it’s time for critics to take to their think pieces and argue why Hollywood’s lowbrow, cash cow economy harms the more artful realm of independent film. The New Yorker’s Richard Brody, meanwhile, had the good, iconoclastic sense to pen an article entitled “The Real Threat To Independent Film,” whereby he concludes that the field’s dismantler does not lie within Hollywood, but in independent film itself.

“The most audacious low-budget American independent filmmaking,” writes Brody, “is threatened much more significantly by misplaced critical praise for art-house mediocrities than by Hollywood.” Taking aim at Gillian Robespierre’s critical and indie box office hit Obvious Child, Brody notes that art houses can pander just like the multiplexes: “The large-scale, mass-market demagogy of movies such as Transformers: Age of Extinction is no worse than the niche-market demagogy of, say, Obvious Child. Both movies appear tailor made to their target audience’s expectations and prejudice.”

Here is where his argument directly hits upon what I judge to be one of the newly initiated cardinal rules of independent filmmaking: know your audience. From the industry stalwarts on down, today’s low-budget filmmaker is encouraged to have a specific demographic in mind when crafting and realizing a story in the digital age. That is how, they say, your film will connect, and ultimately, stand out. I’m not disputing any of that, but it’s also worth considering that the breakthrough independent films of the last 20+ years were not so much tailored for an audience as tailored against tradition. They anticipated the audiences’ desires not by giving them what they wanted, but by giving them what they didn’t know they wanted; in effect, something they had never seen before. Take, for instance, Quentin Tarantino’s Reservoir Dogs, a crime drama that has the audacity to forgo the main event. Or Richard Linklater’s Slacker, an ensemble piece void of a cogent narrative thru line. Similar arguments could be made for the dichotomies of sex, lies and videotape, Clerks and so forth.

To me, the most audacious and accomplished independent film in the last handful of years is Eliza Hittman’s It Felt Like Love. Perhaps coincidentally, or perhaps not, Hittman’s conceptualization is also in line with the aforementioned rubric. In an interview, Hittman told me that an impetus for the film was to offer an accurate representation of how girls and women view themselves. This, astonishingly, is all too absent from the American independent coming-of-age genre. Given the uniqueness of her vision, It Felt Like Love was able to transcend its clearly delineated female audience, netting much affection from the male-dominated critical contingent on its way to a healthy theatrical run. I won’t speak for Hittman, but to me, It Felt Like Love seems designed to fill a void, rather than to offer a handshake to its designated viewer.

All of this is to say that instead of merely pinpointing an audience, and playing to their inclinations, we need to pinpoint what an audience needs. The intersection of a filmmaker’s vision with otherwise uncharted territory is where the most exciting, most essential, truly independent film is produced. More of these convention-shattering films, and – back to Brody – just praise of these films, is when independent film as a whole thrives.