Note This! How to Successfully — and Thankfully — Receive Notes on Your Film or Screenplay 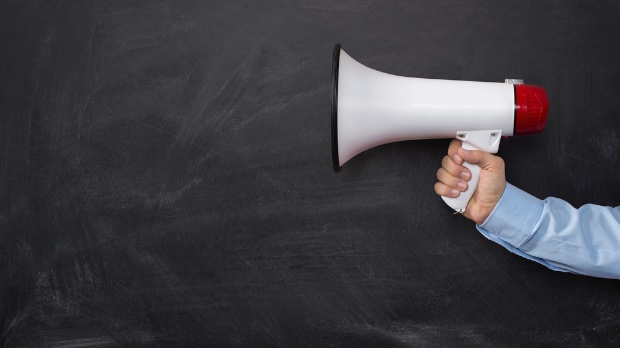 “I would write a book, or a short story, at least three times — once to understand it, the second time to improve the prose, and a third to compel it to say what it still must say.”
– Bernard Malamud

“Relax and take notes, while I take tokes.”
– Notorious B.I.G.

I was once at a work-in-progress screening of an independent film for which we were asked to give notes. It was a long cut, and we’d all come out in the rain. After the screening, the director sat by himself near us. When someone addressed him directly, he informed us that he was “in the box” and would not be talking to us during the postscreening feedback discussion.

This was problematic for several reasons. For one, there was no box. Second, it made us all feel awkward because he was there but not acknowledging us. Most importantly, it suggested that this was not a person who was going to take notes very well, which meant that we were all wasting our time.

In the world of both independent and studio film, this feedback-phobic director is not alone. You might even be a little bit like him. But I’d argue that if it’s that hard for you to look someone who’s just watched your film in the eye and listen to their thoughts, maybe you shouldn’t be making films at all. Why? Because if you don’t take your medicine now, you’ll have to take it later.

In other words, people who read your script or watch your movie before you are totally done with it and give you their honest thoughts can save your life. Or at least your script or director’s cut.

Below are thoughts I’ve compiled after reading scripts and attending multiple feedback screenings for my own films and those of others. For the purpose of clarity, I’m going to make a very simple distinction here between writing for oneself (i.e., independently, as a writer/director, or for no or little money) vs. a Hollywood or industry work-for-hire assignment. Let’s talk about the former first.

Before you start throwing shoes at me, understand I’m not suggesting you take every note into consideration and implement it. In fact, this is the No. 1 rookie mistake (especially for screenwriters). Trying to address every note can lead to overall confusion or script abandonment; at the least, it leads to a mishmash of ideas, plot points and tone that has no character.

This is why, before you start writing, you need to know what you are trying to say! In other words, know your objective. Know what your script is truly about.

If you don’t know who your protagonist is, what they want, and why they do what they do, you’re going to get confused when your Aunt May tells you she didn’t like that your protagonist cheated on her boyfriend. Notes such as hers are the hard ones because you must discern between someone’s simple opinion and an actual screenplay or film problem. I’ll give you a couple of examples.

In Raising Victor Vargas, there used to be a scene in which Grandma, fed up with her grandson Victor’s antics, slaps his face. The scene had always been in the script and was a turning point for both characters; Grandma had never used physical force on her kids up until that point. We had several screenings of the movie along the way and, consistently, that scene was brought up as problematic. It wasn’t just that most people didn’t want to watch Grandma slapping her kids around — it was that the scene turned people off to her character entirely. They simply couldn’t get past the fact that she had slapped him. Whether it was a result of her acting, or Victor’s reaction — who knows? — the scene threw off the film, and so we took it out. Not because a studio or a scary producer asked or told us to, but because we always wanted the Grandma character to ride the fence. We didn’t want her to go into bad-guy territory. Our intention was always more ambiguous. That scene, whether we wanted it or not, alienated 80 percent of the audience against Grandma, and there was no turning back.

Now, there are still people who don’t like her because their grandmas were sweet and knitted all day by the window and baked pies. And there are others who love her because their grandmas also had mustaches and were loud and weird. You can’t control what people are going to feel when they read your script or watch your movie, but you can try to stay true to your intention.

HOW TO LISTEN TO NOTES

When I have a first draft done, I usually give it to three or four trusted friends for a read. By trusted, I don’t mean they are going to tell me they love it but actually the opposite. I give it to other writers who know that I am looking for ways to land the best script I can, not compliments.

When someone is ready to give you notes, listen to them.

If they just told you they don’t understand something in the script, do not start explaining it to them. Just listen. Take notes yourself, if they haven’t written them down for you already. Fight the impulse to talk back or explain or prove them wrong. There is nothing more exhausting to the note giver than that — it shows you’re not really listening. If what you wanted was a compliment (you know who you are), you should have given the script to your mother.

Unless you don’t understand what they are saying and need clarification, do not interrupt or ask questions.

Wait until they are done with all their notes, and thank them profusely for their time and their effort. If you wish, you can summarize their notes back to them. This can be a helpful way for you to really understand what it is that they were saying.

Once they are done, if they really want to know your thoughts or answers on certain things (for example, why does she cheat on him?), then you can tell them. But I’d ask their opinion first: Why do you think she cheats on him? Just to see if you have at least approximated what you wanted.

So how do you know what is a good note vs. a bad one?

For example, a script I once wrote was set up at a small studio for a hot minute. The senior executive in charge had taken issue with the female character expressing her dissatisfaction with her marriage the night before her 30th wedding anniversary. The exec couldn’t understand why this woman would have waited so many years to express that. What this note told me was that all the other nonverbal instances in which the female character expressed her dissatisfaction with her marriage, all the tells, had not made an impression. Now, you can’t just take one exec’s word for it (in fact, don’t ever just take one exec’s word for it), but you can learn about your script. The problem wasn’t the scene in which this woman complained about her marriage; it was everything leading up to it.

Was that a bad note? I guess, since the exec didn’t really know what he was saying. But it’s your job as the writer to figure it out. And ultimately, it was a helpful thought because I knew I needed to make the character’s dissatisfaction more obvious earlier in the script if I didn’t want it to come as an abrupt surprise later on. So once again, you have to know your objective.

Here’s one example, verbatim, that was sent to me by a producer via email:

“Can we make the scene at graduation more organic?”

What the fuck does that mean? You can definitely ask them what it means, but I guarantee you that with a note like that, they don’t know what it means.

Which brings me to the problem of work for hire and notes. Work for hire is different than writing for yourself. You are usually being paid to fix or write someone else’s idea, usually one that they have put together with utmost consideration of its marketing elements and potential audience. For example, it might be a sequel with a twist — a younger actor added to the cast to attract a teen audience.

The objective here is selling tickets, not necessarily making a good movie. Because these films are often put together this way, no one really knows what they are about. And therein lies the problem. Add to that, most execs don’t have a choice of which movies they work on, so they could end up being responsible for a film for which the inception they know nothing about. Most execs have not gone to film school, or even taken a screenwriting course, so it can be difficult for them to break down a script and figure out why it’s not working, let alone how to fix it.

A friend of mine was once hired for a major rewrite at a studio. Toward the end of the process, he got a set of notes through email, one of which he did not understand. He called his point person (a junior executive), who proceeded to try to explain the note. When the writer still didn’t get it, the exec said, “Look, I don’t get it either, but it came from the top, so just fucking do it.”

Once again: Keep your objective in mind. I’ve found it rare that studios tell you to “just fucking do it,” even if that’s what they are thinking. If I don’t understand a note, I go through it out loud, explaining how doing X would change a character’s objective, and doing Y would do the opposite. Usually doing that helps everyone in the room get on the same page and agree on what they want.

If you are working for a studio or producer, I would recommend that you get the notes in writing from them. Most of them already do this, but it’s good to request them just in case. It’s just really helpful to always be able to refer back to a piece of paper that was generated by them and that everyone has, as opposed to your scribblings from a meeting which others might remember differently.

THE MINDSET OF NOTES

Perhaps the most important note of all on notes is to simply realize that they are important. You may feel comfortable in your creative box while writing or editing, but your script and, hopefully, your film will soon be due for their share of criticism. Notes help you deflect that criticism before it’s too late. And in order for that to happen, you must remember one thing: Notes are about making your script better and your objective clearer. The note-taking process may feel to you like you’re being asked to do what others tell you. Do not view it that way. Instead, dig deep into what you’re hearing, try to understand the motivations behind the notes, know that a note referring to page 60 may actually be about the scene on page 10, and, while the other person is talking, check your ego at the door. Learning how to take notes is a skill that separates the pros from the amateurs, so you should start learning now.