A Place to Find a Standing Ovation: The Fantasia International Film Festival 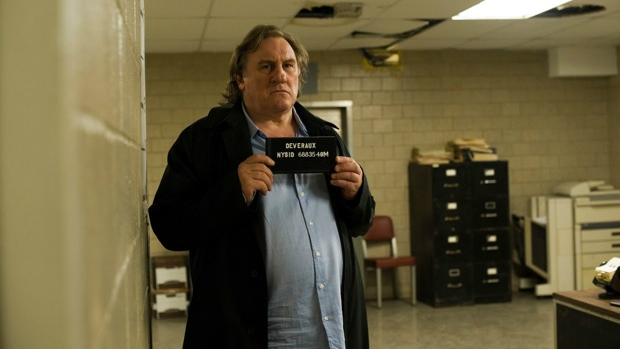 Perhaps the most salient feature of the Fantasia International Film Festival’s three-week schedule is its total aversion to mornings. In the interest of efficiency, most festivals promptly begin screenings, panels or press conferences at 9 or 10am each day; at Fantasia things get started around quarter past three. Official and unofficial festival after-parties, meanwhile — premiere celebrations, industry events, cocktail breaks, impromptu gatherings for drinks — customarily extend until dawn (or later), with many attendees migrating after last call from pubs to after-hours bars and diners willing to serve up flights of “special tea” (after-hours booze). Everything about Fantasia — indeed, everything about Montreal — seems designed to accommodate this nocturnal revelry. Even my hotel offered continental breakfast till noon.

Consequently, and not unpleasantly, the atmosphere at Fantasia is distinctly casual, even languid. There’s also a certain democratizing force at work here. Public festivals ordinarily stratify their audiences into three distinct groups: ticket-holding patrons, accredited journalists, and representatives of the industry, there to either promote a finished project or to shop a germinal one around. It’s a matter of convention at larger festivals to keep these groups clearly demarcated — so much so that at the nearby TIFF, different constituents rarely have cause to interact. At Fantasia such borders prove rather more porous. Filmmakers, programmers and attending critics alike freely mingle; everyone attends the same screenings and, as the credits roll, everyone convenes at the same bar to discuss it. Most refreshingly, nobody seemed interested in “working the room.” It was as if things were simply too laid-back for anybody to make a show of networking.

My impression was that, for producers and programmers if not for critics like me, the sort of useful connections for which attendees routinely clamor were emerging more organically than usual, which is to say without the common air of desperation. For industry members, festivals can be quite an arduous experience: if the object of your trip is, say, to raise money for a new film or to secure distribution for an old one, you are there working, in essence, in the field of high-pressure sales. Your job is to shake hands and exchange business cards, to make contacts, to indecorously schmooze, to leave an impression, to close a deal. It can all be rather stressful. But the sentiment most often shared by the filmmakers and producers I spoke with during my stay at Fantasia was, strangely, relief that they had arrived to find a warmer climate than they’d anticipated. I’m not sure whether this ultimately makes it any easier for filmmakers to make the sales they need to thrive. But it certainly makes everybody nicer.

For filmmakers already enjoying some success — that is, with work programmed during the festival — Fantasia is only too happy to indulge the feeling. The festival has been constructed to facilitate enthusiasm. To wit: the first screening I settled in for was introduced by a man whose intensity would not have been out of place at a Formula 1 rally. “By attending this screening,” he bellowed into a microphone, “you are giving a great big fuck-you to Hollywood and all of its CGI blockbuster bullshit. You are showing us that you care about real movies! That you support the passion, the intelligence, of movies made by real people and not some pixels on a screen! Let’s get fucking excited!” A bit much, perhaps, but the ardor was endearing. When in turn he called the filmmakers of the forthcoming presentation to the stage to say a few words about their movie, you could tell they were moved by the energy in the room. It’s one thing to screen your film at a festival of some repute, another to screen it at a festival invigorated by such zeal. The film in question, Kevin Kolsch and Dennis Widmyer’s Starry Eyes, was a rather tepid low-budget horror picture detailing the quick rise and gory fall of a starlet in Los Angeles. It’s a bit of an airless genre exercise, the execution flat and the material shopworn. It received a standing ovation.

The influence of all of this enthusiasm is occasionally reflected in the programming. Indeed, it would be difficult to otherwise account for the presence (and, naturally, effusive reception) of James Rolfe and Kevin Finn’s Angry Video Game Nerd: The Movie, a feature-length adaptation of the popular YouTube series of the same name and a stupefying exercise in hubris. Rolfe, as his sobriquet suggests, is famous for his diatribes on the subject of old Nintendo games, and he can be amusing enough in ten-minute bursts. But clocking in at nearly two hours, and shot on a budget of several hundred thousand dollars — the windfall earnings of a Kickstarter campaign — Angry Video Game Nerd feels about as worthy of serious festival play as Man Getting Hit By Football. To Rolfe’s credit, he recognizes early that berating bad games isn’t enough to sustain his 115 running time, so he trains his attentions on a different subject: his own brilliance. Thus the bulk of Angry Video Game Nerd is dedicated to expounding at length on the greatness of the Angry Video Game Nerd; fans and well-wishers appear constantly to praise him, and even the story’s major villain admits, after watching one of Rolfe’s videos, that he’s plainly a cool and funny guy. For a while it seems the film’s only drama is how taxing it is for Rolfe to deal with the non-stop admiration. Oh, how hard it is to be so beloved! It’s the cinematic equivalent of a Drake album.

And yet . . . the film was a hit. Both of its screenings were sold out weeks in advance, and few, I’m told, left dissatisfied. A colleague, intimately familiar with the festival’s mechanics, told me that nearly everything that screens at Fantasia is received warmly. The crowd’s fanaticism is infectious, and it can have an amplifying effect on pleasure: in the spirit of the moment a good film might seem great, and a great film extraordinary. Since Fantasia, in addition to housing many world premieres, plays home to several repeats — a lot of films have been culled from Sundance and South By Southwest — it’s not uncommon to find a film largely dismissed by critics elsewhere widely cheered here.
It seems likely Fantasia has been programmed with this fact in mind: the object is not so much to find the most celebrated films from earlier as those that might play best to their uniquely fanatical audience, a place for an offbeat genre film to play at midnight and find its much-appreciated standing ovation.

It was a shrewd move, I think, for Fantasia to conclude with Welcome to New York, the official closing night selection and perhaps the lineup’s strongest film. Abel Ferrara is a man possessed of the Montreal spirit, and it’s easy to imagine the Fantasia audience sinking eagerly into the rhythms of any one of his earlier films. Ferrara was flown in from Rome to present his latest film in person. Like Tobe Hooper introducing The Texas Chain Saw Massacre a few nights prior, he was welcomed like a superstar. But Welcome to New York may not have been quite the movie-going experience the rowdy crowd expected. While its first act delves headlong into the breathless hedonism of its antihero Devereaux (a sweaty, heaving Gérard Depardieu), this isn’t exactly The Wolf of Wall Street; Ferrara’s approach is too clinical, his interest too academic, for the debauchery to be enjoyed with vicarious glee. In fact it provides an intriguing counterpoint to Scorsese’s irreverent gong show: where Wolf whisked us along through a bad man’s exploits with exhilarating vigor, Welcome to New York scrutinizes similar exercises in depravity with a steely, clear-minded rigor.

That approach makes Welcome to New York a bit of a tough sit, permitting little respite from the company of a man rendered thoroughly repulsive. But the intensity of its focus may yield a more compelling — and, perhaps, more productive — study of privilege and power, particularly as they relate to the film’s thinly veiled subject, the IMF’s Dominique Strauss-Kahn. What’s most shocking in the Ferrara film isn’t the extent of the degradation on display, but rather its banality; we’ve found ourselves in a realm of pitiable behaviour, but what’s more disgusting is the recognition that, for these people, it’s all done by rote, indulgence as routine. This sort of clarity and sobriety is surprising from Ferrara, even as his sensibility has matured over the last decade. This is a far cry from the exuberance of Ferrara’s own King of New York, let alone the lurid (though still great) exploitations his earliest work. It’s nice that Ferrara had smuggled this newfound rigor into a festival that may have been better suited to conventional excitements. The Fantasia crowd wants something to cheer for. Ferrara gave them that and something more: serious moral inquiry. Would that we all got excited for that.