A Guide to the World of Film Podcasts 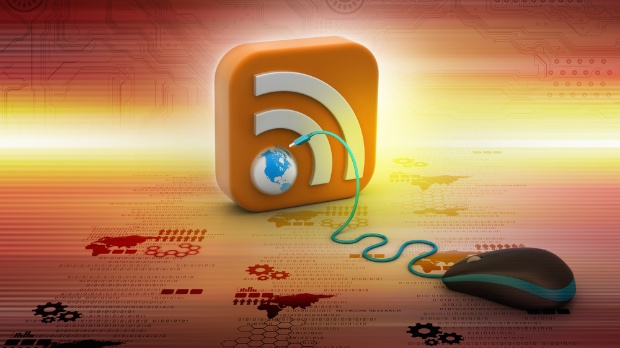 A few years ago I was doing a 30-minute internet radio show and decided one day to re-purpose it as a podcast. I thought, why not? Public radio shows like This American Life and Radiolab were doing it. I was also realizing that I was wasting my time being on the radio at all. Filmwax Radio was not public radio, and I assumed correctly that only a relatively small number of people were tuning in. I also thought that going podcast-only would be an opportunity to change my show’s format. I’d no longer be constrained by a 30-minute slot, nor would my listeners be forced to tune in at a particular time. I’d be liberated to do the type of show I always wanted to do. So, I pitched Rooftop Films, the 18-year-old outdoor film series, to “house” my podcast. (In order to get your podcast on iTunes, you need to set up an RSS feed from a website). They went for it and hence the Filmwax Radio podcast was born.

I haven’t been the only one shifting his sights towards the podcast medium. Just last summer Apple boasted it had tipped over the 1 billionth podcast subscription. Indeed, podcasting has reached a critical level of popularity — just another sign of the on-demand culture we live in. The rise of the podcast’s popularity can be directly tied to the consumer’s appetite for smartphones and tablets. What could be easier than listening to smart and funny chatter while doing chores, commuting, or working out?

A good host seems to be key to the success of the most popular podcasts. Unlike listening to Spotify or an audio book, when we listen to a host over many weeks, months and years, we naturally become invested in their lives. As a podcaster, I’m thrilled when I sit and chat with Ken Burns, William Friedkin and Barbara Kopple, but I get just as big a thrill when someone says how much they enjoy my podcast. I can see how connected they feel to me immediately. It’s something that takes getting used to it, but I am very honored by that experience. I get it. My voice is going directly into people’s heads; it’s a very intimate experience. Just ask any dedicated listeners of Howard Stern, Marc Maron, or Adam Corolla. The flip side is that the commitment to podcasting, to maintaining that relationship with your listeners, can cause rifts in relationships, missed work time, cold sweats and panic attacks.

While I subscribe to WTF with Marc Maron, Freakonomics Radio, The Moth, and any number of public radio podcasts, most of my time and attention go to those dealing in the world of independent cinema. Here, to start you on your own podcasting journey, are the film podcasts I subscribe to. I recommend them all.

The Treatment with Elvis Mitchell. Interviews with actors and filmmakers by the popular film critic and curator. Mitchell comes from a somewhat academic background, and he at times comes off a little self serious, but he’s very knowledgable and his conversations have depth and humor. Recent guests have included Zach Braff, Andy Serkis and Julia Louis-Dreyfus.

My takeaway: I appreciate and am inspired by Mitchell’s access to such great talent. His approach is more academic than mine but I dig it.

IndieWire’s Screen Talk with Eric Kohn & Anne Thompson. Industry chat with indieWire’s chief film critic & senior editor Eric Kohn and industry journalist/blogger Anne Thompson. Kohn and Thompson make a good match as they come from different perspectives and enjoy the mild friction that occasionally flares up. With Screen Talk the two discuss topical films that are are relevant to the marketplace, always with good humor.

My takeaway: These are two very informed individuals, and I am trying to learn as much as I can from them as I interview people from the marketing and distribution end of the business as well.

Filmspotting with Adam Kempenaar & Josh Larsen. This Chicago-base movie review show is primarily concerned with current theatrical releases, Filmspotting is populist in taste and doesn’t really make much of a distinction between Hollywood studio films and independents. While there is a Siskel & Ebert throughline here, the podcast format allows Kempanaar and Larsen to get into much more detailed conversations. Even though the show is very produced (edited to the letter), the two can spar when the occasion arises. Filmspotting recently celebrated their 500th episode with a live show.

My takeaway: Filmspotting taught me what a lonely job it is to host a show solo, but they keep me honest, less ironic and less lazy about how I produce Filmwax.

Filmspotting SVU with Alison Wilmore & Matt Singer.
Filmspotting Streaming Video Unit is an offshoot of the Filmspotting podcast, only this show has Brooklyn-based film bloggers Wilmore & Singer and reviews film (& TV) streaming on digital platforms. This show is much looser and the hosts have an insane grasp on their subject matter. It’s clear the two are friends, and they have a very likeable chemistry.

My takeaway: SVU reminds me to draw less of a distinction amongst film, TV and other content in the digital sphere. It’s all about entertaining well-crafted content, despite how it’s historically been delivered to us.

The Dissolve with Tasha Robinson.
The Dissolve Podcast is the companion piece to the popular blog and review site. Alternately hosted by former AV Club contributors Tasha Robinson and Scott Tobias, the typical show includes a number of panel discussions with usual suspects Scott Tobias, Nathan Rabin and Matt Singer, discussing current industry issues, reviewing films, and a game of some sort.

My takeaway: Keep it light; keep it fun.

The Q&A with Jeff Goldsmith.
In-depth conversations about the creative process with today’s most successful screenwriters and filmmakers. Recent episodes include interviews with Dawn of the Planet of the Apes director Matt Reeves and Chef writer/director, Jon Favreau.

My takeaway: There are few podcasts that are as dense and as focused in parsing the creative process. Like Marc Maron’s, Jeff’s interviews go deep.

KCRW’s The Business with Kim Masters.
Described as a business show about show business, journalist Kim Masters of The Hollywood Reporter gets beyond the glitz of the movie industry with insightful segments and interviews. Segments are very topical and cover film, TV and digital spheres.

My takeaway: I no longer have to read The Hollywood Reporter or Variety.

My takeaway: This podcast keeps me appreciative of the unconventional and to think beyond the mainstream. There are tons of underground and forgotten films out there that go unheeded. There’s more to life than festival films, after all. No?

I asked several writers, directors and actors to tell me their favorite podcasts, and here’s what they replied:

Terence Nance, director of The Oversimplification of Her Beauty: Elvis’s, Truthseekers Radio and Soulection.

David Nugent, Artistic Director, Hamptons International Film Festival: I do listen to yours, and I used to listen to Anne Thompson and Kris Tapley’s podcast. I now listen to Screen Talk, and Deadlines Awards Watch, and KCRW Hollywood Breakdown and Filmspotting and The Podbay Podcast.

Eric Kohn, Chief Critic and Senior Editor, indieWire: I listen to The Business, Filmspotting: SVU, Do You Like Prince Movies? and Fighting in the War Room pretty regularly.

Podcasts are generally subscribed through iTunes but may also be streamed or downloaded directly from websites. If you have a particular interest, you’re likely to find any number of podcasts on the subject. And if not, start your own. I did.

Adam Schartoff is the host of the popular indie film podcast, Filmwax Radio. Shows include conversations with guests from the entire spectrum of the industry. Some recent guests include Bernardo Bertolucci, Joe Swanberg and Alex Gibney. iTunes link.