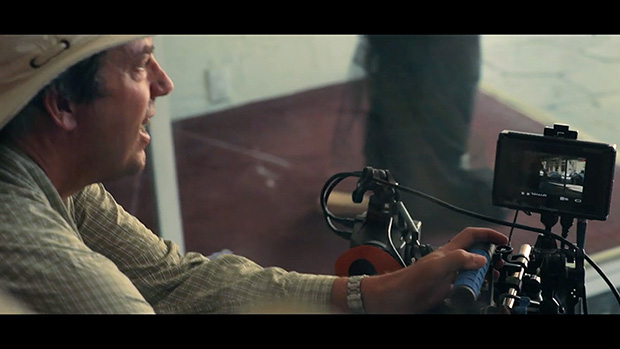 In the second part of this interview with cinematographer Shane Hurlbut, we cover his upcoming “Illumination Experience Educational Tour“; why he’s undertaken this project, and the format and objective of the classes.

Hurlbut also reveals what he calls “the keys to the city”: how he conducts lighting tests with actors before production starts.

Filmmaker: How did the “The Illumination Experience” come about?

Hurlbut: Five years ago I started on this mission of sharing. I felt like mentoring was dead in this business. I wanted to educate and inspire, and use the passion for what I love to do to energize and fuel the content creation revolution that was brought about by the RED, and the Canon 5D Mark II.

I was a huge proponent of the 5D Mark II when it came out. I shot a whole feature-length film that was in 7,000 theaters across the country on a still camera. Based on that, we created this blog and a boot camp that we did in 2009 of everything I had learned on Act of Valor.

So many people wanted more, and it just never fit in my schedule. After doing Fathers and Daughters I was really energized with the passion of making movies. Those films are what I was born to shoot. I started in drama and kind of went side ways with the action genre, and then I was brought back to the drama and I just really loved every minute of every day on that movie.

So I’d done my feature film for the year and I needed to reconnect with my family, and a feature is coming up in the first of the year and I thought it was a perfect window to be able to fit this in. If we’re every going to do a tour, this is the time we’re going to do it.

Filmmaker: What’s the format of the class?

Hurlbut: I wanted to make this different. I wanted to make it very interactive, it’s nothing like anything I’ve ever done before because the curriculum is incredibly interactive — not so much with people coming up and all of a sudden you’re taking somebody that has never done follow-focus and you’re putting them in an AC’s job. It’s not that kind of interaction. It’s interaction with the mind, and it’s people weighing in on what they’re seeing on the screen and having a point of view, and me asking about that point of view and why they decided to go in that direction. That’s what the whole creation process is all about: it’s challenging the attendees, not just talking at them.

The curriculum is designed for different learning styles. People learn visually, people learn by reading, people don’t like to raise their hand, they’re introverts so they won’t ask questions but they have 400 of them. We’ve designed it so they can ask questions via Twitter while I’m live on-stage, or write them on a white board during break.

The center point of the workshop is something that is completely the keys to the castle. Not many people know about this idea and I’m shearing it with everyone. When I do a feature film, I will take the lead actors during hair, makeup and wardrobe tests and conduct a light test. 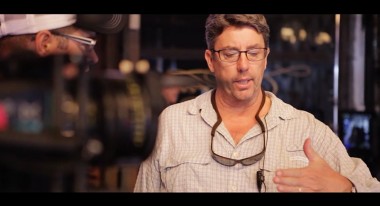 Filmmaker: What kind of light test?

Hurlbut: I create a 360 degree dolly track with a 20-foot radius and the dolly has the biggest contraption on it you’ve ever seen in your life. It’s got three different lights, and the three different lights are a hard fresnel, a semi-soft Kino Flo source and a big bounce soft source. This is rigged on a boom so you can go nine feet in the air and you can go all the way down to the ground, then we put each person in this setup. We have a still camera as well as a motion digital sensor camera, and we move the dolly slowly with all the different qualities of that light from their right side all the way to their left side, all different heights, so you see the specific quality of the skin react to the light and you see what is going to shape their face the best. With this, you find out amazing things.

The Rat Pack is a perfect example. If we shot Joe Mantegna frontally, he had to be lit from the left side. If he was looking three quarter profile to us where we just caught his left eye, the camera being on his right side, he looked the most like Dean Martin.

We do the same thing with back lighting, and we talk about how I light and how I use backlight and then we go into fill light as well. We show how powerful light is in seeing into the characters soul — of really seeing those emotions and the glassiness of the eye, or the anger, or the angst, or whatever the emotion is. It’s unlocking that with a perfect level of fill or taking it away to show the darkness in somebodies character or soul.

These are the kind of things that we’ll be going through, as well as talking through how specific sensors/camera’s embody the soul of the film and how you can best bring out the aspects of that.

Filmmaker: You’re also doing an extended workshop in some places?

Hurlbut: In eight cities we are doing a master class. The workshop takes you through the power of the placement of lighting, light ratios and all that stuff. Each person in the class gets to become the director of photography, and I will start to guide them and help increase their speed and coach them through using different diffusions and different colors and different light control and flags and everything to be able to shape light. How do you create that contrast? How do you create mood?

And it doesn’t have to be done with all these expensive lights. It has a big DIY element as well, so you can see how to build your own lights, and be able to use those to shape and to light with as well.

Filmmaker: Is lighting the same for all cameras?

Hurlbut: Well lighting for a DSLR is a lot different than lighting for a C300 or a C500. We have nine-and-a-half steps of latitude; how do you push those cons down and bring the pros up? How do you use color contrast to be able to trick the audience and the color correction bays and everything to make it feel more 10-bit color than 8-bit? It’s all done by using very small color accents. You use multiple tonalities to be able to create more bit depth even though the camera doesn’t have it.

Filmmaker: Anything you want to add?

Hurlbut: This is a cinematography workshop. Lighting and camera go hand in hand as tools to really unlock the emotion of a story, or an interview or a commercial. We try and answer the question; what lens and what camera will best tell your story?