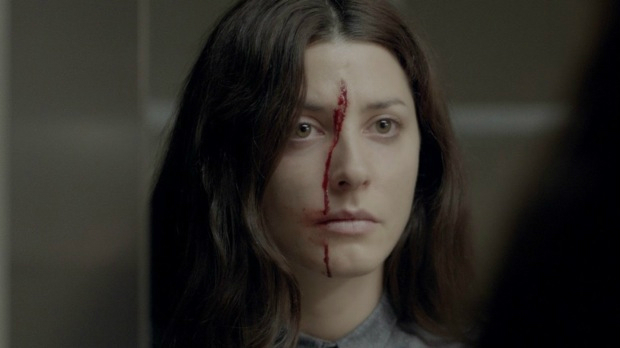 If ever there was a city that embraced variety, San Sebastián is surely it. From its wide boulevards and art nouveau buildings, where Spanish royalty took time off in the 19th century, to its Bay of Biscay beaches that see surfers mixing with families and the higgledy-piggledy Old Town, where every bar is groaning under the weight of creative canapes (pintxos), this is a town that celebrates its own strengths while still being open to adventure.

The same could be said of its film festival, which just celebrated its 62nd year and fourth edition under the directorship of José Luis Rebordinos with a strong program. Among a plethora of world cinema, the festival featured 16 world premieres of Spanish films, including Loreak (Flowers), the first film fully in the Basque language to join the official competition. Rebordinos’ commitment to national cinema proved to be as much based on artistic integrity as loyalty when Spanish director Carlos Vermut took home both the Golden Shell and best director award for Magical Girl, with several other of the country’s premieres also proving highlights. There’s also no danger of critics being unaware of how a film is received by the public, with many of the screenings filled with locals quick to whistle their disapproval of offerings they dislike (or twitchy phone users who don’t keep their cell in their pockets).

Vermut’s film, like the local bar snacks, is full of surprises, using deadpan comedy, the emotional heft of a sick child and unsettlingly cryptic noir elements to weave together three stories hinging on desperation and desire. He makes no secret of the fact that this is intended to be a jigsaw – and that one of the pieces is missing. While some may find this frustrating, it’s more likely that they will be intrigued enough to watch it again. Though Vermut’s film is firmly rooted in the current economic crisis, it also carries the idea of Spain as a “country of eternal conflict” – one of its characters bears the literal scars of her past, while another seems unable to escape the shadow of what has gone before.

Tensions between the past and the present are also key to Alberto Rodriguez’s Marshland (La Isla Minima), which centers on two Madrid policemen (played by Raul Arevalo and Javier Gutierrez; the latter won the best actor award at the festival). The pair are sent to the Spanish equivalent of the US Deep South, the Guadalquivir wetlands, where they try to investigate the disappearance of two young girls. The year is 1980 but while democracy may have arrived in the country – embodied by the approach of Arevalo’s wet-behind-the-ears cop – the echoes of Franco’s dictatorship are present in the wall of silence they face as they try to solve the crime and in the violent police methods favored by Gutierrez’s old guard detective. Economic crisis also looms large in the backdrop, where workers are on strike over wages. Rodriguez keeps the action taut — and shows a real eye for striking images via a series of beautiful aerial shots that make the landscape look like a labyrinth – while suggesting how easy it is for people to become bogged down in the marsh of the past even as they are trying to move forwards.

As for the festival itself, it continues to look for the filmmakers of the future and to celebrate new voices. For critics, this is most noticeable in its strong New Directors strand, which this year featured films including Hermes Paralluelo’s emotionally satisfying look at old age Not All Is Vigil (No Todo Es Vigilia) and Alexander Nanau’s Romanian documentary Toto And His Sisters (Toto Si Surorile Lui), a hard-hitting and sharply affecting social look at children virtually raising themselves in impoverished circumstances. It’s also worth noting that Magical Girl is Vermut’s sophomore film.

Away from the finished products, however, there are also several forums where up and coming filmmakers can make their mark. The Europe-Latin Co-production Forum is now in its third year and boasts that almost 50 percent of the projects that have taken part to date have – or will in 2014 – be finished and ready for an audience. There’s also the Films In Progress section of the festival, which has a strong track record of helping movies in post-production.

I caught up with American producer Andrew Grant, who is working on his debut documentary from his base in Berlin. His film Cause of Death: Unknown – directed by Anniken Hoel – is one of those which took part in the Lau Haizetara Documentary Co-production Forum, which is now in its 10th year. Grant says the festival has given them a strong platform to progress their film, which questions the ethics of pharmaceutical firms and was sparked by the death of Hoel’s sister Renate in 2005.

“Though the Lau Haizetara pitch is primarily aimed at Spanish/Basque productions, they are open to projects from around the world, and the commissioning editors that are on the panel came from TV stations and/or sales companies in Spain, France, Finland, and Austria,” says Grant. “Unlike the pitches at major doc festival such as IDFA (the mecca) or HotDocs, this pitch is much more laid-back, friendly, and a better opportunity to be noticed. Such was the case with our film, Cause of Death: Unknown, which quite honestly would seem like a small fish in a big pond at IDFA, but here we received a much greater sense of recognition, and had more quality time via one-on-one meetings with the commissioning editors.

“Though no concrete deals were made, interest was definitely piqued and several commissioning editors and sales companies were excted to see the film when we’re in the rough cut stage. Though not as prestigious as the doc-only festivals, the pitch at the San Sebastián Film Festival is a much more relaxed place to hone your pitching skills, as well as meeting some wonderfully talented producer/director teams.”

Grant’s testimony is further evidence that biggest is not necessarily best when it comes to festivals and that places such as San Sebastián, with a creative outlook and willingness to foster talent from their own doorstep and further afield, have a vital role to play in improving and supporting the cinema of tomorrow.