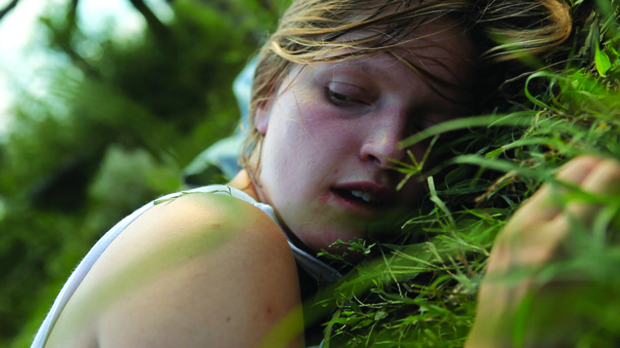 Thou Wast Mild and Lovely (Photo courtesy of Cinelicious)

by Sarah Salovaara
in Distribution, Filmmaking, Issues, Reports
on Oct 20, 2014

As CEO of the Los Angeles-based creative studio and postproduction house Cinelicious, Paul Korver had the unsettling feeling that too many deals were passing him by. The preferred film scanning and restoration vendor for Criterion and Alamo Drafthouse, Cinelicious was also making a name for itself as a digital intermediate supervisor. Touring the festival circuit with the likes of Boyhood and Prince Avalanche, Korver found himself in conversation with various rights holders who were looking to restore films but without the funds to do so. What if, he thought, Cinelicious had a distribution arm to monetize that restoration investment? Thus Cinelicious Pics — the new distribution label specializing in the three pillars of theatrical, VOD and Blu-Ray — was born.

Knowing he needed a curator who was “a walking dictionary and encyclopedia of film history” to manage Cinelicious’ slate of restorations and new acquisitions, Korver scoured his networks for the right candidate. Enter Dennis Bartok, a studio-minted screenwriter and programmer for the American Cinematheque, who had the exact command of esoterica and general film knowledge Korver was looking for. With Bartok on board in January, the two set about acquiring their slate. “We knew we weren’t going to be able to jump in at Sundance and throw down offers against Sony Pictures Classics,” Korver said. “Plus, those films aren’t necessarily in our wheelhouse. They may be too ‘mainstream indie.’” Indeed, Bartok describes the ideal Cinelicious release as one that has a “cheeky, left-of-center perspective that pushes the envelope. One of the hallmarks of a great movie is that you want to watch it again and again, either for its narrative content or visual style. I don’t think that’s a quality enough filmmakers are keeping in mind as much as they should.”

Barely a month after his hiring, Bartok was in negotiations with producer Guneet Monga (The Lunchbox) on a U.S. release for the 2012 five-hour Indian epic Gangs of Wasseypur. Though it generated much heat at its Cannes premiere, few distributors felt capable of rolling out the two-part film that Korver describes as “descending the crime genre in an anti-Bollywood manner … with the kinetic quality of Scorsese.”

When asked how he plans to court an audience for such a mammoth title, Korver remains unfazed, believing that VOD will work to the company’s advantage because “there is less commitment to watch a five-hour film at home. The traditional barriers aren’t there.” If it’s any indication, Gangs of Wasseypur was up on YouTube for two weeks before Cinelicious flagged it, and it had already clocked in at one million views. Nonetheless, the duo is still holding out for some “brave theaters,” as Bartok puts it, to carry the film for its early 2015 release.

Each title in the Cinelicious catalogue will receive a theatrical and digital run, but the rollouts are to be determined on a case-by-case basis. “Distribution is changing so rapidly,” Bartok said, “but we’re firmly committed to the theatrical experience and physical media as well. We want to be operating on a Criterion-level in terms of our DVD and Blu-Ray packaging.” Because all releases will pass through the parent posthouse, the VOD experience will also be of “stellar quality.”

Giuseppe Makes a Movie, which Bartok acquired at Hot Docs from his old friend Adam Rifkin, will be Cinelicious’ first title in theaters when it opens at the Nuart on Oct. 17 in L.A., though it won’t be available on VOD until January. Next up are Josephine Decker’s Butter on the Latch and Thou Wast Mild and Lovely, which will begin a week-long run as part of IFP’s new “Screen Forward” initiative on Nov. 14 at the Made in New York Media Center. Bartok first came across Decker, one of Filmmaker’s 2013 25 New Faces, in Film Comment, where Butter on the Latch was listed as one of the Best Undistributed Films of 2013. Decker was entering negotiations with another distributor for Butter, but Bartok convinced her to sign both films over to Cinelicious. “If we’re going to be in the Josephine Decker business,” he told her, “we want to be in the Josephine Decker business.” He notes that, unlike many of her contemporaries, Decker is “really thinking about film as a total experience, as a visceral medium.” The Icelandic drama Metalhead and the Soviet-electronic-age doc Elektro Moskva will follow in 2015, along with Gangs and a handful of yet-to-be-announced restorations.