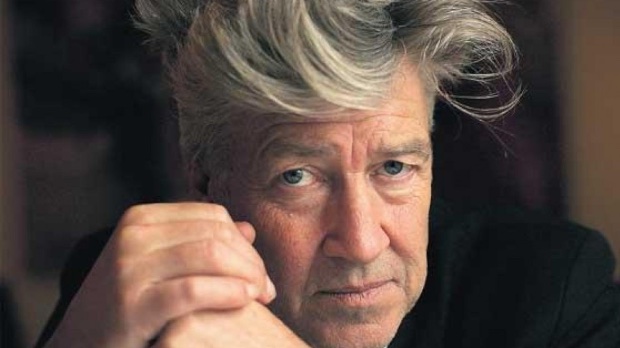 by Ariston Anderson
in Directors, Filmmaking, Interviews
on Nov 24, 2014

After 25 years, the wait is over for Twin Peaks fans. David Lynch and Mark Frost have announced a return to the mythical town coming in 2016 to Showtime. The show is often credited for having paved the way for the golden age of television today, when many TV programs rival cinema for compelling stories. Through the episodic medium of television, Lynch was able to create a multi-layered world full of rich stories, diving deep into the lives of its characters. The season will pick up in the present day and bring back many of the show’s iconic roles.

Shortly before the announcement, David Lynch teased the possible comeback at the Lucca Film Festival in Tuscany’s storied city, where the director picked up a lifetime achievement award. There are few directors today as zen-like as Lynch. Today, he rarely discusses cinema, or even his own life progress, without delving into Transcendental Meditation. Not surprisingly, Lynch preached the benefits of Transcendental Meditation throughout the festival, discussing the path he’s used to expand his mind toward catching cinematic ideas, as well as achieving inner peace. We’ve gathered Lynch’s best advice from the festival on the secret to his success over the years.

1. The thrill is in the hunt for a good idea.

We don’t know an idea until it enters a conscious mind. Ideas have to travel quite a ways before they come into the conscious mind. So by transcending, you start expanding that consciousness, making the subconscious conscious.

You’ll catch ideas on a deeper level. And they have more information and more of a thrill. It’s the happiness in the doing that got greater for me. Catching more ideas became easier, along with a kind of inner self-assuredness. Looking back, I did not have much self-assuredness in the beginning.

2. Inner strength is key to working in the entertainment business.

In this business, or in any business, you can just get streamrolled if you don’t have this inner strength. And the more happiness you have going in, life becomes more of a game than a torment. And so you look out at the world of people that used to stress you. It could happen that you would just put your arm around them and say, “Let’s go have a coffee.” Everything seems happier.

I always wondered if Transcendental Meditation would make someone just so calm that they didn’t want to do anything. They’d just become a bland person and only wanted to eat nuts and raisins. But it’s not that way. You get more energy. That’s the field of unbounded energy within every human being. It’s very, very important for the work, this thing of happiness. It’s so important to be happy in the doing.

3. Positivity is essential to the creative process.

Stories always have held conflicts and contrasts, highs and lows, life and death situations. And there can be much suffering in stories, but now we say the artist doesn’t have to suffer to show suffering. You just have to understand the human condition, understand the suffering.

A lot of artists say anger or even the experience of fear or these things feeds the work, and so the suffering artist is a romantic concept. But if you think about it, it’s romantic for everybody except the artist. If the artist is really suffering, then the ideas don’t flow so good, and if [he is] really suffering, he can’t even work. I say that negativity is the enemy to creativity.

4. Everything must serve to push the idea forward.

For me there is always a plot. There is a story that makes sense to me. But in the story, there are things that are more abstract. There are feelings, and cinema can say feelings and can say abstract thoughts. Cinema can go back in time, or forward, and it’s very magical. But you do not do it just to do it. You do it to realize the ideas you fall in love with. The ideas are gifts, such beautiful gifts. And I am always so thankful when I get an idea that I fall in love with. It is a beautiful day to get an idea that you love. What we need is ideas. That is the only thing we really need.

Don’t think about the money or what’s going to happen after the film is finished. The first thing you need is an idea, an idea that you fall in love with. The idea tells you the mood you choose for the characters, how the characters talk. It tells you the story, it shows you all the details, and so all you have to do is stay true to that idea as you shoot your film.

Even with a little amount of money it is possible to figure out a way to do things. So you stay true to the idea, and you don’t let anyone interfere with it. And all rules include final cut and total creative freedom. If you don’t have the final say or the creative freedom what’s the point of doing anything?

6. Everyone must be on board with your idea.

The trick is to get everyone working with you to go on the same road, based on the same ideas. And you do this by talking. In the prop department for instance, the prop person can bring me some things. They may be very good things, but they’re not in line with the idea. So, you tell the prop man the reason that they’re not in line, and to look for things that are more like this. And the next time he comes, it will be much closer to the idea. And one day he will bring things because he catches the idea.

7. Get inspired, not influenced.

There’s a difference between influence and inspiration. I was never a film buff, and I was not really interested in art history when I was a painter. For me, I always say the city of Philadelphia was my greatest influence. The mood of that place when I was there, the feeling in the air, the architecture, the decay, insanity, corruption and fear swimming in that city are the things I saw in films.

I don’t really care what is going on in the world, nor with cinema. However, once in awhile, you can see a film that is truly great. Or you see some new paintings and say, “That person has really got something fantastic.” It is an inspiration, and it pushes you forward.

Cinema is very close to music. In music, lots of times you have different sections, so a very loud, fast technique and then very, slow; very high things and very low things. It is all moving forward at a certain pace, and everybody knows that the piece of music written on the page, that a certain conductor with a certain orchestra can get something so profoundly above the others. It’s a magical thing. Cinema moves through time like music. It goes from one scene to another. One of the things that is important is these transitions between one thing and another, one thing flowing into another. And these transitions are very important and very beautiful.

A lot of times, someone finishes a film and in the film there’s a man and a woman, and certain things happen. And the journalists will say, “Oh, does this mean you feel this way about women and men in general?” No. It’s this particular woman in this particular place going through these particular things. That woman does not represent all women — and this is very important.

10. Stop the film vs. digital debate. There’s room for both.

For a long time I championed digital. I fell in love with digital with Inland Empire. And recently, I was working on deleted scenes from Twin Peaks. And for the first time in a long time, I saw the footage shot on film, and I was overwhelmed by the depth of the beauty that celluloid, that film can give. It has such a depth and such a beauty. And I like to photograph factories, and I think that in photographing factories I also saw the difference between digital and celluloid in film.

So, there are all these different choices we have. In digital we have very long takes. You don’t have to stop the camera. You can keep it rolling. And you can talk about the scene while the camera is rolling, and a lot of time that helps to get a film deeper and deeper. Digital is lightweight, much faster, no dirt, no scratches, no tearing, and there is so much control in post-production. It is a beautiful thing. But maybe these different mediums will all stay alive and one thing will be right for this project and another thing will be right for that project.