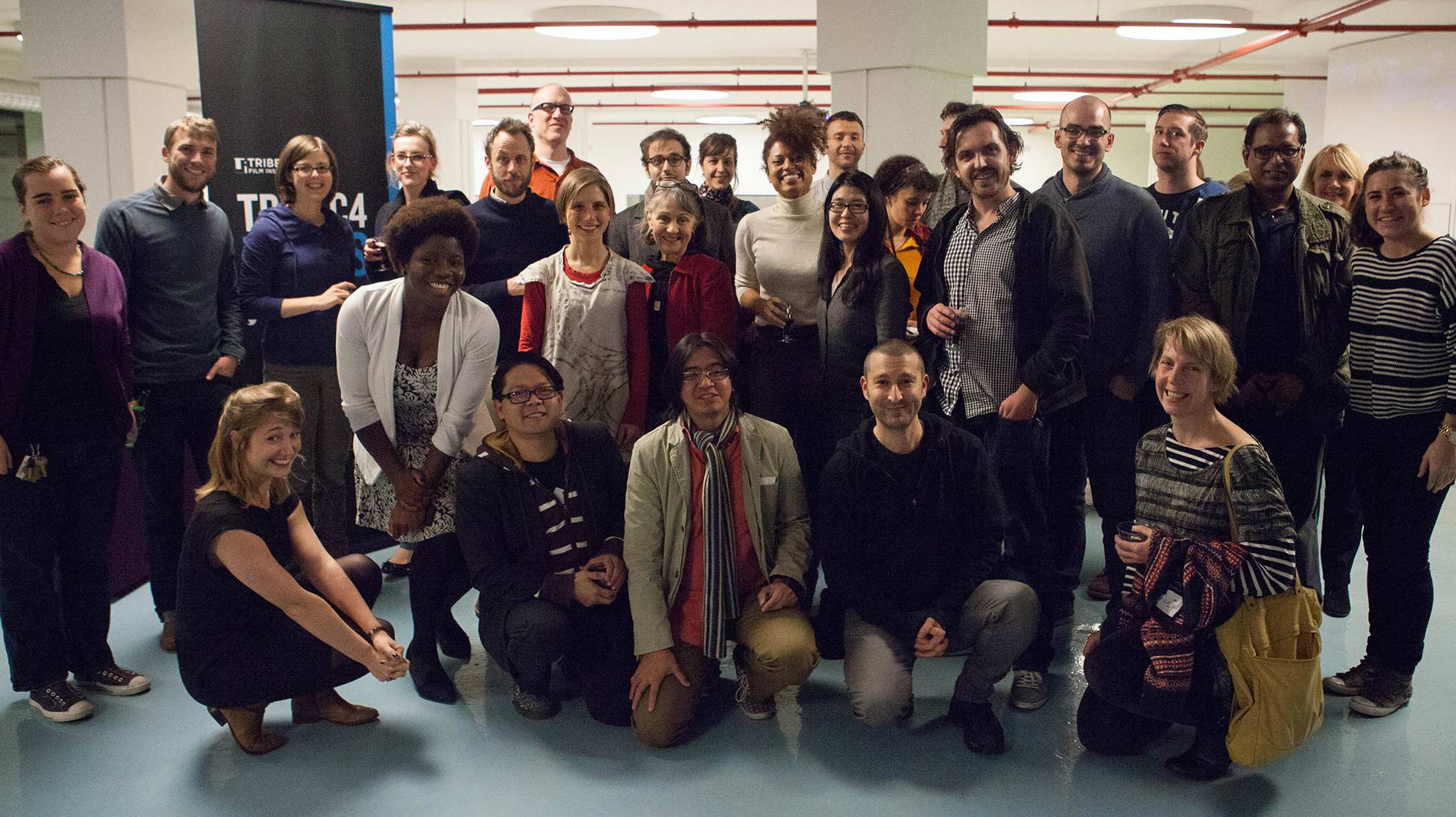 by Randy Astle
in Filmmaking, Interviews, Transmedia
on Nov 26, 2014

A year and a half ago the Tribeca Film Institute launched the TFI Sandbox, an online resource for documentary transmedia projects with connections to the New Media Fund and other real-world resources. Since then the Sandbox has helped produce some amazing work, such as Elaine McMillion Sheldon’s Hollow, and last week the site received an upgrade, which you can check out here.

The new Sandbox, essentially a more robust version of the previous iteration, features everything from introductory information for those just testing the waters of interactive nonfiction to specific funding, technology, and festival/distribution resources for those at work on a project, with, of course, links to the TFI New Media Fund, Tribeca Hacks, TFI Interactive, and other Tribeca-sponsored resources.

To find out a bit more about the hopes for the revamped site, I asked Ingrid Kopp (seen above, in the lower right corner, with the participants of Tribeca Hacks Racontr event in NYC), Director of Interactive Programming at TFI, including a series of international hackathons and the Storyscapes transmedia projects and TFI Interactive held during the Tribeca Film Festival, three quick questions about the past, present, and future of the Sandbox:

Filmmaker: How has the Sandbox developed since it first became operational? Have there been any unexpected directions, either for the projects that have gotten involved or for those of you at Tribeca?

Kopp: We are constantly iterating and building and experimenting in the Interactive department at TFI and we wanted the new version of the Sandbox to reflect this. Every year in which we have worked on the TFI New Media Fund, Tribeca Hacks and TFI Interactive has led to surprising results but in really productive ways. For example, when we started we didn’t know that VR was going to become so prominent with the launch of the Oculus Rift so we are always responding to changes like this, thinking about how technology influences storytelling and vice versa. It’s such a rich area to explore and we hope the Sandbox reflects this.

Filmmaker: So what’s been added now?

Kopp: We’ve added more projects that were not funded by us at TFI, but chosen by people working in the field. We wanted to broaden the Sandbox to reflect interactive storytelling more broadly, to show the many different ways that creators are approaching interactive nonfiction. We also added more practical resources. We know that it can be hard to find funding, talent and outlets for interactive work so we wanted to pull as many of these resources together on the Sandbox to help people get started! Opeyemi Olukemi and Amelie Leenhardt on the Interactive programming team here at TFI really drove this project. They have been working very closely with our Fund grantees and Tribeca Hacks participants so they wanted to make sure they were reflecting the diversity of the work and the needs of these creators.

Filmmaker: What kind of work do you hope these changes will inspire?

Kopp: I hope that people working on interactive projects find the resources helpful and discover new projects while they’re at it. We’re also really pushing for more industry connections between different festivals and institutions so that we can be more strategic about how we support these projects and creators. I hope that the Sandbox helps to facilitate some of these connections, too. Field building is incredibly important to us.