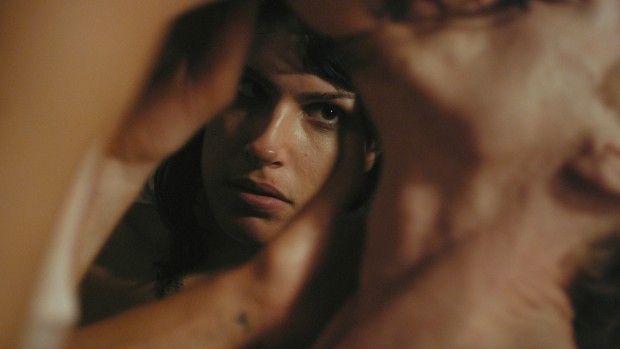 Desiree Akhavan, a Filmmaker 25 New Face whose debut feature, Appropriate Behavior opens Friday, is the guest on the latest episode of Death, Sex and Money. I will be honest — as someone who interviews a lot of directors for a living, I often won’t listen to film directors interviewed elsewhere. But I make an exception when Anna Sale is the interviewer. She is expert at gently drawing out honest revelations from her interviewees about areas that most other interviewers (including me) won’t venture into. Here’s an exchange in which Akhavan talks with Sale about the pressure she feels as a female filmmaker regarding her follow-up:

Akhavan: Two male filmmakers have told me this year why don’t you just make a B minus second film. Shoot it this year and you’ll be fine. Quit freaking out about it. I don’t think I have the luxury of making a B minus second film if I want to keep working. And I have seen male filmmakers make B minus movies and keep working. I don’t know. This is hard to say this as a definite statement because I am very naive and inexperienced so what the fuck do I know. But this is what I’m thinking.

Sale: That’s what you’re afraid of.

Akhavan: Who’s going to finance the film after that? You go to director jail. Director jail is a place that exists and I don’t wanna go there.

Sale: How do you know about director jail?

Listen to the episode below or read the transcript here.