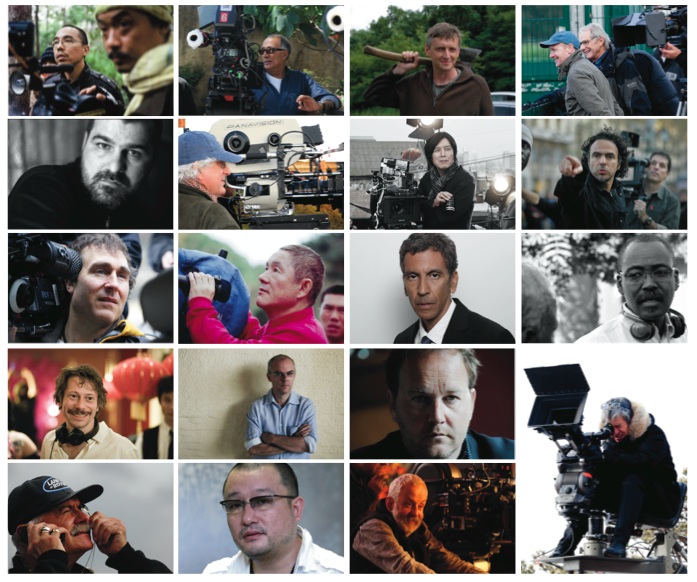 Each year, before the movies and parties and deals go down at the Cannes Film Festival, thousands of international participants go through the same steps. They complete their registration, receive the color-coded badge that designates their place in a screening hierarchy as rigid as that of a fascistl state, and pick up a mid-sized, branded satchel that holds, among reams of leaflets and ads, the official festival program. This is a slim, beautifully produced book—the 2010 edition is midnight blue—where each film in the Official Competition is given a full double-page spread. There is a portrait of the auteur behind each production in the upper right corner of each page; the directors are often posed behind cameras, or look broodingly into the distance as headphones cover their ears or encircle their necks. But this year, the mini-flipbook of directors’ photos illustrated something else: Of the 19 films in competition, four of them French, not one female director had been included.

It was an omission that clung like a burr to criticism of the competition films. With works like Catherine Breillat’s Bluebeard, Lucretia Martel’s The Headless Woman, and Kathryn Bigelow’s The Hurt Locker among the most acclaimed films of 2009, and the top award at this year’s Sundance won a few short months ago by Debra Granik for Winter’s Bone, where were the women directors of Cannes 2010?

Outside of the main Competition slate, the problem persisted. Among the 19 films playing in the most prestigious non-Competition section, Certain Regard (Un Certain Régard), the only one was directed by a woman was Agnès Kocsis’s Adrienn Pál. Among the 22 films playing in the Cannes Classics section, the only one directed by a woman was Isabelle Partiot-Pieri’s Toscan (1954). Among the nine films playing outdoors for the public in the Cinéma de la Plage beach screenings (including JR’s Women are Heroes, 1983), a woman did not direct a single one.

One’s inner backseat driver (or backseat film curator) may find it tempting to point to the least successful of the selected festival films in frustration. It is simply inconceivable that there weren’t female-helmed submissions of at least comparable quality to this or that. But here I’ll bite my tongue, and instead offer a toast. Here’s to recognizing underrepresentation when it rears its head, and here’s to hoping for and working toward a more diverse and representative future for international cinema and art.

Pictured above: Can you identify the filmmakers from Official Competition, Cannes 2010?