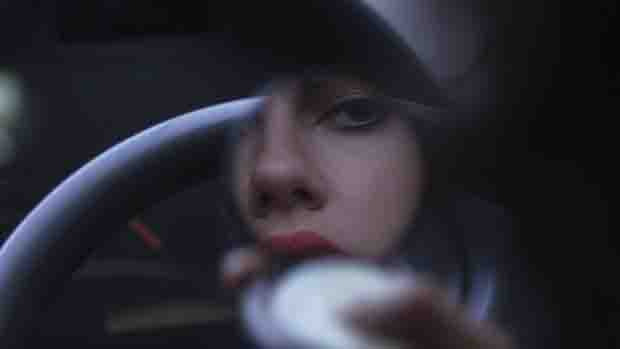 Scarlett Johansson in Under the Skin (Photo courtesy of A24)

Although it’s too early to designate this a golden age of film editing, examples of unexpected, creative and sometimes flat-out radical cutting continue to suggest that the digital turn in cinema has always been, at its fundamental and structural level, about new possibilities for joining together images and sound. This column will explore the rhythms of editing in films that are exemplary — each in their own way — in the manipulation of time and space that is the foundation of editing.

First up is the remarkable, wordless 13-minute-plus opening of Jonathan Glazer’s Under the Skin, which recalls René Clair’s concept of Cinéma pur —“pure cinema” —where rhythm, movement and visual composition carry the narrative rather than words or, in some cases, even plot. It’s an experimental film with a commercial patina only because it stars Scarlett Johansson, whose presence probably attracted a lot of viewers (much like the victims in the film) who had no idea what sort of dark adventure was in store for them.

While much has been made of the film’s extensive use of non-actors — with the exception of Johansson, most of the other performers are untrained and had never appeared in a film before — it’s the editing of the film, both in terms of sound and image, that’s most innovative and striking. Paul Watts, the film’s editor, has said that after carving out a basic cut from more than 200 hours of footage, the challenge was “to discover the tone, to find Laura [Johansson] and her alien perspective within the material, outside of the obvious narrative.” Under the Skin is not alone in its long stretches without dialogue (Gerry, Upstream Color and Drive are just a few others that come straight to mind) but its opening sequence — cold, disorienting and as efficient as the aliens it depicts — is ruthless.

While a complete shot breakdown would take up too much space, the first several minutes of the 13-minute sequence unfold, visually, like this:

• Close-up of light, its source slowly coming into focus: 44 seconds

• Title, Under the Skin (black letters on white screen): 4 seconds

• A stream with small waterfalls at night: 3 seconds

• Another view of stream: 2 seconds

• A winding road in the country at night, a single headlamp approaching: 32 seconds

• Man carries body to back of white van, opens back doors as if to put her in: 19 seconds

• Laura standing over body, looking down at it blankly: 4 seconds

• Close-up of woman’s face, a tear slowly coming out of her eye: 8 seconds

• A medium-long shot of Laura crouching down and gently picking something off naked woman’s stomach, then standing up and examining it: 24 seconds

• Close up of Laura’s fingers, a small ant (from the woman’s stomach) crawling over them: 7 seconds

• An extreme close-up of the ant: 4 seconds

Dialogue only begins during Laura’s hunt to pick up men in Glasgow, and even then it’s sparse, with reservoirs of silence or simply the sound of traffic filling the void. In his 1925 essay “Pure Cinema and Commercial Cinema,” René Clair wrote that pure cinema “can be found in fragmentary fashion in a number of films; it seems in fact that a film fragment becomes pure cinema as soon as a sensation is aroused in the viewer by purely visual means.” The aesthetic risk in the pure cinema of images is that, without dialogue to coerce viewers into narrative pathways, they are free to construct their own meaning. I say “risk” because commercial cinema, in general, prefers its ambiguity in small doses. However, the wide-open interpretative spaces of films such as Under the Skin suggest — sometimes only hint at — the barest sort of coherent meaning — a meaning that becomes partially clearer only in retrospect.

And in the strange déjà vu way that history sometimes works, films such as Under the Skin loop back to early cinema which, unburdened by language, invented an entire repertoire of meaning coded purely in visual terms. Rather than dispensing with analogue-era practices, several digital-era filmmakers have returned to cinema’s roots in silence and montage to create works of art as alienating and seductive as the creatures they depict.