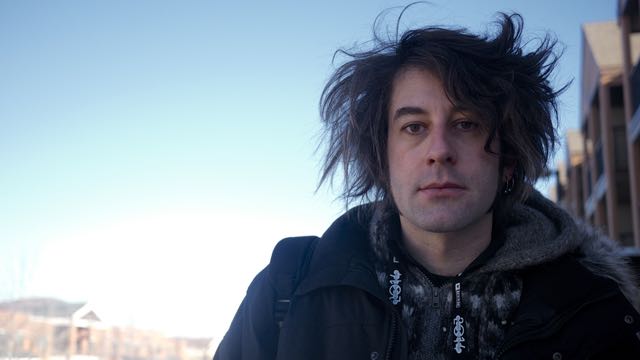 by Scott Macaulay
in Cinematographers, Filmmaking, Interviews
on Jan 26, 2015

Ben Kasulke has literally dozens of credits on his iMDb page, but running throughout his career are collaborations with two directors: Lynn Shelton and, more recently, Guy Maddin. And what’s remarkable is how different those collaborations are. With Shelton, Kasulke affects a seemingly casual, on-the-fly naturalism, never allowing his cinematography to deflect from the actors’ moments. With Maddin, however, Kasulke is working in service to an entirely different aesthetic, one in which a film’s look is part and parcel of its meanings. In Maddin’s work, Kasulke’s lensing takes us far away from the present, back to times when film both looked different and carried with it a whole other set of allusions and correspondences. The Forbidden Room, screening as part of the Sundance New Frontiers section, promises to be another haunting and delirious dive into the untapped psychodramatic potential of cinema’s history. Below, Kasulke talks about making early cinema images with Canon cameras, good days, and bad days.

Kasulke: I was lucky enough to be in the right place at the right time, Seattle in 2005, and was assigned the task of shooting Guy Maddin’s Brand Upon The Brain. Guy and I hit it off and have been running around the world on all manner of short films and features since. We have worked on everything from shorts like The Night Mayor for the National Film Board of Canada to features like Keyhole to the new media installation piece Spiritismes and now are happy to bring The Forbidden Room to its premiere at Sundance Film Festival.

At this point Guy may attribute my perpetual hiring to old habits dying hard, but I hope that after a decade of terrible jokes, near lethal levels of on-set nudity, and intentionally out of focus dailies, that we have locked into a mildly codependent collaboration that truly works.

Kasulke: The seeds of The Forbidden Room came from a huge push of research done by Guy and screenwriters Evan Johnson and Robert Kotyk. The trio were researching a plethora of lost films, features that were made by masters of the Silent Era and shuffled off under a carpet somewhere at the dawn of the Sound Film. Evan and Robert were looking into films by directors like Lon Chaney, Jean Vigo, and Alice Guy-Blaché that had been completed and had just…vanished.

Naturally, a plan was drawn up to create a series of staged seances that would attempt to commune with the spirits of these lost treasures. Guy, Evan, and Robert decided to integrate cinematic recreations into the mix and worked up a plan to rope in actors and a crew and then an attempt was made to house all of this madness on a roving movie set built inside a number of art galleries around the world.

The collected ectoplasm of these spiritual dialogues were eventually tossed into a kettle and with the help of ace editor John Gurdebecke boiled down into a feature called The Forbidden Room.

I wanted to be able to tap into the source material of these directors, to look into their surviving works and to apply Guy’s sensibilities to our attempted resurrection. This meant researching films from a lot of directors, creating a huge ongoing image database with Guy, Evan, and production designer Galen Johnson, and not being afraid to rely on some old camera tricks to keep the Maddin fingerprints all over the scene of the crime.

Kasulke: I was on for the Paris unit of the shoot and cannot speak to the challenges met by DP Stéphanie Anne Weber Biron who covered the shooting in Canada. The Paris Unit was shot in a public atrium of the Centre Georges Pompidou, and we had to create a little hermetically sealed world in the center of a bustling city museum.

I remember looking up at a group of Parisian school children who were above us staring wide eyed down into our little aquarium of a set from an atrium above, and changing my attention to the viewfinder where we were attempting to revive an Aleksandr Dovzhenko film from 1930 with Udo Kier entangled in the barbed wire confines of a faux Gulag far beyond some mortar-pocked Eastern Front.

As a cinematographer, my biggest challenges centered on the need to recreate the feeling of very specific and always bygone eras very quickly, on the cheap, on a small digital camera, with a language barrier amongst the crew, then to quickly switch gears and to repeat the whole process with an entirely different film. We would recreate multiple films in a day, some color, some black and white, rotating our one set into a myriad of landscapes.

On a good day this was exhilarating and wonderful.

On a bad day Guy and I could be found in a corner at lunch soaking up our tears with a baguette.

Kasulke: We had settled on a digital format from the outset for budgetary reasons, knew that we had to move quickly, be almost 90% handheld through a long shoot day, live within the confines of a tiny set, the camera needed to work with a number of rear screen LCD projectors, and have some flexibility in the color grade as we had planned a very aggressive stylization of the footage in post.

For the Paris shoot of The Forbidden Room we settled on the Canon T2i, Canon 5D Mkiii, Canon 7D, Zumi 2+++, and a Sony PMW-F3. The Canon cameras were equipped with stock Canon zooms, the out of the box 24-70 and the 18-135 were the most popular. For the Sony PMW-F3 we used a series of Zeiss GO Primes in T1.3. The Zumi is a self contained toy camera with a magic eye of it’s own.

Kasulke: Our lighting approach was categorized in two camps: the actual seance and then everything else. The seances themselves were lit with a overly stylized gaslit Victorian feel. Or at least as close to a Victorian feel as a handful of 21st Century North Americans and their French collaborators can muster. We kept light levels low, kept our gaslit sources moody and warm. and used smoke and fog with reckless abundance.

The “everything else” category is expansive and huge. The spirit of the films themselves, once raised, could have us shooting anything and everything: a Japanese Pottery shop from 1923, a Von Stroheim Riverboat Casino, High Street Barbershops in the center of London, the chambers of a Danish Baron, movie houses, execution chambers, volcanos, swan laden forests, eel filled seas by night, caverns full of skeleton women…

These film worlds requires all kinds of approaches lighting wise, everything from nods to the expressionist lighting of Murnau, the poetic realism of a Jean Vigo circus drama, the soft gauze of a Von Stroheim close up, and always a heavy reliance on rear screen projection to help create the world of the film.

And of course there were always the handheld lights, Guy and I have relied heavily on what we refer to as the Court Light: named after one of our Brand Upon The Brain! stalwarts, Courtland Premo, who hefted its glorious weight for nine straight days in 2005, the Court Light is a handheld fresnel on a pole, held up and above the camera lens: intended to be focused directly onto the subject and often wandering with a mind of its own. In Paris our Court Light was wielded majestically by chef electrician Romain Le Bonniec.

Kasulke: The sets of most of Guy’s films seem to really thrive in a place of chaotic velocity. If we are going fast, and if our juggled elements are barely staying aloft, then I know we will be making something special that will have the cinematic texture he is known for. In that regard, moving the Guy Maddin circus to the center of Paris with only the poorest grasps of the French language only seemed to help.

On these sets, I have found the enemy of progress is a lack of speed. If a shot takes more than 30 seconds for Guy to explain to me it is best to hand him the camera. If the set looks wrong for an emotional moment it is time to turn the set lights out and dispatch the Court Light. If the scene is too composed to feel emotionally truthful it is time to rearrange the entire set mid scene. If things aren’t working at all it is best to call in Guy’s muse Louis Negin and get his clothes off.

There is a looseness to shooting this quickly, it is easy to direct while shooting, to talk actors through a scene, to change everything on the fly, you have the ability to light someone with a handheld lamp no matter where they are reblocked mid scene. Guy’s tendency to move more quickly than the average film set really liberates the shooting style and allows you to see outside the constrictive world of narrative studio work.

Kasulke: We knew that there would be an extensive and aggressive DI going into the project. Evan Johnson had created a number of filters and composited video tracks to intentionally distress our images with digital dust, rot, and the scratches of long dead projectors. We had been working with a target color palette that was virtually impossible to create on set, so I expected a severe amount of work to be done with our color seances in particular. Evan and Editor John Guerdebecke created all manner of filmic decay to drag our crisp digital imagery back into the realm of 80-year-old poorly stored nitrate. This was a rare occasion where as a DP I was only expected to give source material for a later collage in the DI. As long as we felt like the stories were being told, the emotions being conveyed, and the feeling of the lost film was being put through the personal sounding boards of Guy and Evan then we could feel like we had made a dent in this Herculean task. The true work of texturing and antiquating these images into a nostalgic and possibly non existent age happened entirely in the DI.