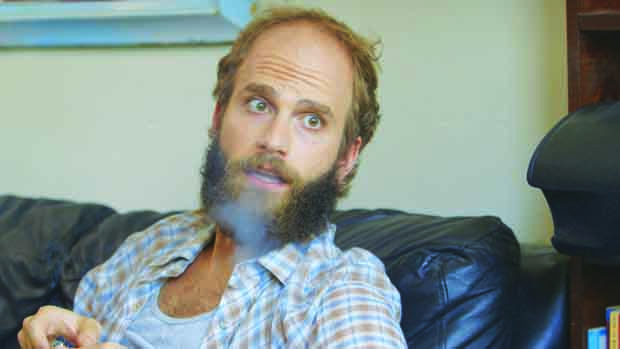 Recently I conducted a nonscientific survey among friends. I asked, “What do you think when I say ‘Web series?’” The response was overwhelmingly negative. From a Hollywood agent friend, I heard, “Waste of time and money.” From a television writer, I heard, “Someone asking me to help crowdfund their reel.” But the most damning response came from a friend outside of the new media/film/TV industry. Their response was simply “Ugh.”

As someone who has made a career making Web series and online videos, that’s disheartening, to say the least. You could have the most brilliant concept for a Web series, and before you can even get that idea out of your head, people’s general response is an involuntary, painful groan.

Unfortunately, Web series have become synonymous with an “Open Mic Night” at the local coffee shop — a place for green artists to come to test new material and perform overplayed cover songs while only their friends and family clap enthusiastically.

This has led me to the conclusion: Let’s kill the Web series.

Let’s tie it up with duct tape, throw it in our trunk, drive to a quiet bridge off Route 80, toss it into the Delaware River and watch it float away.

You might protest, “But the Web series is the future?! It’s an opportunity for unknown creators to reach millions of fans without gatekeepers interfering with their vision. Childrens Hospital started out as a Web series. Look at High Maintenance. Look at Broad City!”

But those are high points in the brief history of web series; by and large, they are ignored and/or disdained.

Talk to people in “the industry” on the subject and the general consensus is that Web series are often:

• light on storytelling and character

• a starting point in a career rather than the end goal.

And this perception isn’t just from audiences and industry; it often comes from the creators. As creative director at UCB Comedy, I hear hundreds of pitches for new Web series. It pains me when I hear someone say, “We can do this quick and easy because it’s just a Web series.”

To my ears, that’s like telling an architect, “We can make this building kind of shitty cause it’s just a house.”

I’m not suggesting that we stop creating series that are distributed online. After all, most media is moving toward online distribution, and we all know a lot of the old-media platforms will soon die forever. And now, because of platforms like YouTube and Vimeo, we have a more egalitarian delivery system to reach audiences.

I simply suggest we just stop using the words “Web series.” Instead we (independent series creators) should co-opt the term AMC, Netflix and Hulu are using: Original Series. Sure, it’s an Orwellian solution, but I think switching out “Web” for “original” creates a shift in perception of 1) what the creator is making, and 2) what the audience is receiving.

As a creator writing an “original series,” my brain just dials into something different than when I’m writing a Web series. Now I subconsciously start thinking, “It’s gotta be a story and style that is different from what others are doing.”

As a viewer, my ears perk up when I hear “original series.” I think “Something original? I like things that are original! I should see this thing.”

Also, the label “original series” is just more accurate. Everything is distributed on the Internet but we don’t call it out in the title. We don’t say Beyoncé released a new “Web album.” We don’t say David Mitchell wrote a new “Web novel.” That’d be silly — and it would devalue the product. Yet both are primarily distributed and consumed over the Internet just like a Web series — er — just like an original series. (See, it already sounds better.)

I talked with Abbi Jacobson and Ilana Glazer, the creators of Broad City — which started as a successful Web series before it became a hit show on Comedy Central — about the current state of Web series. Jacobson nailed one of the big problems that creators face today: “Because there are so many more Web series out there now, it’s a bit harder to create something unique and fresh.”

In order to rise above the saturation, Original series need to have the same care and craft you’d expect of a good film or television series, and we need to ditch some the old “Web series” ways of thinking. Over the past five years I’ve directed and produced several good Web series and a few painfully bad ones. (My most recent good series, Gary Saves the Graveyard, was even listed on several “Best Web Series of the Year” lists from Splitsider to USA Today.) So I’ve learned a lot and offer these tips in hopes that others might learn from my mistakes and successes:

TIP 1: Make something real, not a reel. Many Web series are simply used as business cards. They’re SNL character showcases or glorified reels. Rather than focusing on creating a Web series that will get you the dream job, treat the original series like you’ve already got the dream job. This will create something infinitely more watchable.

TIP 2: Collaborate to elevate. So many Web series I see are obviously created by one or two people. Creating work in a vacuum is hard, and it’s lonely. Finding a group of collaborators with similar tastes but different strengths is crucial. If you’re a sketch actor and you’ve created a bunch of wild characters, find a director who will help showcase those characters in a filmic way. If you’re a writer with a vision for a space odyssey series, find a visual effects creator to help you build that world. Even if you have zero dollars to spend, these creative people are all over and just as eager as you are to do great work that they’re excited about. Find them!

TIP 3: Fail big. I think it’s vital to accumulate several hard drives of failed projects. I believe in the Malcolm Gladwell idea that it takes 10,000 hours until you’re going to be great at something. And in my personal experience, being overly ambitious (both in the number of projects and in the types of challenges you take on) will help make you a better storyteller and smarter filmmaker.

For Gary Saves the Graveyard, we gathered 100 non-actors and put them in zombie makeup and period costumes. The shot took seven hours to shoot and weeks to prep. It’s in the final episode for under five seconds, and I regret nothing.

Being ambitious doesn’t mean you need big budgets. It can be simple in execution. Go watch Marcel the Shell with Shoes On from Dean Fleischer Camp and Jenny Slate. From a production standpoint, it’s a googly eye, a shell and one nice lens. It’s simple, and it’s great.

Also, it’s okay to make something that turns out bad. (As far as I can tell, that’s the only way to get better.) What I ask is that we aspire to make something worth telling and that we do it in a thoughtful way.

TIP 4: Just Don’t Even Make These. There are three series I never need to see again.

• Two Friends Trying to Make It in the Big City

• Rotating Door of Crazy People in a Transaction Scene

I love Broad City. Both the Web series and the show are so funny, unique and felt true to Abbi and Ilana. Since their success, I’ve seen a dozen imitators crop up. Now, am I saying that you should never make a series about two poor twenty-something roommates who want be writers in New York City? Listen, there is always going to be a fresh take on something that’s been done before, but if it’s between the above and a series about three friends who enter a suicide pact — I’m going to want to watch that second story because it’s one that takes me on a journey that I haven’t experienced. (Also, go watch Pact by Brinkman. It’s so dark and hilarious.)

TIP 5: Storytelling is priority No. 1. Tell a story that needs to be told. Not every element of your series needs to be novel or cutting edge, but it should be unique to you. The most memorable content often feels like, “This is the only person who could have told this story that way.”

Here are some of my favorites: High Maintenance, Broad City, Marcel the Shell and Pact. Also I not-so-humbly recommend these series that I directed: Gary Saves the Graveyard, Pursuit of Sexiness (created by SNL’s Sasheer Zamata and MTV’s Nicole Byer), Engaged (created by UCB’s Laura Grey and The Daily Show’s Jordan Klepper). As you watch, think about what you like and what you don’t like, and use that to inform your own work.

WILL THE WEB SERIES DIE?

Web series are only going to get more popular, and it’s the clear way for new filmmakers to reach large audiences.

Abbi Jacobson agrees, “Without a doubt I would still make a Web series today. It’s the perfect opportunity to take creative control of your own voice.”

And Ilana Glazer adds, “There is some near-future chapter to this [Web series] game that I don’t know yet and nobody knows yet, and it’s up to the next wave to define that.”

Ben Sinclair, co-creator of High Maintenance, agrees, “There are whole swaths of uncharted territory in terms of genre. For instance, I have yet to see a compelling murder mystery done well in Web series. For the scrappy auteur, [a Web series] is still the lowest barrier to entry to get her or his work seen.”

So by all means, make a Web series. Just don’t call it one.