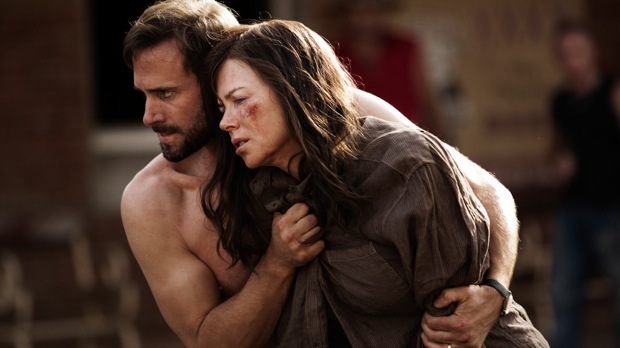 There were many fears that arose for me during the making of this film… but the main one was… would it ever get over the line and get made? And the “story” that came up for me around that was – would I have worked for twelve years on it all for nothing? And therefore, where would that leave me and my career? Who would I be without having made Strangerland? So, at a certain point I had to reconcile that I had done EVERYTHING possible to get it financed. I’d worked tirelessly on the script with the writers and the producers for 12 years. I’d gone all over the world pitching it to investors. I’d made a half hour drama (along with all my other drama shorts and TV and long form documentaries) to show more recent drama work. I’d got an incredible Oscar winning cast on board. I had a brilliant crew attached. I’d made vision bibles, mood boards, I’d done the Binger Lab for directors in Amsterdam, I’d directed and edited scenes from the film. I lived it inside and out. And then I realised… I had earned it, and learnt so much and no one could take that away from me, even if the film never got up – I knew how much I’d grown, as a filmmaker and as a person, through developing it. And that was enough. I was enough. And that allowed me to let go of needing it to happen… in order to feel OK about myself. And then of course, as soon as I let go, it got all this traction and then I did the final pitch, and together with the incredibly hard work of my producers, the amazing script and all this wild talent on board, we got it over the line.