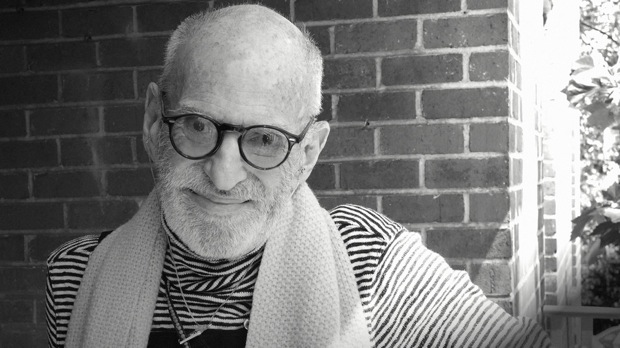 The biggest fear I had while making the film was that I might actually be documenting Larry’s passing. Just as we started the final push on the documentary, Larry became critically ill and ended up in intensive care. The grave nature of his illness brought back terrible memories of witnessing my friends die of AIDS in the 1980’s and 90’s. Also, my father had recently died. Being part of a family scrambling to keep him alive was another sad reminder of how even the most concerted efforts are not necessarily enough to disrupt a death spiral once it takes hold.

Larry continues to be a gay father figure to me. I didn’t want him to suffer, and I certainly did not want to make a documentary that concluded with his passing. I really wanted to create a “warts and all” portrait of a fearless drama queen by embracing the kind of fierce gay humor I had cut my teeth on. I wanted to show how many of us in the movement rolled our eyes at Larry like petulant children, even though we both respected and feared his anger. People would have wanted to make a saint out of him if he died.

But, thankfully, Larry is a fighter. His partner, David, was always in his corner — pushing him on, visiting, bringing him food and newspapers. Whenever David walked in, Larry would light up. His love for David was a buoy that kept him afloat.

While I did see a gaunt and skeletal Larry suffer, I also witnessed his tough core emerge. He fought back, endured critical setbacks, then slowly but surely got back on his feet — and I knew I had witnessed something just short of miraculous. To glimpse his resilience was such a gift to me. To be able to show Larry engaged in the fight of his life was as close to the bone as I could go. It helped me face my own fears and see, through Larry’s example, the kind of determination that continues to bring the cause of LGBT people forward.