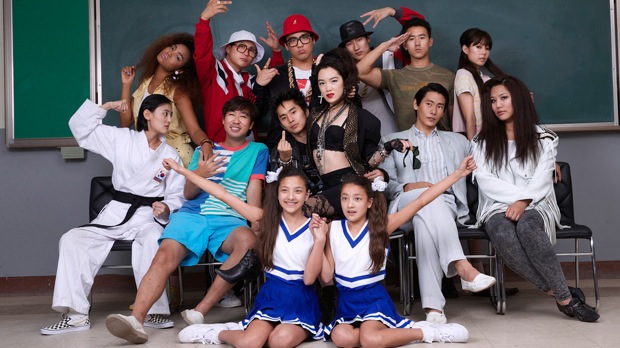 FEAR. The worst four letter word that torments my favorite four letter word: HOPE. I have lots of fears for different stages of my film but I will focus on the primary ones. The biggest fear I had during the entire process of making my film were actually two things. The first is the most common one that most filmmakers have which is the fear that your film doesn’t turn out the way you wrote or conceptualized it. This leads me to my other worst fear. Seoul Searching was filmed entirely in Seoul, Korea where I had to work with a predominantly Korean crew. It’s hard enough to make films in your own country so imagine doing it in a foreign one where you have very little command of the language.

There was always an element of the unknown nagging at me because there’s so much lost in translation and quite often, we found what was normal in our culture was completely opposite in Korea — and that’s just behind the camera. I had a few scenes where I had to work with Korean actors in Korean where I found it very tough to gauge the quality of their performance because of my lack of understanding of the language. There are so many details beyond the dialogue that’s important in determining the quality of a performance such as inflections and beats, and every language is completely different from each other in those ways. But I was lucky enough to be surrounded by a number of people who I trust that helped me get though it all and I couldn’t be happier or prouder of how our movie was made and turned out.

Re: my fear at Sundance, it has everything to do with the fear of not finding the right home for our film. It took me sixteen years to make this film and nothing would make me happier than to find a distributor that will show it to a broad audience, and of course, make that money for my investors who believed in me.