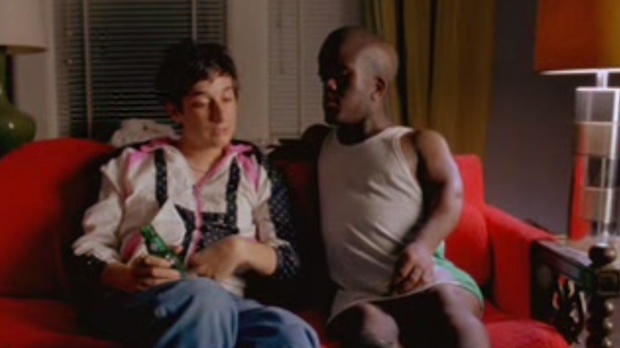 Bryant Crenshaw, the local Nashville icon who co-starred in Harmony Korine’s Gummo, died Thursday night after being struck by a car. He was crossing Murfreesboro Road in Nashville around 7:00 PM when he was struck by a pick-up truck, local news reported. He was 42.

The dwarf actor was best known for his appearance in two of Gummo‘s most indelible scenes — the last two shot for the film on its storied, 19-hour final day of production. In the first, Crenshaw, clad in an “Israel” t-short, arm wrestles and beats skater Mark Gonzalez. In the second, he hugs it out with Korine after the writer-director’s woozily plaintive monologue.

From my own brief dealings with Crenshaw while working on Gummo, I remember him as sweet, funny and completely serious and focused on his part in the movie. In an email, Korine writes:

“Lil Bryant had the same magnetism as early Brando and the same mystic quality as James Dean,,,,he could have been the mayor of Nashville in another lifetime,,,he was an artist of the hobo lifestyle,,,he inspired a generation of kids who grew up with him like me,,,he was one of the greatest,,,lil Bryant r.i.p 12 Ave soldier”

Following Gummo, Crenshaw was cast in a number of local shorts as well as the feature Trite This Way. A Go Fund Me page has been set up for his funeral expenses and to benefit Nashville’s homeless community.