In Memoriam: Richard Glatzer and Grief 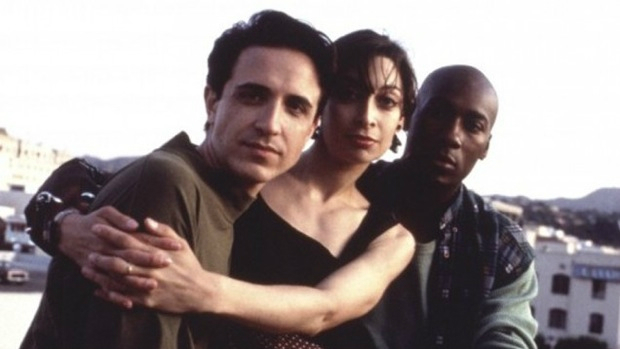 When I first I met Richard Glatzer, it seems all we talked about was grief. It was the early 90’s and grief was part and parcel to far too many dinner conversations back then. But Richard wanted to do something more than just talk about grief; he wanted to make a movie about it.

We had met at Sundance where he had given me a script he wrote and asked me to play the lead. As I started reading Grief, I was immediately impressed by how funny, touching, and wise it was — hardly the somber meditation on death the title implied. Halfway through, there was a monologue where my character, a thinly veiled version of Richard, discusses an aspect of the grieving process – this idea that you, the living person, become the custodian of the deceased person’s story, of this terrible responsibility one feels to “get it right,” that forgetting one minute of their life felt akin to some kind of horrible crime. The scene that Richard wrote was meant to communicate the burden bestowed onto the living when someone passes away and it was the kind of writerly observation that can only come from life experience.

Because it had. Grief existed because Richard’s lover Donald had died of AIDS and he had taken something painful and turned it into something creative, constructive,useful. This process of alchemy would begin with his first film and would continue to his last. He passed away on Tuesday at 63 years old, although he always seemed perennially 38.

Richard was so many things; an activist, a nightclub fixture, a filmmaker, a reality TV producer, but to me, he was, first and foremost, a writer, a storyteller. Richard created from the truth of his own experience and, because of this, his work had an authenticity that was undeniable, as if there were a singular thread that reached out to you, the viewer, and pulled you in. In Grief and Still Alice, you had the feeling that the person telling these stories had earned the right to tell them. In both, Richard had taken something painful — the loss of a lover, the loss of agency over the body that houses you — and, through his work, turned that pain into something useful, productive. As an alchemist, Richard was a genius.

Some movies you work on and you never see the people again. Not with Richard. He was my friend and mentor and seemed to be from another planet entirely. When I met Richard, I hated Los Angeles. I was from New York and hell bent on not drinking the LA Kool Aid but Richard showed me that there was so much more to the city he loved than self-help gurus or Hollywood types. Richard lived in Echo Park and made the East Side of LA hip way before there were hipsters; his love and enthusiasm of his neighborhood resulted in the beautiful Quinceañera. Again there was that thread, of work born from his life experience. Richard was not Hollywood but he was Los Angeles. He made it cool. I live here now.

And then there was Wash, who Richard met right after Grief. If you are a person with hopes of finding a suitable mate and witnessed the evolution of that relationship, well, you can just pack up your bags and go home. What they had was as rare as two unicorns finding each other at the end of a rainbow. People use the words “soul mate” so frequently and that was true, but they were so much more than that, they were task companions. They had shit to do. There was an air of fate that hung around their union; you saw it, felt it, although they brushed it off. It was beyond the pale, a connection so profound and at the same time utterly routine and normal. They gave you hope that you too might someday find your Richard or your Wash, even though you knew it was probably not going to happen.

A few years ago, I ran into Wash and he said Richard was having trouble with his tongue, something I didn’t think much of at the time. As you enter middle age you grow used to hearing of friend’s weird medical idiosyncrasies, you make jokes about breaking hips when they tell you of their osteoporosis diagnoses. Then I heard that Richard had ALS, a disease I’m embarrassed to say I knew so little about that I had to Google it. It wasn’t until I attended Richard and Wash’s wedding that I realized the severity of his illness and of its rapidity. Richard was unable to talk and his vows were spoken by his iPad in the living room of their cozy, eclectic Echo Park craftsman. To say this was the most beautiful wedding of my life would be an understatement. This is what marriage is for, I thought. This is what love really is, I thought.

There is something about a writer’s life. Strange things happen to writers. Stories happen to writers. Maybe we are looking for stories more than other people. Maybe we look for the poetry when there is none, or tragedy. There are people who will look at Richard’s death as tragic and it is. He was too young and there was still so much to do. It isn’t fair. But there was also an undeniable poetry in how Richard left us. As Still Alice swept the awards season, Richard’s health took a turn for the worse; it became obvious to those around him that Richard was, literally, living for the Oscars. He’d had a set back and would be unable to attend the ceremony and I joked that if Julianne Moore did win, he should greet the press at the door, in his robe, like Joan Crawford had when she won for Mildred Pierce. He laughed.

Of course Julianne Moore did win and her shout out to Richard made me realize that this, all of this, was part of the story. In the weeks following, the man who wrote from his experience, the alchemist, would still be telling stories, but in reverse, writing the perfect final act for his own story, filled with poetry and beauty and humor and cliff hangers. Until the end, he was mining his own experience to illuminate something for us yet again – what it means to love and to be loved. What it means to not give up in the face of adversity. What it means to live a life passionately, fearlessly. Now it is on all of our shoulders to make sense of this immense loss, and to help Wash be the custodian of his memories of Richard. I can’t believe he is gone. He had a profound, immeasurable impact on my life and on so many others and it all seems so surreal. But then again, that’s exactly how he described grief to me, all those years ago over Thai food in Silver Lake. It never occurred to me during those conversations, nor the making of his film, nor in the two decades of friendship that followed, that I would someday be writing about my own experience with grief. About my grief over the man who wrote about grief. A warm, brilliant, funny, kind, generous alchemist, Richard Glatzer.