Wealth and The Game: Five Miscellaneous Observations on The Jinx 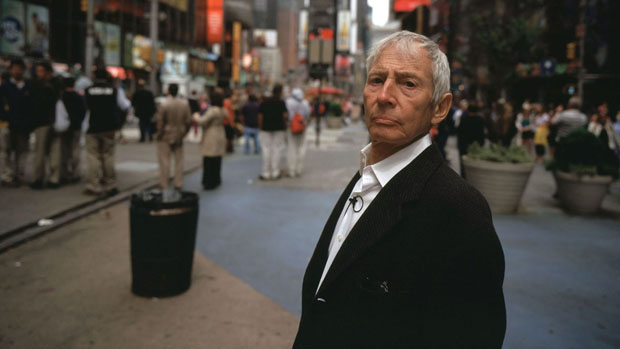 The Jinx: The Life and Deaths of Robert Durst

Like a lot of people, I’ve been hypnotized the past few weeks by Andrew Jarecki’s six-part HBO miniseries The Jinx. I’m not a TV writer, and I didn’t take notes while watching. These are five stand-alone observations in the interest of sharing in collective fascination with the series. NB: this is nothing but spoilers.

1. It’s completely germane that Andrew Jarecki (Princeton alum, father of a successful businessman, Moviefone co-founder) comes from money — his is surely the only family in America with the means to produce three documentary filmmaker siblings in the same generation. This privileged perspective has bitten another Jarecki in The House I Live In, in a cringe-worthy moment when brother Eugene tries to demonstrate conspicuous empathy by explaining he can understand exactly how painful mandatory minimum sentences are because it happened to his family’s longtime nanny (!). But that background is a big advantage for this project, because Andrew Jarecki is absolutely secure and confident when facing off against a very wealthy subject and his milieu. Another director might feel intimidated by this prospect, but Jarecki has no evident flutters. Imagine someone who fought their way up the ladder walking up cold to Douglas Durst at a gala and accosting him for an interview without dropping the façade of two equals having a cordial public meeting. Conceivable, but it wouldn’t be as easy.

2. Errol Morris is the unabashed reference point  for Jarecki’s luxuriously slo-mo recreations of Susan Berman’s shooting and the other, numerous shots that verge on portentous looming but come off just on the right side by being legitimately hypnotic. (“We have to tip our hat to The Thin Blue Line,” says d.p Marc Smerling.) Morris is also there in the repeated return to certain shots and situations revised as the story changes: most notably the train platform at Katonah is first occupied, then empty when it becomes clear Kathleen Durst was probably never on it. These are Big Images verging on NFL Films hyperbole, and Jarecki gets away with it.

3. Pretty much anyone working with multiple archival sources is, at this point, also making a movie that’s a lesson in how much television presentational standards, photographic detail resolution, et al. have changed both over the last 50 years and also in the last five. There’s e.g. a world of visual difference (or there appears to be, but I’m pretty sure I’m right about this) between the early talking-heads footage of everybody and more recent footage (GoPro?) of Durst’s stepson Sareb Kaufman zooming down the streets of LA on his motorcycle.

4. When Durst talks about watching his mother jump to her death from the roof at age seven, it’s hard not to imagine that his story was on the mind of The Game’s screenwriters, who pulled a gender switch in assigning Michael Douglas’ early trauma to witnessing his dad’s suicide. I suppose John Brancato and Michael Ferris could’ve independently conceived the idea of a selfish, insanely indifferent millionaire forever scarred by watching that parental plunge at an early age, but that’s hard to imagine.

5. Watching Durst’s body break into burping rebellion made think of Anwar Congo breaking down at the end of The Act of Killing, and I wasn’t the only one. No other meaningful connection; I’m assuming it’s a weird coincidence, not that there’s a storied history of people who killed and got away with it suddenly having their digestive systems turn on them when confronted and unaware to bluff anymore.