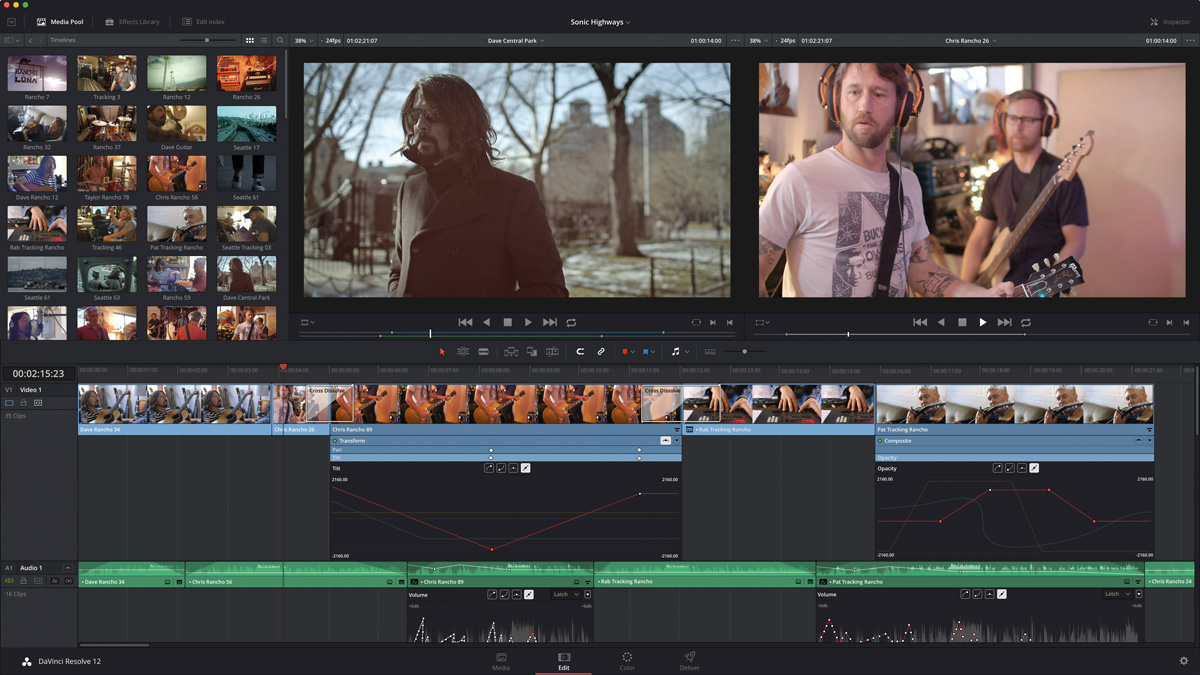 by Joey Daoud
in Filmmaking, Post-Production
on Apr 16, 2015

While most of the attention paid to Blackmagic’s releases at NAB went to their slew of new and updated cameras, they also released DaVinci Resolve 12, which they say has made a bigger improvement in the last year than their last five years of updates. When they introduced 11 last year, they announced new editing tools within the app. They’ve further expanded Resolve as a feasible NLE with multicam features, tons of trim mode options, and a brand new audio engine for audio editing.

I played around with Resolve at the booth. The timeline definitely felt familiar and the ease of making edits and adding clips was impressive. Best of all, Resolve Lite is still free and very powerful. You get all the editing features, just not the collaborative editing options and advanced tools in color correction like motion tracking and noise reduction.

In speaking with a rep at the Avid booth, they made clear that nothing is set in stone. But the general idea is that Media Composer First would be a simplified version of MC, to be less intimidating for editors starting out with the program. The timeline and smart tools would remain the same, but the interface would be more streamlined and you’ll definitely see fewer options, though for the casual editor most will probably not be missed or needed.

The timeline is expected to be capped at four video tracks and eight audio tracks. Also planned is a limit of three projects. You won’t be able to save projects locally; they will be stored through a cloud service hosted by Avid (your media will remain local). However, there will be no watermarking or time restrictions. You can take a project from start to finish and export a clean, edited project. Again, this is all subject to change but this is the direction it looks like they’re going. It’s expected to ship towards the end of the year but they’re inviting users in batches based on signup order on their site.

While not free, the updates to Adobe Premiere present an interesting trend in the merging of workflows into a single application, which I think is a huge benefit to post workflow. While Resolve has gone from a color grading app into a NLE, Premiere’s biggest update is the Lumetri color panel, built on SpeedGrade’s color engine, bringing more powerful color correction to a NLE.

Even FCPX 10.2, the latest update released on Monday, has vast changes to its FX and color correction, further making its color and FX capabilities more powerful.