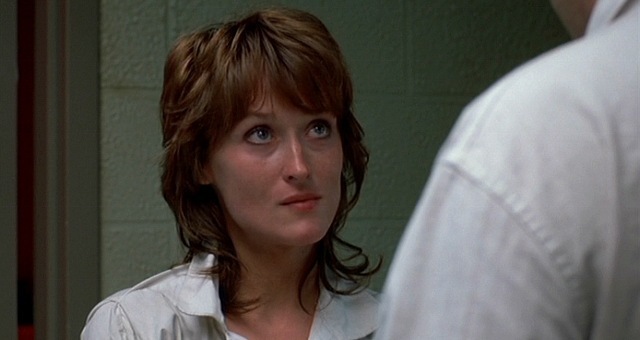 by Sarah Salovaara
in Filmmaking, Screenwriting
on Apr 27, 2015

Meryl Streep was making waves as usual when it was announced during the Tribeca Film Festival that she had come aboard to fund a new initiative from New York Women in Film and Television and the IRIS collective. Called The Writers Lab, the inaugural retreat will take place in upstate New York in September at the Wiawaka Center for Women, and pair eight women screenwriters over the age of 40 with established mentors including Gina Prince-Bythewood, Kirsten Smith, and Mary Jane Skalski. Filmmaker spoke with Terry Lawler, Executive Director of NYWIFT, and IRIS co-founders, Kyle Ann Stokes, Elizabeth Kaiden and Nitza Wilon, to learn more about the Lab’s conception and aims. Applications are currently being accepted from now until June 1.

Filmmaker: How did the collaboration between IRIS and NYWIFT come about?

Lawler: NYWIFT was excited about the idea of a writers’ lab for women over 40. Women writers need more support. And targeting the over 40 population was a good fit for us, because we know that it gets harder for women in the industry as they get older. We already had a program for women over 40—the Ravenal Foundation grant provides production grants to women over 40 for their second feature.

Stokes: We were inspired early on by a book compiled by Michaela Walsh who started Women’s World Banking. We saw a parallel between the old boys club of banking and Hollywood. So rather than trying to fight against the established system, we knew we had to rely on ourselves and try something new, so we founded IRIS and came up with the idea of the lab.

Wilon: We talked to Terry Lawler, the Executive Director at NYWIFT, an organization that’s all about empowering women in film and TV, and she basically said: “Let’s do it.”

Filmmaker: How did Meryl Streep get involved?

Wilon: We were sending out letters requesting funding, some of them shots in the dark. But we knew Ms. Streep had a relationship with NYWIFT, and a history of championing the voices of women. And then Ms. Streep showed her appreciation for Patricia Arquette’s speech about equality for women [at the Oscars], which was such a satisfying moment! We reached out, and her funding came a few weeks later.

Filmmaker: Is the lab geared more toward first time scribes or is it open to professional screenwriters who simply have a hard time getting their script off the ground?

Kaiden: We are looking for fresh perspectives and new voices, but also for talent, craft and viability, much of which comes with experience.

Filmmaker: Why did you decide on 40 for the cut off age?

Stokes: First, as young women growing up, we didn’t have the same opportunities that young women have today:  the internet, digital filmmaking, non-linear editing, film schools all over the country, women in leadership roles, women in the director’s chair. We’re a lost generation that’s still alive. Second, women over 40 have knowledge, experience, ideas, perspective, and a wealth of stories to tell. Plus, they want to watch movies that speak to that complexity. They’re working against our culture’s entrenched sexism and ageism.

Kaiden: Third — let’s be honest — we have children, partners, parents, households, and jobs and, even in 2015, we often shoulder those responsibilities disproportionately, and it’s hard to catch a break.

Filmmaker: What do you see as the next step for the participants after the lab? Will you aim to help them toward production, or in some cases, attaching a director?

Kaiden: The eight scripts ultimately selected will be at the Lab for good reason. We’re confident that with development support from knowledgeable and talented professionals that these scripts will gain the attention of producers and directors.

Lawler: NYWIFT has another program that some of the writers from the Lab will be able to take advantage of. From Script to Pre-Production is a workshop developed by our member Elizabeth Page in which a group of women work together to “package” their scripts for potential producers and financiers. They write log lines and synopses, create budgets and look books, set up legal entities — everything they need to do to create an alluring package for investors and producers. We also have grants for production, post-production, promotion and marketing. Hopefully, we will be able to assist some of these women along the way.