“The Idea of Bringing a Camera into an Interview is Unfathomable to Me”: Bianca Giaever on the She Does Podcast 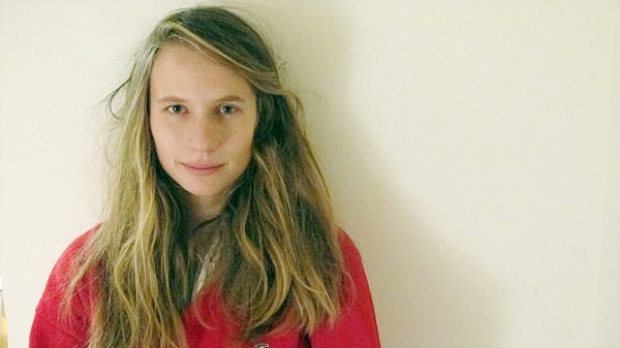 by Elaine Sheldon and Sarah Ginsburg
in Filmmaking
on May 20, 2015

Bianca Giaever, She Does Podcast

Bianca Giaever is a radio producer, filmmaker and our youngest guest to date. You may have heard her on RadioLab or This American Life or seen her short films on NPR, The New York Times or featured as Vimeo Staff Picks. She recently won a Webby for Videos 4 U, a new series she’s heading for This American Life. In this episode, Bianca talks about her inherited curiosity and inclination to talk to strangers as well as how her personal life, questions and struggles influence the themes of her work. We talk about the paralyzing effect of your first successful project, the fogginess of the sophomore slump and how to be patient instead of forcing an idea. She’s a delight and full of contagious energy that is sure to make you want to throw yourself out there and make work.

Good Ideas Take A While to Develop.
After I graduated, it was a completely overwhelming introduction to the real world; having an apartment, paying bills, moving — all those things happened at once. I sort of thought because of The Scared is Scared did so well, that I would jump into the next thing quickly. I was getting so many cool offers, and there was a lot of great opportunity if I had a really good idea. But I think it takes awhile to have a good idea. It takes a certain amount of time, exploration and self discovery. I don’t have a ton of experience yet being stuck to know how I get unstuck. I haven’t fully pulled myself out of it to know. For inspiration, interviewing people is really natural to me. I’ll interview them and I won’t know why I”m doing it and then that will lead to some sort of idea I can do. But there’s a lot of garbage that I sort through to get to that.

Know Your Strengths But Experiment and Take Risks.

I had always pictured myself going into public radio after college and staying in radio forever and being really dedicated to that, and so being associated with doing video was strange, but my videos are only good because of my radio experience which allowed me to tell a good story and edit it into an interesting story. The film aspect of it was always more like an afterthought.

Consider How The Medium Changes The Experience.

The idea of bringing a camera into an interview is unfathomable to me. A: Because I think talking heads are pretty boring so why would I want video of that anyways. And B: I just find the audio much more intimate, and even sometimes more intimate if you can’t see the person talking. I love getting the mic right up next to their mouth and you get that feeling that they’re talking right to you or whispering in your ear.

An Interview Is a Mutually Beneficial Experience.

Having a tape recorder there is just an excuse to be able to ask these questions that I’m really wondering about and struggling with. I guess what’s served me best is to just share things about myself and that’s always led to great interviews and conversations and things that have been genuinely helpful to me. It’s created deep relationships between me and the person I’m interviewing and a great lesson is when you share something about yourself people are usually grateful and willing to share something back

Put Yourself Out There And Then Take It All In.

I really like the cycle of the process as a whole actually. In gathering true stories, there’s a phase where you’re really out in the world, experiencing a lot and it’s overwhelming and you’re getting all this input, input, input and you’re interviewing and talking to a bunch of people and then that’s followed by a very meditative, reflective, solitary period of editing alone in a room with just their voice, which feels really peaceful. So, I find a lot of balance in that process of being out, out, out with your feelers out and then becoming very reclusive and working on this thing pretty much in secret and in hiding and then revealing your jewel or whatever you’ve perfected, just the way you want it, to the world.