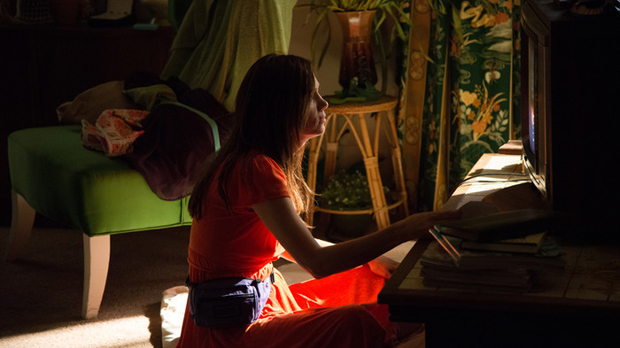 Kristen Wiig in Welcome to Me (Photo courtesy of Alchemy)

As Vincent Scordino, senior vice president of marketing at rising distributor Alchemy says, “Ancillary platforms have always been important to a film’s profitability, but now we’re talking about them more with the rise of iTunes and the way the industry looks at those platforms. When you have talent that is more likely to support online releases — and when people like the Duplass brothers are saying, ‘Don’t be afraid of VOD’ — all of that becomes meaningful.”

Indeed, after a number of years of uncertainty, digital releasing has finally caught up with the industry’s hopes and dreams. According to PricewaterhouseCoopers’ annual report on media and entertainment, video streaming will be a $12 billion industry by 2017, which is well above global box-office figures. No wonder Bob Berney, the veteran distribution executive renowned for releasing such crossover hits as Memento, The Passion of the Christ and My Big Fat Greek Wedding, joined Amazon Studios’ new film division. In the current specialized film ecosystem, companies like Amazon, Netflix and HBO are playing in the same space as Sony Pictures Classics, Fox Searchlight and The Weinstein Company.

Paul Davidson, senior vice president of film and TV at another growing company, The Orchard, says new platforms such as digital, cable and the burgeoning SVOD space — from Netflix to Prime — are all seeing year over year growth. “And with more players throwing their hats in the ring to create unique, audience-specific SVOD services and apps,” Davidson explains, “there’s more opportunity to license your content on a worldwide basis.”

Digital technologies are also enabling a more collaborative approach between filmmaker and distributor. At The Orchard, Davidson takes pride in a “dashboard” that allows filmmakers to view the performance of their films — in almost real time — across theatrical, digital and cable platforms, along with a line-by-line P&A spend compared against advances paid to the film. It seems fitting, then, that the forward-looking Duplass brothers recently signed a seven-film distribution deal with The Orchard.

Such changes help explain why companies such as Alchemy and The Orchard (and on a larger scale, Broad Green Pictures, which will also be doing studio-style wide-releases), are betting big on the type of specialty films that Hollywood abandoned years ago when companies like Berney’s Picturehouse (since relaunched), Warner Independent Pictures and Paramount Vantage were shuttered by their corporate parents.

“It is a space that’s been neglected,” says Scordino, who believes that Alchemy, which was formerly Millennium Entertainment, has the flexibility, library and direct ancillary deals to flourish in the current environment.

Alchemy, for example, was particularly aggressive at Cannes, acquiring arthouse films such as Nanni Moretti’s Mia Madre, Gaspar Noé’s Love and Yorgos Lanthimos’s The Lobster that were once the exclusive domain of a Sony Classics, Magnolia or IFC Films.

It’s almost impossible to gauge the fortitude of these new companies from the standard box-office reports. One of Alchemy’s biggest hits thus far, for example, is the Kristen Wiig starrer Welcome to Me, which earned $608,852 theatrically. Hardly something to crow about on the surface, but Scordino claims it’s the second highest-grossing multiplatform release of the year. (The first is from another retooled outfit, Focus World’s 5 Flights Up, with Diane Keaton and Morgan Freeman, which hit $1 million.) Both films benefited from the presence — and promotion — of stars recognizable to home-entertainment users, which, says Scordino, “is the most important thing in the world for these films.” Talent, he acknowledges, has to support the new release windows.

Similarly, another new distributor, The Film Arcade, takes pride in its day-and-date hit, Song One, starring Anne Hathaway, which made only $32,251 at the box office but “performed quite well for us across digital platforms,” says Film Arcade co-founder Andy Bohn. “The box office was modest,” he admits, “but we knew the majority of audiences would see it on the home windows.” The fledgling company remains committed to old-style theatrical rollouts, such as this fall’s release of James White, but Bohn admits that day-and-date digital releases have become a larger part of their slate than when they first launched.

Despite the emphasis on VOD, all the new distributors still speak about the essential function of theatrical distribution as a conversation starter. As Alchemy’s Scordino admits, “Theatrical success is still important to break through the noise: It’s the clearest path to upside.”

For that reason, Broad Green has plans to be aggressive in the theatrical space, reaching beyond its slate of specialty films (i.e., 99 Homes, Learning to Drive) to put out a reported six to 10 $25 million to $75 million budgeted films a year on more than 2,500 screens. Given the current new-media oriented climate, and Broad Green’s lack of strong home entertainment deals already in place, the move seems especially risky. But the company founders say they’re in it for the long haul. In a conversation with journalist Anne Thompson at Thompson on Hollywood, co-head Gabriel Hammond likened their strategy to their 10 years building up financial services companies. “It was one of those situations where we set out to be a first mover and build a brand and a culture over a decade-long time frame,” he said. “That’s what we’re doing here.”

If Broad Green can sustain its effort for another decade and build up or acquire a library of downloadable titles, it might just work. “Surviving,” as Film Arcade’s Bohn says, “is success in this business.”