“As a Film Community, We are Moving Away from a Culture of Scarcity and Toward a Culture of Plenty”: Emily Best on She Does Podcast 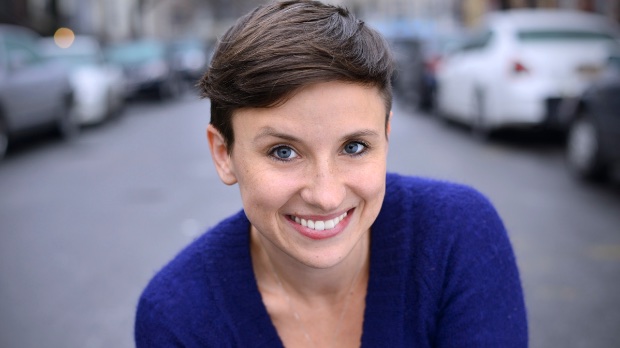 by Elaine Sheldon and Sarah Ginsburg
in Filmmaking
on Jul 29, 2015

Crowdfunding, Emily Best, She Does Podcast

Emily Best is the founder and CEO of Seed&Spark, a crowdfunding and distribution platform for independent filmmakers. She’s also the publisher of Bright Ideas Magazine. Emily has raised hundreds of thousands of dollars in crowdfunding for film and contributed to over 300 campaigns to date through Seed&Spark. She brings experience from producing live theater and running restaurants to the film industry, and she lets us into the world of investors and film distribution. Emily travels to festivals and conferences around the world on the #stayindietour and was named one of the 2013 Indiewire Influencers, 2014 New York Women of Influence, 2015 Upstart 100. She’s a daring individual who encourages us all to create meaningful communities around our work.

Pirate = Producer
Being a producer is like being the captain of a pirate ship. You have to get a bunch of people with conflicting priorities to all agree, ‘we are going to sail in that direction,’ and avoid mutiny to the best of your ability.

“You have to stand for something.”
If you’re going to add to a marketplace that’s already flourishing, like crowdfunding is, or do something that’s almost nostalgic like print, it has to be because that medium is meaningful and also you’re adding meaningfully to the medium.

“Find your people”
The thing about being an artist is there’s always room, but now more than ever if you want to make a sustainable living it’s your responsibility to find the people who also want you to have a sustainable living doing what you do. There’s something about being really committed to a set of ideas that are important to you, and continuously articulating that value system to yourself and to your community in a meaningful way. And you will find your people.

“We are moving toward a culture of plenty”
As a film community, we are moving away from a culture of scarcity and toward a culture of plenty. I host a Women In Moving Pictures Salon (WIMPS) in L.A. once a month where we gather, get some drinks, sit down, and talk. And the list is now 200 women long. What’s so profoundly satisfying to me is how much work women are getting because of this Google list. There was a group of women last weekend who, the director, the DP, the writers, the actors…everybody was from this group. The WIMPS list is now really putting women to work and showing me immediately what a culture of plenty can cultivate and how quickly.

Embrace the antiheroine
What we’re promoting is a world in which people get to tell their own hero stories. They might also wish to tell stories about profoundly broken people. Laura Goode (Farah Goes Bang) writes a regular column called the Antiheroine about women who don’t have to be mythically heroic anymore. We don’t have to be perfect. We can be dichotomous and flawed. And if you look at what Keri Russell is doing on The Americans, what Viola Davis is doing on How To Get Away With Murder, what Robin Wright is doing on House of Cards, and what Gaby Hoffman is doing on Transparent. She is kind of despicable. I hate her and I am so happy that she’s a character on screen. This is where I feel like we’re winning at feminism right now, or we’re winning at diversity, is when these characters can emerge onto the screen.

Visit She Does Podcast here at their site.