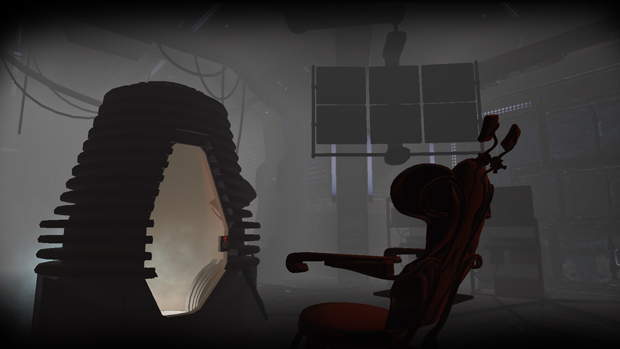 Now in its nineteenth year, the Fantasia International Film Festival is known as one of the premier destinations for exciting genre cinema. With a focus primarily on horror, Asian genre fare, and more indescribable film art, this three-week Montreal festival annually takes over Concordia University and other venues to entertain in provocative fashion. And while there are many goings-on taking place concurrently within the city (such as the massive Just For Laughs comedy fest and Osheaga’s live music performances), Fantasia always seems to hold a special place in the province of Quebec.

“We’re not a subtle event,” co-director Mitch Davis noted in his welcome address in the official festival program. He’s right. Where else is it custom to meow loudly likely a cat when the lights go down before a feature begins? I’m still not sure how that tradition began, but I approve of the audience’s persistence in keeping it alive year after year. And where else can you find legendary horror advocates appearing as enthusiastic for an upcoming feature as the sea of ticketholders in the theater? Tony Timpone, famed Editor Emeritus of Fangoria and currently a Fantasia co-director of international programming, introduced several screenings with his usual palpable excitement and friendly demeanor. Davis was his usual rockstar self, setting the enthusiastic tone for each major screening by being both hype man and filmmaker advocate. There are few directors of programming as passionate as him. In my fourth year in attendance, the festival was packed with excellent programming, expanding beyond the screen into other aspects of the production process and modes of storytelling.

In the inaugural The Fantasia Virtual Reality Experience, the festival featured several new VR projects over the course of two days that utilized both the Oculus Rift and the Samsung Gear VR “mobile head-mounted display.” The most sought after attraction was Body/Mind/Change Redux, an Oculus Rift-powered 360 presentation that could perhaps attribute most of its popularity to the auteur who inspired it. A VR companion piece to his TIFF show last year, David Cronenberg stars in this short as he existentially guides you through many of his most famous set-pieces. You are placed inside the torture chamber featured in Videodrome as Brian O’Blivion speaks, as he did back in 1983, about the technological doom up ahead. As you’re drawn closer and closer to the TV screen featuring O’Blivion, you begin to feel like James Woods getting sucked directly into the static-fueled analog television set. From there you’re placed inside one of the pods the character of Seth Brundle created to achieve his scientific experiments in The Fly.

The piece, produced by CFC Media Lab in co-production with TIFF, uses the face (appearing in close-up like a threatening Wizard of Oz) and voice of Cronenberg to link the locations together in what begins to feel like a dreamlike public service announcement. Along with Felix and Paul Studios’ Jurassic World: Apatosaurus, which peacefully places you in the woods as a giant dinosaur wakes up from a nap and gets up close and personal, the projects nailed down a real benefit of VR storytelling: it can provide an encompassing landscape that allows its setting to dictate the narrative. 11:57, a 360 horror short that places you inside a nightmarish, decrepit basement filled with ghastly spirits, furthered that claime. In each of the worlds these projects created, the viewer was immobile while being offered free range to look around (up-and-down and side-to-side) without physically moving forward or backward, taking advantage of the viewer’s physical limitations.

For filmmakers in the development and pre-production stages of their projects, the festival provided a welcome venue to meet producers, financiers and potential collaborators. For four days, the Frontières International Co-Production Market, led by Market & Industry Director Lindsay Peters, sets up shop at Fantasia for panels, pitch sessions, work-in-progress screenings and project-specific meetings designed to connect filmmakers with visiting industry. One particular project that caught my eye was The Devil on Wheels, an upcoming doc that will take a look at the fandom surrounding Steven Spielberg’s 1971 classic, Duel.  Also interesting was an upcoming project from veteran director John McNaughton (Henry: Portrait of a Serial Killer) called Carney Kill, based on the novel of the same name by Robert Edmon Alter and sporting a killer logline, (“a carnival owner turns up dead with a knife in his back. His wife happens to be a knife thrower whose ex-husband shows up the day before the murder”).

On to the films. A depiction of not altogether altruistic spiritual surrogacy, Sonny Mallhi’s Anguish depicts a troubled teenager struggling with the at-first-not-all-too clear fact that spirits from beyond the grave wish to use her body to communicate with the outside world. From a well-composed prologue featuring the first of many unexpected jump scares, Malhi creates a simple narrative through line as to who’s possessing the young girl and why. While there are some familiar beats on display here (if you can’t manage your possessed kin, go with the familiar trick of locking them down in the creepy cellar, a la Sam Raimi’s Evil Dead), Malhi provides some standout subtle images involving the girl’s premonitions; the appearance of a invisible spirit’s breath on a glass pane, a silhouette of hands almost beckoning to the teen.

Already a festival favorite, Veronika Franz and Severin Fiala’s Goodnight Mommy is, after last year’s The Babadook, another strong entry in the “maternal figure as monster” subgenre, proving that the more perverse the mother, the more twisted the child. Living in a beautifully structured house in the bucolic countryside, two young tank-top clad brothers do their best to adjust to their mother’s violent mood swings after having a tragic accident that has left her face wrapped in bandages. As mom grows more and more controlling of her children, the boys start to suspect that maybe this mummified woman isn’t truly their mother after all. A darkly humorous, gleefully graphic depiction of domestic captivity and a child’s ultimate revenge, Goodnight Mommy may suffer from one psychological twist too many, but it’s quite beautiful to look at (shot on 35mm) and it makes ordinary household objects appear dually innocent and sinister.

A horror film tradition that, with the likes of recent features such as Trick r’ Treat, has come back into welcome vogue, the anthology film was paid tribute with Tales of Halloween, a new addition to the canon making its world premiere at the festival. Featuring some of the most acclaimed directors currently working in the genre — Lucky McKee (May), Neil Marshall (The Descent) and Darren Lynn Bousman (Saw II – IV) to name a few — each tale in this omnibus had only a few rules to follow: each had to be set on Halloween night, take place within the same suburban town, and last approximately ten minutes. As is the case with so many anthology films featuring multiple cooks in the kitchen, the best way to sum up its worth is by figuring out whether or not more than half of the shorts satisfy. Luckily, they do, Bousman’s especially: after being dared to egg the house of a rarely seen elderly curmudgeon, a fearful boy gets taken under the wing of the old gent (a literal demon played by Rocky Horror Picture Show’s Barry Bostwick) as they terrorize the community on Halloween night. What’s great about most of the shorts stems from their dark sense of humor; whether focusing on killer jack-o-lanterns, a kidnapping gone so horribly awry that the kidnappers attempt anything in their power to give the kid back, or a blood-soaked take on slasher films in which the killer and The Final Girl’s roles are hilariously reversed, Tales of Halloween has lots of fun being both homage and critique. Cameos by horror legends such as Adrienne Barbeau, Mick Garris, John Landis and Joe Dante only add to the fun.

Co-director of Asian programming King-Wei Chu introduced the Canadian premiere screening of Wild City, the latest from Chinese action master Ringo Lam, by letting us know that we were being granted the opportunity to see the film prior to its home audience. A throwback action crime caper where chase scenes and impressive fight choreography complement the thriller aspects of a familiar tale, Wild City features an impressive performance from Hong Kong superstar Louis Koo as former police officer caught between a beautiful young woman, a briefcase of cash and those who want to capture both. While the themes remain poignant if familiar — money makes man corrupt, greed inspires acts of senselessness — the action, involving a hot pursuit via tow truck and a brutal bathroom beatdown, kept the enthusiastic audience ooh-ing and ah-ing throughout. Most appreciable is the fact that Lam uses these action sequences to in part remind us that when a human being begins a chase on foot, he eventually grows tired.

Remake, Remix, Ripoff: About Copy Culture and Turkish Pop Cinema is a new documentary that takes a loving look back at the insanely productive years of Yeşilçam, proving that sometimes lacking a budget can heighten the reality of any given scene. Although most Turkish filmmakers didn’t have many resources throughout the second half of the twentieth century, they churned out cheesy and pulpy adventure yarns and American ripoffs at a record pace (“I saw A Fistful of Dollars and the next day I remade it,” one filmmaker recalls). Despite Turkey’s scarcity of film stock, the directors worked quickly, creating shameless takes on E.T, The Exorcist, and others, sampling popular Hollywood film scores without concern for copyright laws that did not yet exist. Neither mocking nor condemning these often shoddily produced, hodgepodge products of American iconography, the doc makes clear that if anything killed the Turkish film market, it was the government-enforced censorship that eventually crept in. This is certainly worth a look for those who have ever been kept up late at night falling down the YouTube rabbit hole and fascinatingly coming across some of these head-scratching, crudely constructed cinematic whatzits.

Along with a few other features and shorts I caught along the way (primarily in a theater setting), many of the above highlights drove home the importance of seeing these films with an upbeat crowd. It was admittedly a little strange grabbing a pre-screening slice of pizza (or a serving of poutine) while CNN played on the television in the dépanneur, featuring Anderson Cooper-conducted interviews with survivors of the fatal movie theater shooting that took place last Thursday in Lafayette, Louisiana. The Fantasia audiences are always special ones, vocal and opinionated but always appreciative of the work that comes from all over the world each summer. Sometimes the crowd is the party, and in this case, the theater is the public sphere that hosts it.