A Reader Asks, “How Do I Find A Director for my Screenplay?” 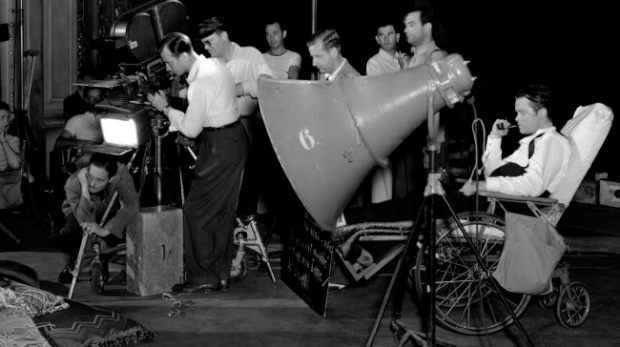 by Scott Macaulay
in Filmmaking, Production, Screenwriting
on Aug 25, 2015

We’re always happy to receive questions here at Filmmaker about filmmaking itself. One such question inspired one of our most-read posts, “15 Things to Do After You Finish Your Script,” and now a reader of that blog post has written in with a logical next question: How do you find a director for your screenplay?” Below, my response and, as I like to do, further comments from someone who might have more experience than me — in this case, screenwriter and Filmmaker reader (and writer), Marc Maurino.

I’ve just read and thoroughly enjoyed your article, “15 Steps To Take After You Finish Your Script.” Thanks for the sound advice and your willingness to answer questions.

I’ve recently set up a limited company in the U.K., with the sole purpose of bringing a screenplay I’ve written to the big screen. I plan to do this using a combination of crowdfunding and private investment, via generous government tax breaks.

One of the biggest hurdles is finding a director for the project. As a relative unknown, I don’t have a body of work to show. The directors I’ve pitched the idea to so far have been high profile and unable to commit due to busy work schedules.

I wondered if you had any suggestions on making connections at this the development stage? The screenplay has been rewritten several times and has had good feedback. I realise that the competition is fierce out there, but I have confidence that given time and effort we can get the film made. Obviously, a great cast and director are crucial to any future success, but it’s knowing how to entice them.

Attaching a director is hard. Just like everything having to do with filmmaking, it’s a chicken-and-egg kind of thing. The best chance you have of attaching a director is to have a project that’s financed, or very near financed, or at least has a backer with deep pockets, like a studio, ready to greenlight it. But, as an independent producer, you can’t get those things until you have a good director — or, at least, a director your financiers are willing to take a chance on.

When others have asked me this same question, I have asked them back, “Are you actually hiring a director, or are you asking them to collaborate with you on development?” Often people confuse the two, and I’m happy to see from your letter that you haven’t. You say you’ve set up a company to produce the film. But are you the producer as well as the screenwriter? If so, I’m not sure you’re helping your cause. Have you ever produced a film before? You didn’t tell me much about your film, but Googling you I see that the project may be a 1946 period film. Period films are hard and can be expensive — I know. You say that you are financing through crowdfunding and tax breaks? Have you secured these incentives before and, most importantly, do you have a network in place ready to crowdfund your film? Or, are you looking for the director to bring his or her own fan base to the project?

I don’t know what directors you’ve gone out to, but I take it from your letter that they are more established names. If so, you might be better off partnering with a producer with a proven track record who can both add validation to your project as well as provide a comfort level to the director that the film will get made, made well, and will find distribution.

But what do I know? For another perspective, I decided to ask Marc Maurino, a Filmmaker reader who sold his spec script, Inside the Machine, to CBS Films for six figures. He’s had recent, hands-on experience with finding a director.

Your letter writer has to scout film festivals and reach out to potential directors with a legitimate package — the script, yes, but a business plan, basic budget or something besides “sign on to the script and then we’ll do it.” He refers to “crowdfunding and private investment and tax breaks” — he needs to put that in some sort of package (a PDF document, etc.) that reflects his legitimate capacity, connections, and the reality of what he is bringing to the table as the producer besides just the script.

What I’d envision for him is to check out the shorts directors at all the major British festivals in person, and to track down the shorts directors from Sundance, SXSW, Tribeca, etc. He can scour the catalogs online, look for thematically relevant work, and then email the directors cold saying that he’s a producer with a script that feels tonally similar to their films, and can he get a screener? Or, check out recent film school grads.

Or if he’s been able to see the film online or at a festival, to offer to send his script and something else: a potential budget, a list of locations, the fact that he has a line producer putting together a $200K budget, his access to certain grants — something that will make the director want to read the script, because I cannot imagine many directors might want to “attach” to a script that is going to essentially require them to fundraise and produce as well.

He also has to realize he’s not offering the chance to direct a film; he’s offering the chance to partner on the production of a script. The amount of work the letter writer will need to do as a producer (financing, casting, etc.) is so staggering that without a proven track record of his capacity to do that, he’s just asking someone to read his script and co-produce and then maybe direct. To be honest, if he came to me because somehow he saw my shorts and loved them, and his script was great, I’d say, “I would love to do this, but I don’t have the time/space to help raise the money, so please tell me more about the combination of crowdfunding and private investment and tax breaks and how once that is in place you’re going to get the script out to talent?” Without great answers to those questions, I’d either need to join as a producer/collaborator, or take a pass.

Those “high profile” directors he’s pitched who “haven’t been able to commit due to schedules” actually haven’t been able to commit to unpaid work with no immediate or mid-term signs of financing.  I know you can’t get a script financed on its own (other than a studio deal) — so it must feel very chicken-and-egg — but the missing ingredient in this equation is a competent producer. I’m thinking here about a close friend who is a creative executive in New York. His company gets scripts in shape and then they go out to directors. They make a target list, they send the script either directly to the directors (they do lots of general meetings) or to their agents. When a director walks in to discuss a script with them, it’s clear they are a professional production outfit with big credits and can get a movie made. The director isn’t signing on to participate in a Kickstarter campaign; he or she is attaching to a script with a production company that can get financing and A-list talent.

I can imagine that there are several independent production companies that would love his script, and could help it to the next step — bringing in directors and moving the project forward. (Of course, they’d probably also want free development, to put him through a dozen drafts, not to pay an option fee, much less an outright purchase, and to have someone rewrite him at some point, also for free…) He could insist on remaining attached as a producer, and may bring some of the aforementioned value (private investor access), but he needs to level up to a producer who can make bigger moves than he can.

But if he is committed to not going that route and seeing his film to fruition himself, without an established producer, then I think he needs to set his goals very low (in terms of industry visibility) and target a fresh, new, up and coming director from film school or the festival circuit who wants to collaborate on what is likely going to be a microbudget feature — and that’s great! He will find a collaborator who loves his script, who wants to devote a year of his or her life to getting the chance to direct her first feature, and who will roll up her sleeves on the fundraising and producing, and they will make a great film or at least have a great learning experience.

As an aside, he’s going to need to be prepared that however good he thinks his script is, the director will want to do his or her own pass as well (it’s the first thing I’d do.)

Finally, I wonder why he doesn’t want to direct himself?  If he had the vision to write the script, and believes in it, I know that directing is a discrete skill set and takes a lot of work and a feature isn’t the best place to start, but he should consider it.

I hope this is somehow helpful to him. Short version: film festival and grad school (or BFA) shorts, and realize he’s looking for a collaborator, not offering the chance to direct a film he’s producing.  I love his confidence and enthusiasm and wish him the very best.