“The Camera Doesn’t Even Exist”: Kalyanee Mam on the She Does Podcast 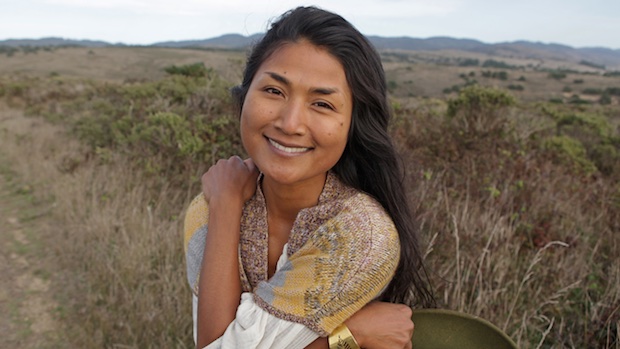 by Elaine Sheldon and Sarah Ginsburg
in Directors, Filmmaking
on Sep 9, 2015

Kalyanee Mam, She Does Podcast

Kalyanee Mam is a documentary filmmaker whose work focuses on the preservation, the meaning and the importance of home. She was raised in the U.S. but was born in Cambodia, generating an ongoing desire to explore the notion of home and displacement, specifically in Cambodia. Her first feature, A River Changes Course, won the World Cinema Grand Jury Prize for Documentary at Sundance in 2013. Her 2014 short, Fight For Areng Valley, was featured as a New York Times Op-Doc. Kalyanee is currently working on her second feature, The Fire and the Bird’s Nest, which tells the story of a Cambodian family fighting to protect their homeland from a proposed hydro-dam project. This week on She Does Podcast, we talk about the upsides of insecurities, drastically changing your life plan, learning how to ride a bike, learning how to use a camera, learning how to forget about the camera and most importantly, having compassion for this planet and the humans that inhabit it.

Never stop asking questions.
When I was at Yale, I was very insecure about myself and insecure about where I belonged. I always felt like I had more questions than answers about life. And I felt like everyone else seemed to have more answers than questions. I realized that that period was necessary, and that no matter how much I wished I belonged, and no matter how much I wished I was secure with myself or certain about life, I’m glad I wasn’t. Because it was my insecurity and my questions that led me to ask more questions and to venture into unknown worlds and find answers. And still I’m searching. I want to continue to search, because I don’t want to know the answers. I think once I know the answers, the journey is over.

Cambodia through Kalyanee’s eyes differs from portrayals in mainstream media.
What Cambodia is going through now is an upheaval of identity, culture and of the environment. Those stories need to be documented, and that context, the history, needs to be remembered. But I think we also need to express other things that are happening in Cambodia now. That’s what I want to do. I traveled all over the country, met people, met families, heard their stories, documented their stories, and all the stories were so rich, so beautiful. And not just the stories, but the place, the people, the food, the culture, the music, the materials, the fragrance of the flowers, the clouds that pass in the sky. It’s all so different from what I’ve ever seen in my life. I never feel like that’s conveyed; those textures, that complexity. I think of media as very straightforward. We want to get to the facts. We want to get to the story. We want to get to it quickly and as soon as possible. Media has bias, it has judgements, an objective. But I don’t think life has objective, and life is not objective. It’s just experiences.

Kalyanee is currently shooting her second feature film, The Fire and the Bird’s Nest, and she’s realized the importance of telling the story with her subjects.
There are times when I feel like I don’t even have to express anything to her [Reem Sav See] in words, and she understands how I feel. I’ve never felt that before, especially not with someone in Cambodia. I became so connected to her and her family. I felt that I wasn’t just filming them, I was actually experiencing this with them. And the story that was being told was not a story that I was telling, but a story that we were telling together. That is such an incredible feeling. When you can get to that place where it’s a collaboration between you and your subject and not just you with the objective camera, documenting a story.

An artist’s contribution to society is tremendous.
As artists we contribute a lot to society, and I wish and believe that our society should value our work more. We contribute to not just a body of knowledge but a body of perception. That perception is really important because where we are headed depends on the stories we tell ourselves. If our stories are fraught with materialism, consumerism, consumption and exploitation of our natural resources and people, then that’s the future we leave our grandchildren. But if our stories are filled with hope and love and compassion for others, then the future could be very different for us. I think society depends on us as artists to tell those stories. And if we don’t tell those stories, if we are silenced, then only certain people with privilege and power are able to tell their stories and are able to perpetuate the current system that we live under, which I believe is fraught with fallacies.

The difference between confidence and arrogance.
I don’t even call it confidence, I think it’s just a knowing and a comfort with what you feel passionate about. When you really love what you’re doing, when you really care about what you’re doing, you don’t even have to exhort confidence, it’s just who you are. It’s just being. But when you’re not sure of who you are and where you belong and what your path is, you exert this uncertainty and then sometimes you impose confidence on yourself, which becomes very artificial. I see that in people and it’s not confidence but arrogance. When you’re really truly at ease with yourself, there’s a lot of comfort and humility and also compassion for others who may not be as comfortable as you are.