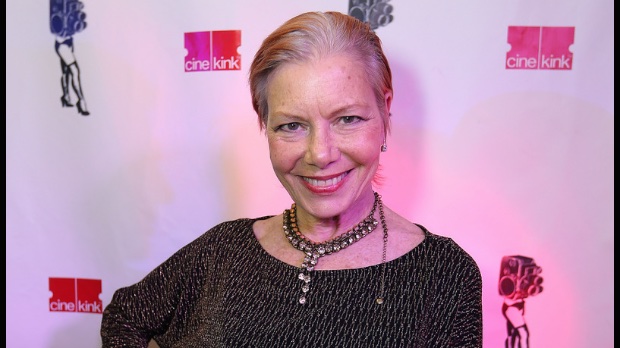 Filmmaker Candida Royalle, who was interviewed in just the third issue of this magazine back in Summer of 1993, passed away this week. Below she is remembered by CineKink founder and occasional Filmmaker contributor Lisa Vandever. — SM

A pioneering feminist filmmaker and prominent figure in the world of adult cinema, Candida Royalle died earlier this week, at the age of 64, after a lengthy fight with ovarian cancer.

An actress during the “golden age” of adult movies, working in both San Francisco and New York, Candida starred in numerous titles from 1975 to 1984 before making the move into directing and producing. Frustrated with the misogynistic thrust of many of these films, Candida founded Femme Productions and put herself at the helm. Describing her works as “sensually explicit,” she framed them as less graphic than typical adult films — certainly lacking in the traditional “money shot” — while also incorporating storylines, original music and “real characters of all ages.” She was director/producer of 18 projects over the years, including several created for distributor Adam & Eve, all serving to demonstrate that a viable audience could be found for adult films appealing to women and couples.

At the same time, she was an ardent supporter of free speech, particularly in response to feminist critiques of pornography as being disempowering no matter their presentation or who is behind the production. A founding board member of Feminists for Free Expression, Candida was also a sought-after speaker, lecturing at such venues as the Smithsonian Institute, the American Psychiatric Association’s national conference, and the World Congress on Sexology, as well as universities including Princeton, Columbia, Wellesley College and New York University.

With her unabashed stance that feminism and sexual self-expression can be one, and a body of work that spans such an incredible range of creativity and activism, Candida has been a huge inspiration and a source of support, for the wave of female filmmakers coming up behind her, including several CineKink alumni directors.

According to friend Annie Sprinkle, memorials for Candida are in the works for New York, San Francisco and Los Angeles, and will likely be held in November.