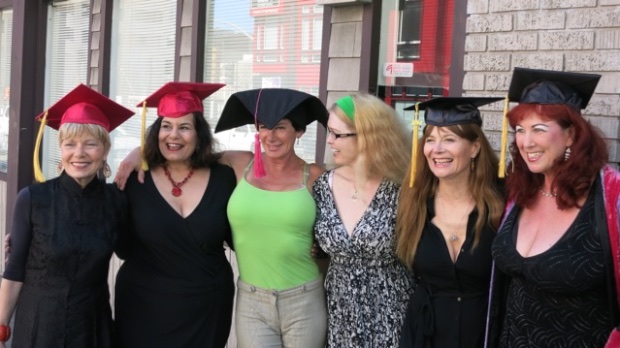 by Lauren Wissot
in Actors, Festivals & Events, Interviews
on Feb 24, 2015

Filmmaker was fortunate enough to speak with one of the legends, Annie Sprinkle, prior to “A Tribute to Club 90,” the February 27th centerpiece event of the 12th Annual CineKink NYC (running from February 24th-March 1st).

Yes, of course the AIDS tidal wave was hitting, and we were trying to figure it out. How to reinvent what we were doing, how to reinvent sex without body fluids, but more so, trying to reinvent ourselves so that we could do more of the kind of work that we each individually wanted to do at that point. So at the end of the baby shower day, Gloria Leonard, who had been from the feminist world, suggested a support group. The first meetings were at my apartment, 90 Lexington, hence the Club 90 name.

Very quickly we started to share contacts, discuss who was good or bad to work for, figure out strategies to garner more of the kinds of focuses we wanted. We supported each other to do more directing, producing, and distributing. Distributing porn was the glass ceiling, which Candida Royalle really broke. We all ended up staying in the sex industry (and have been in dozens of documentary films also over the years), and making more films, but on our own terms — exploring more of our own interests and desires. So yes, AIDS was an important and deep part of the story. But really it was a lot bigger than that for us.

It’s pretty clear to us that Club 90 has had a big impact not only on our individual lives, but also on the adult industry in many ways, and it has trickled down into the culture. We were sort of the original Sex and the City girls, before Sex and the City came along. (Except we didn’t have as expensive shoes. And we were a lot wilder!) 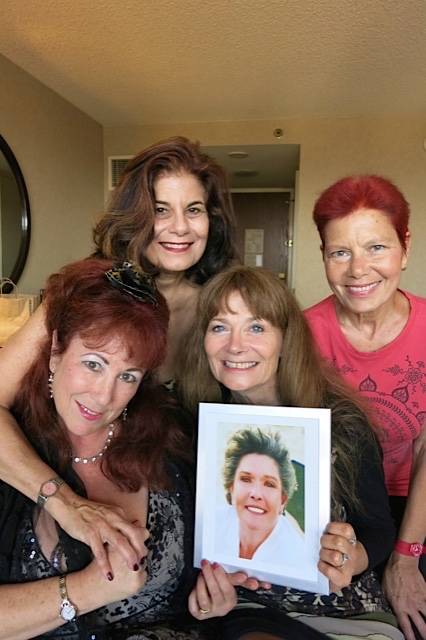 Filmmaker: In light of the fact that the U.K. recently enacted anti-porn legislation disproportionately targeting female sexuality and feminist pornographers, what do you feel are the biggest challenges ahead for women in the field?

Filmmaker: Looking back on your long careers as artists and activists do you have any regrets? Things you would have done differently to further your sex-positive work?

I hope folks will come to CineKink for this rare reunion. We’ve never shown our clips together before – another first! We are grateful to Lisa Vandever for making this reunion possible. Of course Gloria Leonard won’t be there in the flesh, as she left her body last year. But she will certainly be there in spirit.