Can I Get a Witness? Black Mass 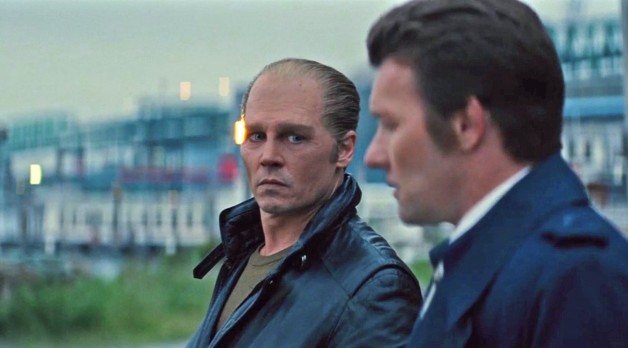 According to the FBI’s former most wanted man (after Osama Bin Laden), Jimmy “Whitey” Bulger, notorious head of South Boston’s Irish-American Winter Hill Boys, ratting was the most heinous of offenses. Never mind that Jimmy (Johnny Depp) was a heartless killer and gangland powermonger: He considered loyalty a sacred bond.

He did, however, define and redefine treachery to suit his own survival. He drew a distinction between his interpretations of informing — a business move in which he keeps the feds abreast of illegal actions in exchange for taking down the ruling North End Italian mob (whom he charmingly refers to as “wops”) — and informant, i.e. becoming a Judas-like turncoat to insure immunity or financial gain. All through Scott Cooper’s impressive Black Mass, the subject of betrayal informs the film as much as its violent vindictiveness, which he depicts with admirable restraint. No matter that some casualties were merely potential witnesses, hypothetical rats; they become grist for the mill. 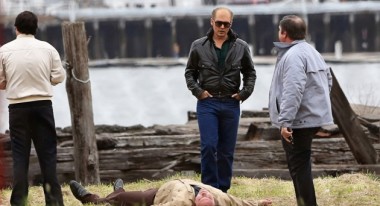 Cooper (Crazy Heart, Out of the Furnace) frames the narrative with confessional testimony before the feds by Jimmy, following his capture in 2011 after 16 years on the lam (he is serving two concurrent life sentences plus five years for his part in the deaths of 11 people); surviving members of his gang; and the high-energy chameleon (“He’s always dancing,” the director told journalist Edward Douglas), FBI agent John Connolly (superb Aussie actor Joel Edgerton, who, performing without disguise, draws attention from the prosthetically uber-accessorized but more controlled Depp), the childhood friend and fellow Southie from the projects whom Jimmy had once rescued from bullies on a neighborhood playground.

In the South Boston Irish world of fierce attachment and obligation, Connolly, after receiving plaudits and a loosened rein for busting a branch of the Italian Mafia in New York years later, was able to reciprocate the favor by convincing naysayer superiors that he could gain valuable underworld information by serving as liaison between his old buddy and the FBI — a Faustian bargain. Bulger began informing without pangs of — I use the term loosely — conscience. Black Mass deals at length with the path they took from theoretical collusion between brothers to conspiratorial collaboration, for which Connolly is now incarcerated for 41 years.

In this story — which might seem to have sprung from a schematic blueprint were it not true, well-documented, and widely known — the third point of the childhood-friend triangle is Jimmy’s real brother, Billy (does Benedict Cumberbatch, perfectly cast here, ever sleep?). He is Jimmy’s complete opposite in every way — except for his Achilles heel, a ferocious allegiance that ends his astounding career.

Ever the opportunist, Billy is a churchgoing, highly educated gentleman with perfect diction, a devoted wife, and nine children. In one lovely scene reminiscent of the opening of Ivan Passer’s iconic Cutter’s Way, he struts as majordomo for the annual Irish Day parade. He became the longest-serving president of the Massachusetts state senate, then the president of the University of Massachusetts, but was fired because he refused to cooperate with authorities trailing his brother (who was eventually arrested in Santa Monica).

Compare the arc of his life to Jimmy’s: mistresses, one of whom casually disappears; a beloved young son, whom he advises that it’s okay to commit crimes as long as no one sees you, and who, in one of the few only slightly affecting scenes, falls ill and dies; and whose elocution consists of such memorable lines as, “Pull out his teeth, bury him next to the fucking whore.”

The fucking whore, by the way, is the prostitute stepdaughter of one of his top aides, who Jimmy thinks might have cooperated with the cops after being pulled in for turning tricks. Some of his other zingers lack such over-the-top, almost campy bite, but are equally icy. After the owner of Miami’s jai alai enterprise refuses to sell, Jimmy asks his associates, “Would his widow sell?” His one arguably positive conviction? Unflinching support for the IRA.

All of the performances are so spot-on that it should be no surprise that the filmmaker began his career as an actor. Julianne Nicholson is nearly unrecognizable in her muted interpretation of Marianne, Connolly’s neurotic but astute wife; ditto for Peter Sarsgaard, perhaps another cinematic insomniac, in what may be the career-best role of drug addict, and jai alai crook Brian Halloran, a self-proclaimed dead man once he anticipates Jimmy’s wrath after singing. He’s right. Cooper includes in the cast credible nonprofessionals, some of whom had been members of the Winter Hill Boys.

If Jimmy were just an amoral killer, extortionist, and thief, or just a small-timer who climbed the ranks to head racketeer, he would not be such a fascinating subject to recreate on film, or in the source book, former Boston Globe reporters Dick Lehr and Gerard O’Neill’s Black Mass: Whitey Bulger, the FBI and a Devil’s Deal. The much-admired “scion” of a whole working-class Irish community, this passive-aggressive psychopath knew how to work peoples’ emotions.

He was a softie with the old ladies (“When did you get out of Alcatraz?” one asks sweetly), and so devoted to his own Ma that Cooper must have felt obliged to show the crestfallen son at her tasteful, if somber, funeral. The scene is there principally to contrast with the multiple no-frills murders and burials at a muddy river site under a nondescript bridge in an even more nondescript industrial zone. The ploy works. 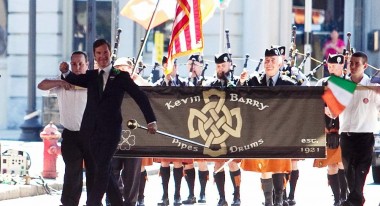 Jimmy toys with Marianne Connolly while she rests upstairs in her bed, simultaneously playing seducer and hovering menace. South Boston might not be the most colorful of residential spots, but the director films the interiors to reflect a cramped coziness — including frequent scenes of shared meals, like the Irish clan in TV’s Blue Bloods) — and its unembelished exteriors with a vitalizing feeling for texture. It helps, of course, to have on your team Japanese DP Masanobu Takayanagi, who shot Silver Linings Playbook and Out of the Furnace.

Black Mass is relatively seamless, except for a few scenes in which the filmmaker heightens the drama. The arrival in Miami (shot on a Boston beach with planted palm trees) is heralded by a richly baroque crane shot. A well-stitched montage (by editor David Rosenbloom, who eases between more contemporary sequences of seated men giving testimony to the government and scenes of appalling events from decades back) charts the process developed by Jimmy and Connolly to exchange information and proof.

Except for a few spots with an overwrought full orchestra, composer Junkie XL (Tom Holkenborg) masterfully uses piano, pipe organ (the title is ecclesiastal), and especially cello to understatedly accompany actions and changes in character. The cello is in fact the star of the final credits. A dirge backs up old (or fake-old) black-and-white footage recalling the glory days of a darkly charismatic posse that had completed its run.