“There Is No Thinking of Poverty Without Subjectivity”: Isiah Medina on 88:88 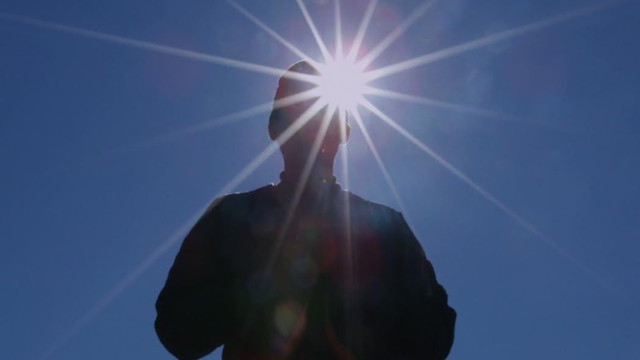 by Sarah Salovaara
in Directors, Festivals & Events, Interviews
on Oct 9, 2015

From its opening frames, Isiah Medina’s first feature 88:88 announces itself as a torrential carousel of images and sounds, with one seemingly independent from the next even as they teeter along the same line of questioning. Loosely described as a personal meditation on poverty, friends and family in his hometown of Winnipeg (with scant commonalities to Guy Maddin’s characterization), Medina uses a variety of camera technologies to interrogate a specific situation of young adulthood that nonetheless consumes the viewer in its visceral flashes of intimacy. Filmmaker spoke to Medina about democracy in filmmaking, his concept of the cut, and whether or not he considers his work documentary. 88:88 recently received its U.S. premiere in the Projections section of the New York Film Festival.

Filmmaker: Do you consider 88:88 to be a documentary? Given the variety of formats, there’s a degree of preparation that goes into everything you shoot, but how do you decide on what you’re going to capture?

Medina: The preparation is minimal, the minimal discipline to arrive on set, search for a composition to be able to see light, to see what is diagonal, to say something for the first time or repeat what we told each other before. Yes, I agree, there is a degree of preparation, degrees of yes and no to be organized in the frame, and we must be ready to record, but also remember not to shoot for the simple sake of shooting. To be resolute and say yes, we are making cinema today. We organize one another’s free time so we can be in a space thinking together. We decide to capture when what appears is free time.

If documentary fixates on what is real, then fiction is the very fixion that makes the link possible. Or to put it another way, imagination is included in reason, or fictions have a place in reality, and if we lose the fiction, we lose the link with reality itself. It is pure fiction to say that 88:88 is not a documentary. Fiction totalizes knowledge of an untotalizable situation in order to produce a shift in objective knowledge of the world to subjectivized truth.

There is also the scene in the movie dealing with the classical logic of P or non-P. By presenting a logic, is this documentary or is this fiction?

Or again: do we have to try to capture reality without any interventions, or instead we should find a way to document the very form of intervention? Some believe we can see in cinema a sort of pre-linguistic vision without the names we give things, but insofar as the name names the gap that separates itself from itself, it will name the thing. We document the cut that names the fact there is no-thing to see.

Filmmaker: 88:88, like your short film Semi-Auto Colors, suggests a fascination with modern technology, from your use of text messages as an alternative to dialogue to layering media in a way that mimics a cellphone screen. As a filmmaker, such advancements have “democratized” the process, but you also explore the downsides to having relationships mitigated by technology, such as learning of a friend’s jail time through text. How do you relate to this dichotomy, and do you feel like it’s a driving point of your work?

Medina: I don’t think there is a downside to learning about a friend’s jail time through reading a text as opposed to learning about it “in person.” Immediacy does not change the bare fact of a friend in jail. The technology of jail time is more reprehensible than a lack of supposedly humane qualities offered by face-to-face immediacy.

I wouldn’t say that filmmaking or criticism being democratized is in itself positive, as I do not think democracy should inevitably be the goal for all emancipatory political action. Perhaps we can think a link of democracy, Greek tragedy, deductive mathematics, and the friendship of Socrates as necessary conditions for the emergence of philosophy, as philosophy only exists insofar as all the conditions are operative. Yet if cinema is philosophy, I would not say that democracy is the paradigmatic mode that will help us today to think with the cinema. It is telling that democratization is thought of in conjunction with technology, though we should be careful, and know that democracy is not naturally linked to technology, and that technology can have other political destinies that we should work toward. The Platonic point that democracy leads to tyranny still stands. There is an essential suspicion of democracy in philosophy from the beginning which can be thought in that democracy offers us fake choices, that truth is not a matter of voting, and that there is a separation from truth and opinion. Today we can see in criticism that opinion is itself valorized as an absolute good. At one point in our history, we can see a criticism of a tradition of quality, and instead today we can now see a tradition of quality within criticism itself. Not all reversals are dialectical; there are also dead ends. Or let us say if democracy offers something like left and right choices, to a degree, we must not be afraid to re-draw the lines of division of where the right and left appear, or whether finally the division lies elsewhere.

Philosophy must present new choices, which is also to say philosophy needs to draw new divisions not given by democracy. Cinema must show new presents not presented by those movies that are voted in to our movie houses. I do not think to be able to present the present one needs money, technology, or democracy for that matter. In the same way that poetry may not need a technological change to think a truth of poetry, or a mathematician at present does not need the resources of CERN, I think that to think the cut of cinema, the technology is not important since the form of the cut’s appearance is invariant. What drives my work is not this question of technology since technology may simply assist in love, politics, science, or art, and is not its own question.

Filmmaker: You shot in Winnipeg and a large part of the film explores the pervasiveness of poverty, through monologues and the titular signifier. Since you now live in Toronto, do you feel that you were able to be more objective about your experiences in your hometown? Did you have to leave in order to make the film?

Medina: I think what is true is found and worked-through via a subjective process that retroactively finds what is objective. An object is the very link between what appears and what is. If I became more objective in any way, the distance required for objectivity is not simply the distance between Winnipeg to Toronto, but the distance between being and appearing which needs to be posited as such. Objectivity becomes the deciding of this distance by means of an object of thought.

Or to put it bluntly, there is no thinking of poverty without going through subjectivity. In the same way, in the 20th century, you would not say that “working class” and “proletarian” names the same thing since “working class” is of the domain of things that apparently or objectively exist, where as proletarian is the subjective minimal difference that is introduced in the object itself; we cannot simply think of poverty objectively. To be a subject in poverty has to produce a subjective splitting – if truly impoverished, to say one has nothing is already to say too much: we must be able to say that we are not even given this nothingness, and we must invent a different name of the no-thing that we are, and this requires a subjective decision. Of course you can attempt to say there are people in greater poverty in country X than in country Y, but we should have solidarity across different worlds rather than pitting the poor and against other poor as this just helps maintain the minimal degree of existence granted by those in power. Poverty can be an objective knowledge but we must find a shift to think its subjective truth.

Filmmaker: One of the reasons it’s so exciting to watch your work is because the viewer, as is often the case with experimental film, has little inkling of where you’re leading us. How do you find the film’s rhythmic, cyclical nature in the edit? Is it intuitive for you or do you have a blueprint of what beats you want to hit when?

Medina: If this movie is experimental, I would want to do the word “experimental” justice in the fact that to experiment, I would need a theoretical anticipation as well, [for there to be] a movement of thinking outside conditions (each condition introduces its own form of outside to be integrated into cinematic meditation), theoretical writings in and outside one’s head, and attempting it in the edit and shooting, that is, in the proofs. I don’t trust intuition, I think it is intuition that can keep us in these cycles. There are shots that repeat but it is only to show that cyclical nature can be interrupted, totalized, and we can make another step. The question is how to transition from the cycles of nature to the periodizations of history. It is necessary to theorize a present as that which subtracts from cyclical time, for nature is history’s presupposition. In the cut, I posit the blueprint that is discernible after the fact if only to be faithful to this new blueprint by betraying it again.

Filmmaker: Do you shoot with sound? I can think of only a few chosen instances of synced sound in the film (Burger King, the orchestra, crumpling of money). How do you pair sound with image in post?

Medina: It depends on the situation whether we shoot completely silent and record sound later or record sound at the same time. I would say that the entire movie is synched, in that the “natural” link between images and sounds is itself a naturalized positing that is now externally determining for us [in terms of] what cinema can be. We should not be determined externally by what we decided. I do not think the division of images and sounds is the real two today. Instead, I will briefly respond to your question and say I pair framed images and sounds of the same quantity with cuts that weave together what I can call for my friends, lover, and family, a shared new present. Internally disciplined, it is not us who are outside.