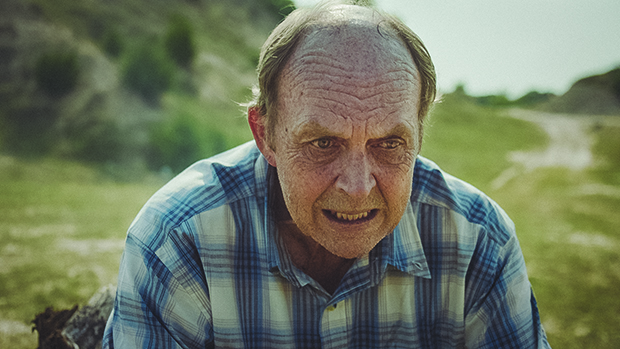 Creative freedom can be a real motherfucker. As anyone who has tried to make something — a story, a poem, a painting, a movie — can attest, the mantra “go ahead, make whatever you want” can lead to paralysis when it comes to actually creating something of distinction. Having unlimited creative options is like having none. There’s a long and rich history in cinema of self-conscious efforts to impose strictures on the filmmaking process, whether it be the Dogme 95 movement, the single-take technique (Victoria, directed by Sebastian Schipper, is a recent example), or the structural limitations imposed by the fixed camera in Paranormal Activity 2 (Tod Williams, 2010) or Paranormal Activity 3 (Ariel Schulman and Henry Joost, 2011).

Two films released this year — Uncle John (Steven Piet) and Queen of Earth (Alex Ross Perry) — are master classes in how to do more with less. In terms of plot, events happen — sometimes very complex events — yet, they are not matched by pyrotechnic, overdetermined camera movement or expressionistic editing. Their shots often linger, holding on to the action for a few extra beats, just long enough to make us feel uncomfortable. In Uncle John, especially, the screen acts as a flat canvas upon which the action unfolds, and its best moments are its most mundane: Uncle John (John Ashton) grilling steaks or getting beers out of the fridge in the garage, or his nephew Ben (Alex Moffat) working distractedly at his computer. The film harkens back to Blood Simple; there’s a sort of dread that comes from the wide-open spaces between buildings, between farms, between people.

The same is true of Queen of Earth, and yet, here the spaces are vaster and even more intricately psychological. The back-and-forths between Catherine (Elisabeth Moss) and Virginia (Katherine Waterston) spike and drop in temperature so rapidly and unexpectedly that the old-school “invisible editing” logic (with one subjective, Rosemary’s Baby-like sequence) gives formal order and shape to the film’s emotional anarchy. Such simple techniques — like a steady camera holding a shot for a few beats longer than you’d expect — are not always easy to detect, and yet, at a time when most movies are highly determined, codified “effects,” this traditionalism is its own form of radical filmmaking. There are times in history when, in fact, conservatism becomes a form of progressiveness; sometimes going backwards can be, under the right conditions, as radical as breaking new ground going forward. Uncle John and Queen of Earth are deeply conservative films aesthetically, in the sense that their form and structure are pretty hard containers for the anarchy of thought and action they hold.

In 1957, Flannery O’Connor wrote to her confidante Betty Hester, who was struggling as a writer: “You don’t dream up a form and put the truth in it. The truth creates its own form. Form is necessity in the work of art.” In Queen of Earth this is nowhere clearer than in the approximately nine-minute long take that anchors the film and gives the lead actors a chance to inhabit the dialogue in ways that wouldn’t be possible through shot/reverse-shot editing. “In this movie, the lack of a cut is not the lack of editing,” Perry said in an interview published at Senses of Cinema. “It’s just an intentional decision to ‘not’ cut — which is editing.” The “truth” at the heart of Queen of Earth — that one person’s disintegration always involves more than just that one person — determines its form: long takes that allow us to witness the effects of a mind trapped in chaos. In “Radical Thought,” Jean Baudrillard wrote about ideas: “… everyone has them. More than they need.” I think he was referring here to the absolute necessity of something — some form—to constrain ideas into something narrow, something that would allow them to sharpen into the sort of “poetic singularity” that would make them memorable.

The reproduction and proliferation of analog effects in digital production means that the drop-down menus of options have become the dominant screen through which form finds its way. Tools from places like Red Giant provide an orgy of options, filters upon filters upon filters that push out like an expanding universe. The visual paradigms are not simply tools used to help tell a story; they are the story itself. Severe limitations — either out of choice or economic necessity — provide a radical alternative to aesthetic homogeneity disguised as choice. Uncle John and Queen of Earth are just two of several recent films that inspire not because of complex achievements of narrative and visual aesthetics, but from more conservative principles that involve the narrowing of possibility, only to see it bloom into something breathtaking and remarkable.