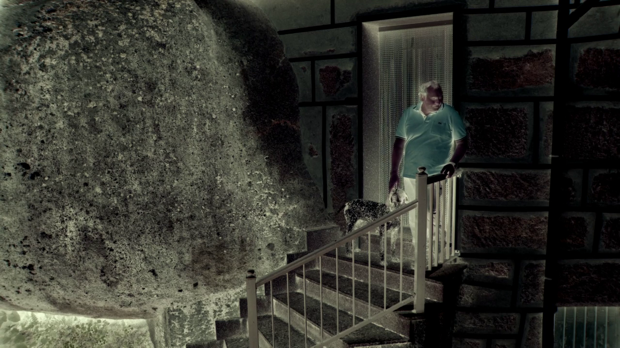 One of the best films I saw during this year’s NYFF cost nothing to access. Paired with Calum Walter’s (very strong) Terrestrial as part of a free program running on a loop for a day during the Projections weekend, Lois Patiño’s Night Without Distance is a hypnotic 21-minute experiment that immediately gets your attention for a very simple reason: all the images have been negative reversed, creating a whole new patina for what could otherwise be an overfamiliar landscape. The festival film world has seen a surplus of post-Apichatpong forest reveries, to which Night Without Distance restores a sense of mystery: the grass is purple, the night sky ominously tinged with blue, swaying plants unexpected shades of yellow. Incident-wise, we’re on fairly familiar slow cinema terrain. The narrative deals with border-crossing smugglers, hence the guns below, but suspense is mitigated by the intense quiet and some expected images/near-tropes — people sitting quietly by a river, rustic villages in which the wind moves faster than the citizens — which it’s possible to be sucked in by in a new way. Sample the trailer for a taste:

Negative image-reversal is far from unprecedented, but this is, as far as I’m aware, the first film to stick with this method from start to finish. This isn’t a negligible question: if Patiño is the first person to get here, he gets points for conceptual imagination even if you’re not thrilled by the execution, but if you’re a skeptic and he’s just late to the party then there isn’t much to take away. (Comment on this question is invited.) I rewatched the film with critic/avant-garde director Blake Williams, who’s not convinced there’s all that much to the film. To prove his point, he started screengrabbing images from FestivalScope, opening them up in a photo editing app, and within two minutes he’d succeeded in reversing them back to their original point.

Blake’s point was that this isn’t too hard to pull off: reversing the image does a lot of the visual work, while the specific color tweaking is just details. It’s precisely those details that make all the difference, I think — the world as vividly colored and artificial as a very expensive video game’s landscapes — but it’s worth looking at some before and after stills to delve into this a little further. When you start looking at the differences, it’s pretty clear to me that Patiño’s short is far more than a simple gimmick applied to novel ends. (Sorry about the smaller-sized first image, it’s a long story.) 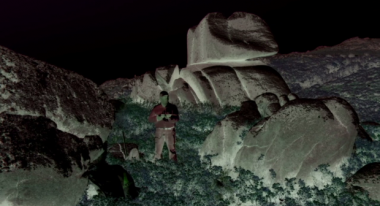 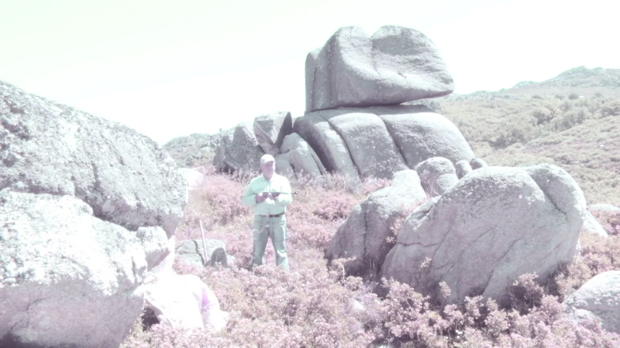 It’s immediately obvious that the original images are blown out to a very bleached extreme — that is, that Patiño conceptualized the film from the get-go as being shot this way so that the inverted image would be that much richer and unexpected color-wise than if a more normally color-distributed, less blown-out image were used to produce a negative image with the type of palette we’re more used to. 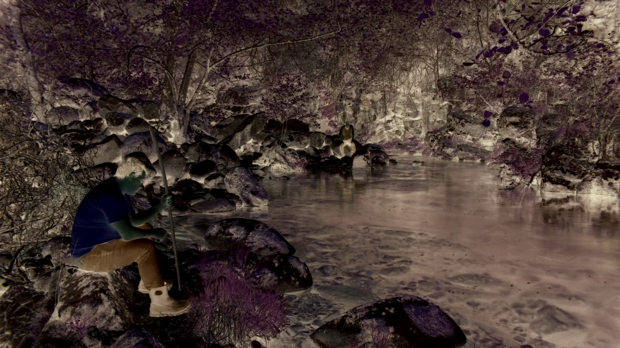 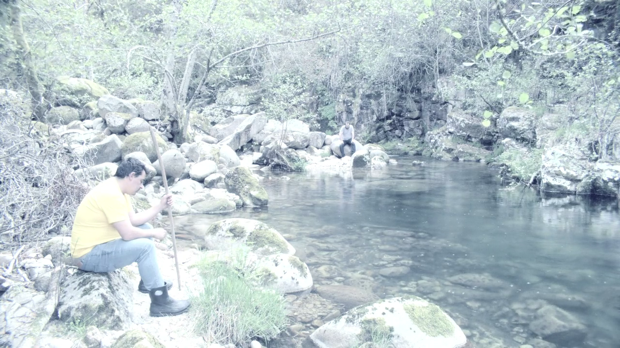 The differences here are even starker — the original image has very little in the way of “color palette” to speak of, while the negative image is almost sepia disrupted somewhat violently by blue and orange. We can also see how the negative image is both a visual and economic strategy: working from a relatively low-cost HD image rather than, say, a 6K camera, Patiño complete obscures his comparative lack of resources. All you need is a guy in a t-shirt and jeans willing to sit quietly for a bit and you’re set. (This is how I wish Avatar‘s Pandora looked.) 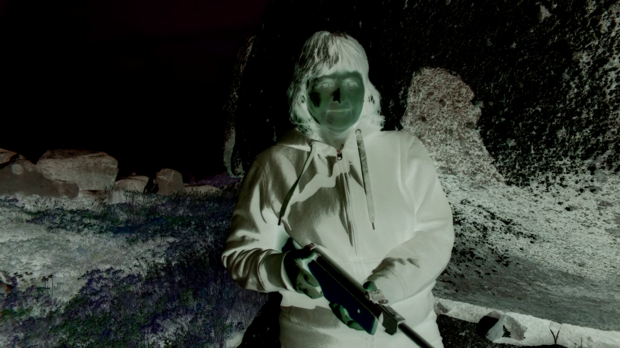 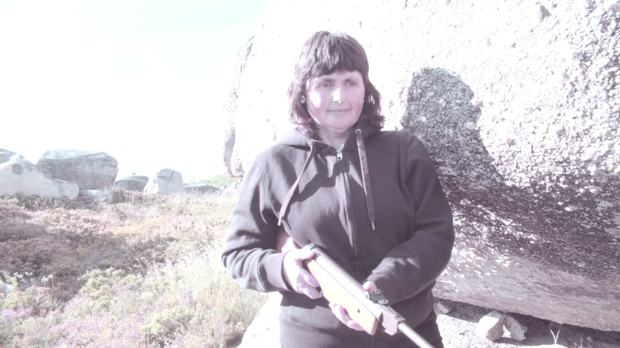 A frozen, bored smile becomes inscrutable in darkness, the fact that someone’s holding a not very convincing prop gun irrelevant — menace can be applied as an after-effect, in the same way that the very-natural-sounding night landscape has obviously been heavily tampered with and to some extent created in post. It is a paradox of the film that though we know that logically what we’re looking at must have been shot in the day, the inverted color palette suggests “night,” per its title, rather than an inverted day. 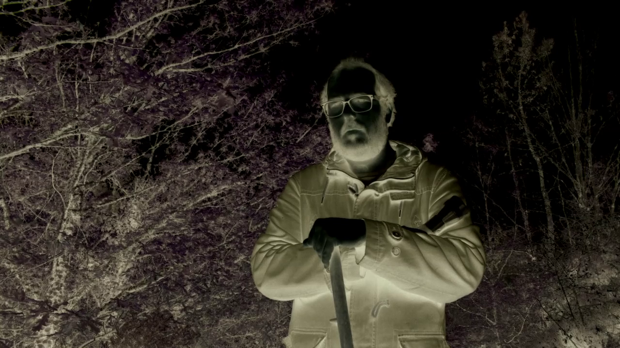 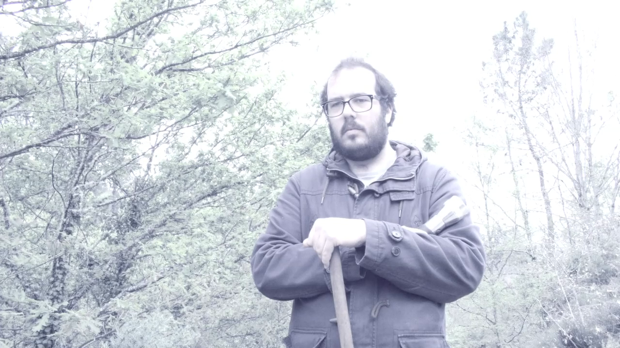 And this is just cool: a completely unexceptional guy whose facial expression suggests absolutely nothing becomes a threatening nighttime guardian, a human model mannequin brought to expressive life.