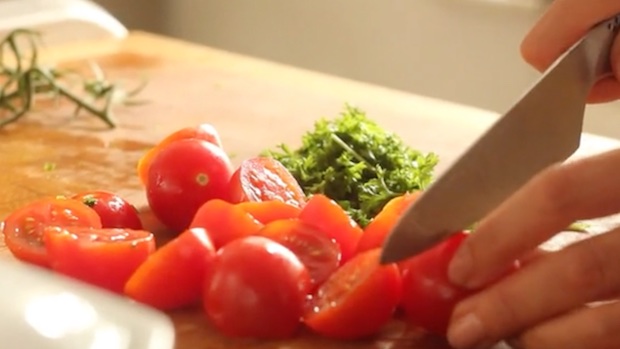 With awards like the Cinema Eye Honors’ Unforgettables Award, documentary organizations are beginning to draw attention not just to the filmmakers behind documentary cameras but the subjects in front. Still, BRITDOC’s latest is utterly original: the world’s first documentary cookbook. Currently fundraising on Kickstarter, the project is a digital download illustrated by Ben Lamb containing savory recipes from documentary subjects all over the world, from Chicago’s Ameena Matthews (from Steve James’ The Interrupters) to Burma’s Joshua Min Htut (Burma VJ) to an as-yet-unrevealed “certain American living somewhere in Russia.” Six of the doc chefs have already been announced, with all ten to have been revealed by campaign’s end. So, keep checking back. And consider donating to receive not just the cookbook but tea towels and aprons.