What Pretty Guts: Five Takeaways from Molly Crabapple on She Does Podcast 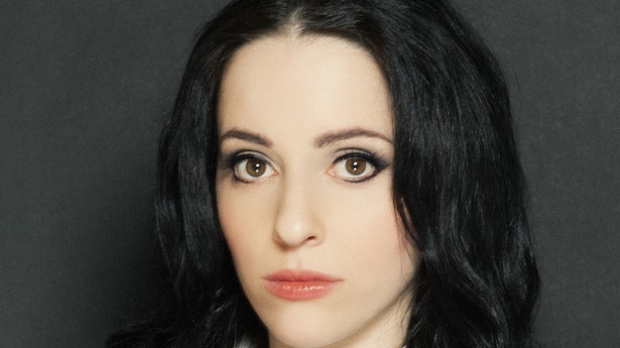 by Elaine Sheldon and Sarah Ginsburg
in Filmmaking
on Dec 2, 2015

Molly Crabapple is an artist and writer who combines illustration, art and journalism to document societal and political issues. Her work is influenced by her own personal experiences and radical encounters with injustice around the world, and aims to shed light on marginalized communities. She’s written and illustrated stories about Guantanamo Bay, issues sex workers face, the prison system, among many other topics, for Vice, Fusion, The New York Times, The Paris Review, Vanity Fair, The Guardian and Newsweek. Crapapple’s captivating paintings, and pen-and-ink illustrations can be seen on book covers, canvases, backdrops, and have accompanied articles written by both herself and by others; her art is featured in MoMA’s permanent collection. She’s the recipient of the Yale Poynter Fellowship, a Front Page Award, and a 2014 Gold Rush award. She was shortlisted for a 2013 Frontline Print Journalism Award for her internationally-acclaimed reportage on Guantanamo Bay.

In Dec. 2015, Molly released Drawing Blood, a memoir that details her life as a high school outcast, traveler of the world, Internet model, political activist, illustrator and many moments in between. In this episode, we dive into Molly’s intricate work, discussing the vampiric nature of being an illustrator, the inside of Guantanamo Bay detention camp, beauty as capital, her abortion, underground nightclubs, and using art to fight injustice.

Drawing Blood can be bought at Amazon here and from independent booksellers through Indiebound here.

Here are five takeaways from Crabapple’s talk this week on She Does Podcast.

On the strange and sometimes painful process of writing a memoir
I didn’t think it would be so hard. I was writing all of these personal essays for Vice; I wrote about my abortion, about turning 30, but there was something totally different between writing about a discrete thing that happened to you and using it as a jumping off point for larger questions and taking your entire life and fitting it into a narrative. Going back over every single failure and break up and saying, was I wrong? Was I right? I spent so much time looking at emails of some of the most intense moments of my life and trying to authentically get what the emotions were like during that moment. You’re always such a jerk when you’re reading old emails. Because I’m an artist, I have very vivid sense memory. So yeah, it’s very strange. I feel like I took my 20s and I locked them up into a box like Danae and sent them into the ocean.

How Molly documented Guantanamo Bay Detention Center despite their strict rules
When you take a photo you’re at the mercy of what’s in front of you. When you draw, you have all of your memory, you have all your imagination, you have everything to go from. You can edit, you can add, you can subtract. When I was in Guantanamo Bay, I was in an extreme advantage to photographers. They have these rules that make taking a photo like playing a game of Twister. They’ll say you can’t have anyone’s faces, you can’t have two doors, you can’t have cameras. Before you know it, you’re basically just taking photos of the floor, which is why they’re so bad. There are few good photos of Guantanamo Bay. They would go through people’s cameras at the end of every day and delete everything they didn’t like. Whereas because I was an artist rather than a photographer, they said you can’t have anyone’s faces. I would just give them blank smile masks. It’s a way of drawing around censorship.

Be the best or be something they’ve never seen before
There are several ways to be successful. One of them is just to be the best at a position for which there are a small number of slots. A classic thing would be being the class valedictorian. There’s only one class valedictorian, you do that by getting the best grades. There’s a path and you’re competing directly with other people. I’m just not like that. I was always too rebellious to ever compete directly with anyone for a singular position. So the other thing that you do is you make something else, where it’s only you and it’s just your skills and what you’re good at. You make that thing shiny and interesting enough that the world takes notice of it and they think, “Wow, I want someone to be the house artist for my nightclub.” Instead of catering to someone else’s wants, you make them want something new.

Working in a realm where art and journalism converge
I try to use my sketchbook like a photojournalist might use their camera. Except that when you’re doing drawings as opposed to photos, there isn’t the pretext of objectivity, so I’m allowed to take liberties that a photojournalist wouldn’t. When people look at my work, they know that I change the colors because people don’t have green skin. There’s just a freedom that I have because drawing is not an objective medium. I don’t make anything up, but I have more freedom. I have more freedom to present what I see in an aestheticized way.

Molly’s logic of working as an artist
I don’t believe you have to love your job. I don’t believe a waitress or marketer has to love their job. I do not believe your love is essential for functioning. However, if you’re going to work in something as improbable as wanting to be a fine artist, you have to love it. I’m not saying you have to love it as a moral obligation, I’m just like, “Why are you doing it otherwise? Surely it’s not money. It’s not ease. What possible reason would you have to do it except this bizarre addiction that you have?” If you don’t have that addiction, just don’t do it. Because it’ll just make you miserable and you’ll never produce anything good. So do something else.

Locking Up Immigrants for Profit