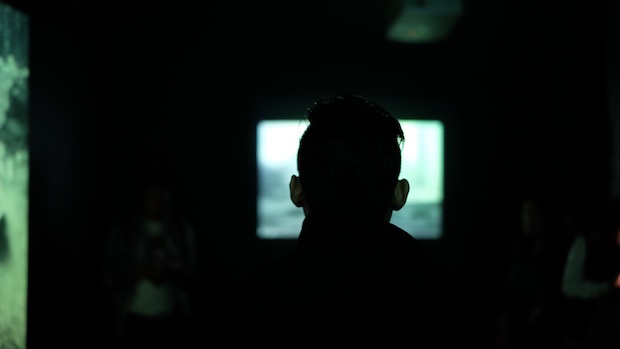 by Christianne Hedtke
in Filmmaking, Financing
on Dec 16, 2015

With the arrival of the Golden Age of Television, many indie-slanting stories are finding a home in episodic series. And if you’re one of these independent filmmakers with a hot series concept, you might find yourself in the least “indie” situation possible: pitching a network executive. But don’t be intimidated — as more and more non-traditional TV formats become runaway hits, networks’ doors are wide open to new ideas and innovative visions. If you can find a way onto the network exec’s couch, the following tips — culled from recent industry events, like the IFP’s Screen Forward, as well as personal experience (I attended the 2015 Sundance Episodic Story Labs with my TV series, Degenerates) — will be your lifelines:

1) Define the format. As Filmmaker reported from September’s IFP Screen Forward Conference in 5 Tips on Pitching Web Series, defining format is crucial when pitching a long-form series. Is your show a drama or a comedy? Half-hour or one-hour? Limited (mini) series or ongoing? Open format (it’s serialized) or closed format (it’s procedural)? Yes, it feels yucky to confine your uniquely beautiful world into such rigid categories, but this is the language of network television. Meet the execs halfway by learning it. Then, if your series really does transcend these rigid boundaries, you have the vocabulary to explain how and why your series needs to blur these lines.

2) Define your personal connection to the material. This is another tip from Pitching Web Series, but this tip will ring true in anything you pitch in your lifetime, from a non-fiction book to a Broadway musical. Producers and network execs want to know why you’re the only person on Planet Earth who can tell this story. What happened in your childhood or what defining life experiences have you lived that make you able to come at this story from a personal point of view, enabling you to personally relate to these characters? Yes, you wrote a compelling pilot, but network execs need to know that you have seasons and seasons of additional material in the same vein that you’ll be able to tap into as the series progresses.

3) Talk about your characters as if they exist. All too often, pitch noobs will go into a meeting talking about their “main character” or their “protagonist.” “But she’s not your “main character,” she’s Jessie Oberlin. Or whatever her name is! Use your characters’ names as if they’re real people to explain the way they behave, and then use anecdotes to illustrate how these qualities come to bear in their lives. So if you describe Jessie as “feisty,” go on to explain how “most girls try to make themselves smaller when they find themselves next to a manspread on a crowded subway, but Jessie is the kind of girl who takes up more room when she’s stuck next to a guy like this.”

Always use the present tense to talk about your characters, especially if the show is historical or autobiographical. Eschew sentences like “Jessie will be the kind of girl who marches to the beat of her own drummer.” Jessie already is that kind of girl because she already exists and she’s vibrant and real in your mind. Another no-no: “Jimi Hendrix was a bit of a rascal.” Jimi is a bit of a rascal, if he’s the one you’re writing about, because he’s relevant and his story is unfolding now, in real time, not 50 years ago.

4) Have your elevator pitch at the ready. You might actually be in an elevator with your dream producer someday, (more likely your amazing friend will introduce you to this producer and mention you’ve been developing a series), and if you want to seize this opportunity, at the very least you’ll need your series logline as spit-polished as humanly possible. Practice communicating the gist of your series in a single sentence so if you only have 10 seconds of someone’s attention you have a tantalizing one-liner that makes any listener want to know more. Painful as it might be to reduce this enormous story you’ve poured your soul into down to a sound bite, it’s true what they say: if you can’t fit your show concept into a tidy sentence, you honestly might not know it that well. The entertainment-industry Mad Libs version of your logline will sound a lot like this: “It’s a [length + format] about an [interesting protagonist] living in a [unique world] who’s struggling against [the central question of your series.]”

5) Use visual aids. While your verbal explanation of this incredibly exciting series should paint an enticing picture on it’s own, you can’t assume that everyone has as vivid an imagination as your own. Employing a visual element to supplement a verbal pitch can be just the thing an exec needs to help them share your vision. And the term “visual aid” can be interpreted pretty loosely. Jeff Bezos of Amazon is a fan of using Pinterest to put together a mood board that captures the look and feel the series. (Tumblr can be used to the same end.) Having shot a teaser for the pilot or cut together a sizzle reel that captures the tone of your show can be ultra-valuable. And if you’re developing a show that takes place in an esoteric world, images or props are an excellent way to invite your audience in. So Jessie is a scuba-diving spear fisher? Show us the reef where she fishes, the equipment she uses, the lionfish she hunts. If you’re pitching an animation, have character designs at the ready, or at least the work of artists that could inspire the design. If what you’re pitching is historical or autobiographical, bring in photos from the historical era or from your childhood.

6) Know the life of your series. It might go without saying that you know your pilot episode inside and out, but how does the first season unfold? What happens in future seasons? And how many seasons do you think this series has in it? Have sample episodes in mind when you go into the room and make damn sure each of these scenarios is consistent with the show you’re pitching. And above all, be sure you really love these characters and this world, because in a best-case scenario you’ll get a greenlight to series and many season renewals, and you could be spending the next decade of your life with these characters.

7) Do your research. With so many networks redefining themselves with original programming that’s radically different than what they’ve aired in the past, it seems less important than it once was to try to pitch shows that are in line with a network’s current programming slate. And with platforms like Netflix and Amazon who have no one demographic they’re trying to reach, the main thing to make sure of is that your show isn’t like something else they’re currently airing. So if you’re pitching ABC, whose advertisers must reach a certain targeted audience, definitely study their programming and be able to talk about how the audience they already have will love your show, too. But if you’re pitching Netflix, whose demo is everyone, just be sure you aren’t pitching a dramedy about the occupants of a women’s prison and how they wound up there. They’re all stocked up.

8) Make it a conversation.While there is a little bit of tap-dancing inherent in pitching a show, it should be more of a conversation than a performance. And know that if your audience is asking questions, that’s a very good sign! It means they’re interested.

And, finally, the golden rule of pitching: