Targeting Kids: Should the MPAA Rate Gun Violence in Movies? 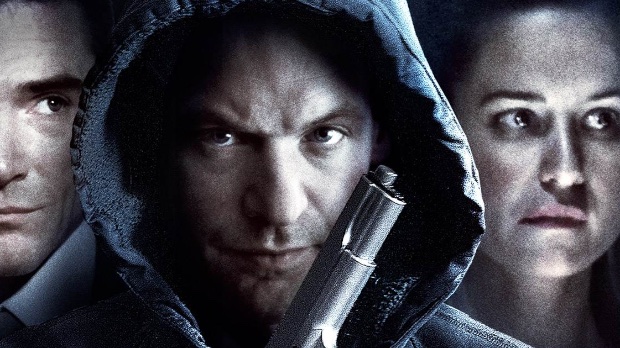 by Noah Buschel
in Distribution, Filmmaking
on Dec 13, 2015

Recently a friend sent me a link to a movie I made a little while back. The poster for this movie, Glass Chin, has the lead actor, played by Corey Stoll, caressing a gun. In the movie Corey’s character is scared of guns. And only touches one once, in fear, passing it to a psychopathic killer. That’s the only time a gun appears in the entire flick. And Corey’s character is scared shitless. He touches the gun like it’s the plague.

There’s a long and ongoing debate over whether violence in movies and video games has anything to do with violence in the real world. But as the shootings continue, and as gun sales on Black Friday hit an all time peak, it’s clear that there is a need to act more responsibly all around. As the FX become more real, as technology becomes more three dimensional, as virtual reality becomes less virtual, it’s high time to understand the toll violent imagery (and sound and now touch too!) is taking on us.

I love Kurosowa’s samurai movies as much as the next person. And I love Sword of Doom, which is pretty much non-stop killing. But these movies are masterpieces. They’re metaphorical, they’re emotional, they’re human, they’re profound, and when they came out, there wasn’t no epidemic of people getting their heads chopped off by badass countryside ronin. It wasn’t like droves of people saw Toshiro Mifune slicing and dicing and then went out and bought swords at their local supermarket.

We know that a lot of the disturbed individuals who have been shooting up kids prepped themselves by playing mind-numbingly gory video games. And the argument for these video games is: “Why let a few rotten apples spoil the fun for the rest of us?” We hear the same argument from people who want to keep guns from being difficult to buy: “Why let a few disturbed individuals impact our right to buy arms in an undemanding fashion? And yeah, we still do want semi-automatic weaponry because we need to get our hunting on. We need to hunt game.” But the thing is, it’s no longer just a few disturbed individuals. It’s an epidemic. The more content that is made that glorifies guns, or that numbs us to gun violence, the more it will harm us all, one way or another. It’s suicidal. Just as the more guns that are in drawers and cabinets and garages, the more these guns will fall into the wrong hands. The easier it is to get guns, the more kids will be killed.

We are providing very skillfully made “entertainment” that does its best to make people think shooting someone is a cool game, while also insuring that once they can no longer see the difference between the screen and the street, they have the real bullets to apply the delusions they’ve been brainwashed into.

When Columbine happened, the country felt sick. Now Columbine seems to happen all the time, it’s not even big news. What’s changed? Well, the power of the internet, for one thing. As a society, things are faster and lonelier now. We’ve all had that terrible sinking feeling, sitting at a diner, or in a bus or on a train, and realizing everyone is trained on their computer. Our dependency on the web and the ADD and the isolation and the anger that that dependency inflames… It’s gotta be a huge factor in the gun epidemic. If one spends enough time online, life can start to seem a little flatter. Almost like life doesn’t matter at all. Like life isn’t real. Like it’s not fragile and needing gentleness and care. But it does need our care.

If we had a rating system that spoke directly to what’s going on with guns, that might be a start. For instance, maybe some peeps are going to a movie that’s not even rated R, like Inception. Inception doesn’t have much blood, but it sure does have a lot of guns being shot at people (dream sequences or not.) Maybe if the poster had the gun count in the corner of the frame, then everyone could see just what exactly they were getting into. Maybe then there would be some more accountability. Maybe if parents are taking their eight-year-old kid to the Cineplex and it says on the poster the number of times guns are fired at other human beings in the movie, maybe that impacts the box office negatively. Maybe not. But it seems worth trying. And maybe if a filmmaker makes a movie that says “500 GUN SHOTS” on the poster, and it’s a comic book movie targeting kids, maybe someone in the media will ask them, “Hey, what are you doing? Is that necessary to the story you’re telling? And if so, what exactly is the story you’re telling? And why are you telling it at this time?”

If the filmmaker is Stanley Kubrick, and the film is Paths Of Glory, he could tell us exactly why he had every gun shot. No one was killed for fun in that movie. No one was killed in a pornographic video game way. He was truly reflecting the reality of violence. And no one can no longer easily say that violence, particularly gun violence, is escapist. Not when people are literally being shot up in movie theaters. The word escapist does not fit anymore, because people are not escaping, they’re getting killed.

There was a time when all movies were loaded with cigarettes. They were enchanting advertisements for nicotine and tobacco corporations. And they were the most effective ads possible. Some chump smiling with a Lucky Strike on a billboard never held a candle to Gene Tierney or Humphrey Bogart lighting up on a huge screen, lit perfectly, and exhaling gorgeous smoke from their alluring mouth. But we got wise to that. As romantic and magical as those images were, when we found out that cigarettes were killers, we stopped letting every charismatic star have the habit in their movie. It became frowned upon. If someone was going to smoke in a movie, there had to be a reason beyond phallic coolness. The same can be done now with guns. The sexualizing of guns, the glamorizing of guns, it’s powerful stuff, and we grew up on it. But it’s shameful. And we know too much about it now. We know too much about it to act like we don’t.