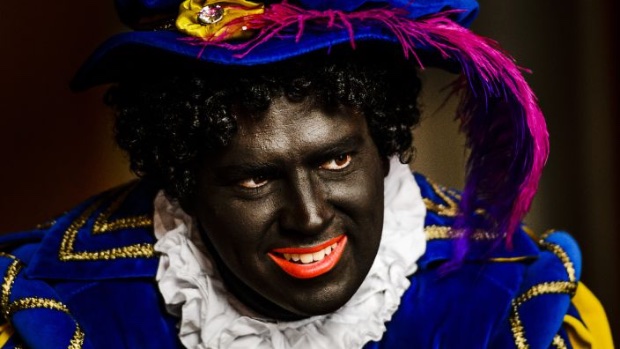 by Lauren Wissot
in Directors, Interviews
on Feb 1, 2016

Admittedly, it was with a feeling of vindication and satisfaction that I stumbled upon Roger Ross Williams’ most recent short Blackface, now streaming on CNN. The Academy Award-winning director — whose feature Life, Animated premiered this week in the US Documentary Competition at Sundance — is a recent transplant to the Netherlands, and his thoughts upon first encountering Zwarte Piet (“My heart sank and I felt a little nauseated”) were a bit different from my own. As a white American, my initial reaction years ago to seeing both kids and adults in blackface and Afro wigs celebrating in the streets was more a mix of incredulity and horror. Nevertheless, the scale of our shared disgust is matched only in incomprehension by so many Dutch citizens’ inability to understand why us “outsiders” can’t just accept this as their longstanding tradition and move on. Why do non-Dutch have to meddle in another country’s business?

To search for answers to this and more, I sat down with Williams to discuss, among other issues, modern-day racism, taking a stand against injustice wherever it may occur, and why history can never be viewed in black and white.

Filmmaker: So I’ve long had a theory about why the Dutch are so protective of their Zwarte Piet tradition. I think the problem has less to do with racism than with the general “culture of denial,” an antipathy to rocking the boat in the Netherlands. I mean, these are the same folks that celebrate Anne Frank with a museum, while simultaneously sidestepping the fact that the country lost more of its Jewish population during WWII than any other nation outside of Poland. I mean, basically Anne Frank died because of Dutch indifference and aversion to confrontation. (Then again, the Dutch writer Arnon Grunberg once warned me in an email chat that I was simplifying the situation.) What are your thoughts?

Williams: I disagree with you. Using my skin, hair and features as a costume and a form of ridicule is racist. Black Pete is one example of a deeply rooted, institutionalized racism in the Netherlands. I have screened this film in the black community, and many black Dutch people are offended by this tradition. They are also citizens of the Netherlands, they were born there, and they deserve the same respect as the white citizens of the Netherlands. Many of them pull their kids from school during the Sinterklaas celebration because many of their kids are mocked, and they are fined for this by the school system.

Finally the Dutch are starting to listen, and schools in Rotterdam and The Hague have started discouraging, and in some cases banning, Black Pete from the Sinterklaas celebration. As far as Anne Frank, I think that in school Dutch children are taught about the Holocaust but they are not taught about the role that the Netherlands played in the slave trade. They were the last European country to stop trading slaves in their colonies, and the Netherlands was built on the backs of slaves. Black Pete is a symbol and residue from a very dark time in the Netherlands’ history.

Filmmaker: I remember hearing Herzog once say, after a screening of Into the Abyss, that as a Bavarian he didn’t feel it was his place to tell Americans what to do with regards to the death penalty. As a New Yorker, did you have any reservations about jumping into the Zwarte Piet fray?

Williams: Racism is a global problem. Speaking out against it is not jumping into the fray — it’s the right thing to do because racism is an injustice, and we need to take a stand against all injustices. Symbolic racism like Black Pete is deeply damaging to black people all over the world, and especially to black children in the Netherlands who grow up being told that they are inferior to white children.

Filmmaker: My friend and colleague at Amsterdam Magazine, Mike Peek, once wrote a terrific, and often hilarious, piece on the Sinterklaas tradition in which he wondered whether the Piets had “practice chimneys” on the boat over (since a lot of Zwarte Piet-is-racist deniers have argued that Black Piet is not actually black but simply sooty from going down chimneys). Mike, who is both white and Dutch, also got hate email for broaching the subject. I know you’ve already screened for university and arts-oriented audiences in Holland, so what’s been the feedback from young Dutchies like Mike who grew up with Zwarte Piet and are ready for a change?

Williams: Enlightened and progressive Dutch people have thanked me for bringing this issue and conversation into the public eye. In the beginning, I received tons of hate mail. After the Dutch watched my film, and read my editorial in the NRC, the Netherlands’ leading newspaper, half of the hate mail turned to love mail, and many people thanked me for opening their eyes to a very racist and offensive practice. And many said that they were now ashamed of the Netherlands’ response. Many of the hate mails started out by saying that it was an innocent children’s holiday – and how dare I interfere with that – and ended by calling me a stupid black monkey and the N word. How is that not racist?

Filmmaker: On the other end of the spectrum, one of the things that always most surprised me about the annual Sinterklaas parade was seeing a handful of black people (usually with a multiracial kid on their shoulders) partaking in these festivities. Have you spoken with any pro-Zwarte Piet people of color – or at least those that consider it a harmless tradition?

Williams: Black people in the Netherlands who practice Black Pete have no sense of their history and are victims of a colonialist and imperialist mentality. Suriname, the black colony of the Netherlands, outlawed Black Pete last year, and the majority of black people that I spoke to are offended and horrified by this tradition.

Filmmaker: Finally, I know there’s at least one feature-length documentary about Zwarte Piet from another American filmmaker in the works, but your short feels ripe for expansion. Any plans for a feature film on the subject now that you’re based in Amsterdam?

Williams: Blackface has received wide mainstream coverage in the Netherlands. It has been written about multiple times in every major newspaper. I’ve done interviews with National Public Radio of the Netherlands, and appeared on the most famous late night talk show in the Netherlands. Blackface started a major discussion. What more could you ask for in a film than to change hearts and minds?