“No Secret Is Without Complications”: Director Jon Shenk | Audrie & Daisy 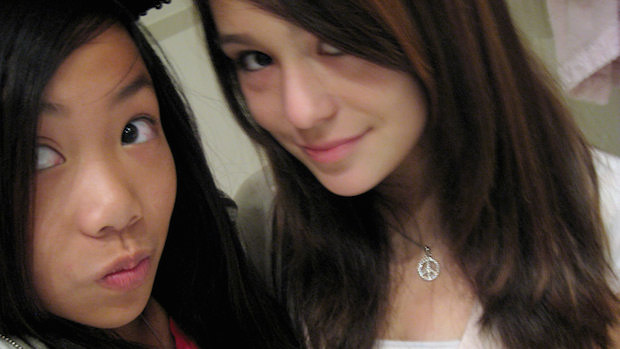 Audrie & Daisy tells the story of two teenage girls who went to parties, drank alcohol, passed out and were sexually assaulted by guys they thought were their friends. In the aftermath, both girls discovered that the crimes were documented on cell phones. Video and pictures were passed around. Their lives were changed forever.

We came to realize that these stories are built on a foundation of secrets, some pernicious and some well meaning. There are too many to list, but one changed the film significantly. Audrie Pott’s family brought civil charges against their daughter’s assailants. Although, the boys had been charged with felonies and sentenced in juvenile court, the Pott family felt that the boys, 15 years old at the time of the assault, had not shown remorse or learned a lesson. We had been filming with the Pott family during the time of the civil proceedings, but we were completely surprised to learn that the settlement agreement that ended the case included a unique stipulation that involved our documentary. In the legal settlement*, at the request of the Potts, Audrie’s assailants agreed to be interviewed for the film that would become Audrie & Daisy. The Pott family kept their request as a secret from us until the settlement became public.

Of course, no secret is without complications. As independent filmmakers, we wondered about the ethics of participating in an activity that the boys viewed as “punishment” for what they did to Audrie. Ultimately, we filmed the interviews and set up an almost impossible task for ourselves. Typically in TV or film, when a participant wishes to maintain their anonymity, their face is blurred, shadowed, or blacked out. However, we felt that these techniques would hide the humanity and the subtleties required to tell the story. So, we embarked upon a visual effects process in which we isolated the boys’ facial features, altered the shapes, and then re-animated the eyes, mouth, and body movement so that it matched the original movements from the filmed interview. This allowed us to include the boys’ perspective, maintain their humanity, and yet keep their identity a secret.

*4) Each defendant must appear in the current production “Actual Films” and or Pott family choice of documentary for a 45 minute filmed interview. Provide an honest and open account of the events on September 2nd and the following week that at a minimum does not conflict substantially with deposition statements and/or Section (2) of this Agreement. The interview will not show the defendants’ faces or identify their names. Each defendant must complete their respective interview within ninety (90) days of the execution of this Agreement.