“I Came Back Many Times Without My Camera”: Director Maya Goded | Plaza de la Soledad 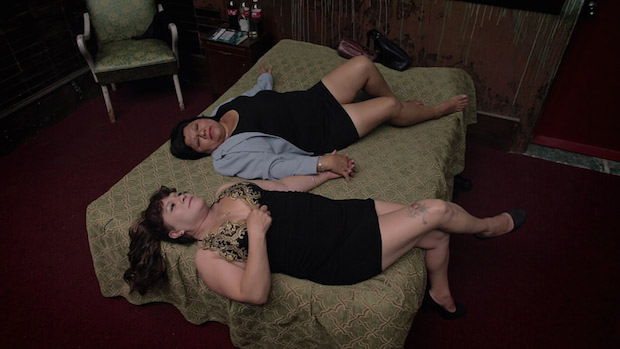 The first time I came to La Merced, where I filmed Plaza de la Soledad, I was pregnant with my first baby. A girl. That was more than 20 years ago. I was then working for a human rights organization and photographed jails in the Oaxaca Sierra. Being pregnant, I didn’t wish to travel too much so I decided to walk the streets of my city. That’s how I found myself seated in a plaza in downtown Mexico City. There I observed the women that were chatting beside me. They seemed to be waiting for something. They were like a family. Strong, brave women, a few of them young, mostly getting on in years. While talking to them I understood they were prostitutes.

I felt very vulnerable and strange with my pregnancy. I was afraid to become a mother and had many doubts if I would be a good one. With those women I felt very comfortable talking about my fears, femininity, my sexuality and other difficult issues that I couldn’t talk with people close to me. I found a space for an honest dialogue with them and I came back many times without my camera.

I loved that playful relationship that we established where we reinvented ourselves through this conversation. That allowed me to take their pictures and then this dialogue was also established through my lens. Most of my photos show very intimate moments of them with their children, their lovers and clients. I really found many answers to my personal questions talking to them and I still find them now, many years later.

The day we finished the film I felt a huge relief. I walked through the memories of all these years I’ve known the characters in my film. I realized that I was not only completing a film but also signing a love letter “written” to all of the women that are part of this documentary. At the same time I realized it is a love letter to my daughter, my mother, my grandmother, even my great grandmother.

When I see the film now I find that there are many moments where we keep talking of the same themes that sparked our conversation more than 20 years ago: sex and maternity. I believe I am concluding an essential stage for understanding myself through my work.