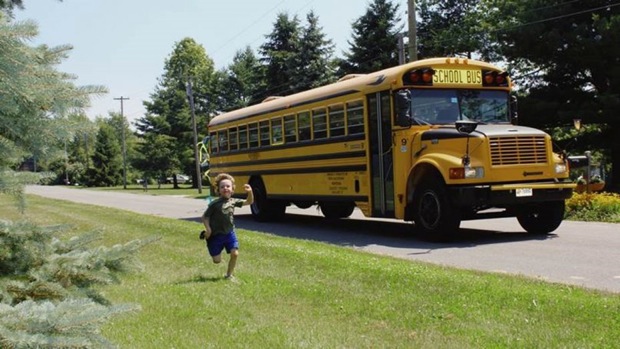 Kim A. Snyder’s Newtown examines the current spate of gun violence by presenting the families who have been most affected by it. Three years removed from the horrific school shooting at Newtown Elementary School that took twenty-six casualties in Connecticut, Snyder’s film gives a much-needed face to the community. As discussions revolving around the accessibility of firearms seem to get obscured and buried by politicians with a not-so-secret agenda, Newtown seeks to make the political personal.

Filmmaker: Your previous film, Welcome to Shelbyville, was also about the residents of a small town reacting to a major event in their community. What brings you to a location? Are you first interested in a major event that takes place there or is it the residents who determine whether or not you have a story?

Snyder: In both of these films it was most definitely the latter. While an event may be the impetus to land there, I am always drawn first to character in terms of determining story. With both Shelbyville and Newtown, I became interested in how best to render a community as character, and in both cases, each of these communities proved to be a microcosm of America at the crossroads of burning national issues: immigration and mass gun violence.

Filmmaker: What was it about the Barden family that stood out to you?

Snyder: As a family unit, it was the sense of clan. As I began to contemplate what resilience looks like and what one draws on in the face of unthinkable loss, I was moved by their extended family and their care — for example Jackie Barden’s sister, who picked up and moved to Newtown following the tragedy, and also Mark’s first cousin Carl, who provided an emotional lifeline for the entire family. The strength of Mark and Jackie’s union and their allowance toward one another to grieve in different ways also stood out. It was Mark’s solitary sense of grief and his ability to articulate it in such a strong and honest way that drew me in.

Filmmaker: When the NRA attempts to quiet down the outcry for stronger background checks, claiming that the shootings are an issue of mental health and not of easy accessibility to firearms, they focus on the horrificness of the shooter rather than on the helplessness of the victims. They do not want us to see photos of those who were murdered, as it humanizes them and may prompt real change. How important was it to you to feature the Newtown residents discussing the tragedy in their own words? Did anyone not want to relive the experience?

Snyder: It was paramount to me that the singular point-of-view in the film originate from Newtown residents. I stood in solidarity with many in town (along with victim communities elsewhere) in avoiding use of the shooter’s name.  I wanted to give them a voice for their collective grief, transcending the limitations of news coverage over the trajectory of time. Only those who felt compelled to revisit the experience of the day, did so; most felt a desire to bear witness after careful discussion about the motivations for doing so. The school custodian Rick, however, could not, and so we never pushed it. It also varied over time; I found that something shifted between years two and three for those closest to the trauma as far as the need and desire to speak of the experience.

Filmmaker: Regarding documentaries that focus on social issues, how do you, as a filmmaker and as someone who believes in the cause, measure your film’s success? Is policy change the ultimate goal?

Snyder: While I feel strongly about the issue of gun violence and the potential impact the film might have in affecting positive change, especially having just spent 3 years with survivors in Newtown, I deliberately did not approach the film as a social issue or advocacy film. Rather, I wanted to create an emotional experience that might break through the desensitization of these incidents and the slow bleed of daily gun violence I felt we were invariably experiencing as a country. I wanted to create an honest work of intimacy in an artful way that might shift consciousness. My measurement of success will be if viewers use their experience of viewing this film to affect sorely needed policy change that the majority of the country currently supports.

Filmmaker: How did you receive President Obama’s speech on January 5th about the “sense of urgency” needed to put an end to these mass shootings?

Snyder: His sentiment and words resounded deeply with me. As an outsider to Newtown, that sense of urgency has been profoundly felt each time one of the many mass shootings since 12/14/12 has occurred. I’ve vicariously experienced the re-traumatization of the community, many of whom have become friends. The President’s words evoked that ripple effect of shared empathy and the universality of collective grief that imbues the core of the film.