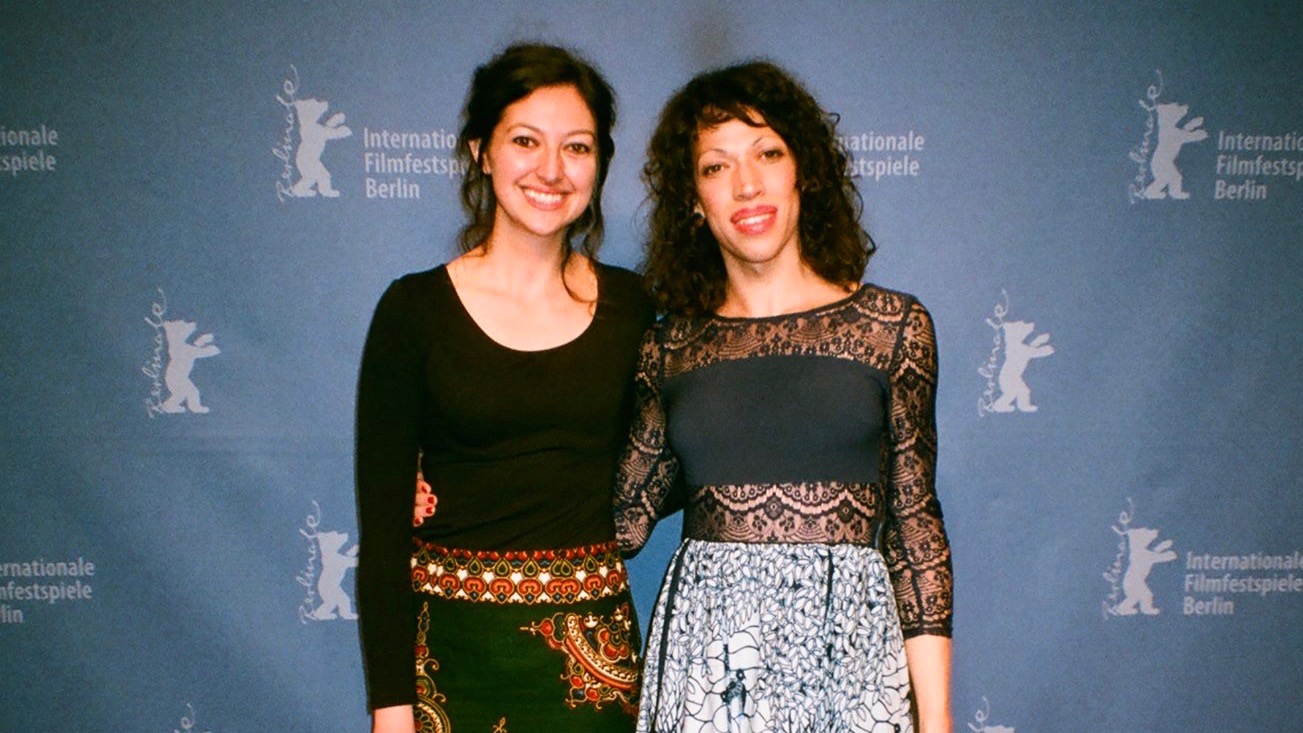 Nakom is the first ever feature film in the Kusaal language and the first Ghanaian narrative film to have screened at the Berlin International Film Festival. Following the world premiere in Berlin, the film made its U.S. debut at the New Directors/New Films festival in New York. Last month, Nakom was nominated for the Independent Spirit John Cassavetes Award for films budgeted less than $500,000.

On the eve of their Berlin premiere, co-directors Kelly Daniela Norris and T.W. (Trav) Pittman said they were most excited to screen in Nakom, the rural village in northern Ghana where they lived for four months without electricity or running water and where their story was imagined and filmed. But though the film has played for audiences worldwide, it has yet to screen in Nakom.

Earlier this fall, Nakom was selected as the opening night film in Ghana’s first ever film festival called the Black Star International Film Festival. “Though it was a struggle with fundraising, many members of the production were able to make the 12-hour journey to the capital (some for the first time),” said Norris.

More than just the title and setting of the film, Nakom is home to the entire cast of actors and where co-writer Pitman lived for two years while serving in the Peace Corps. Tribal elders blessed the project before shooting began, and core crew members lived in the “headmaster’s quarters” at Nakom’s primary school.

“The story was inspired by the common narrative of a bright young person who wants to get out of a traditional community but gets pulled back because of family illness or death,” said Pittman.

The film follows Iddrisu, played by Jacob Ayanaba, a medical student who returns to Nakom after his father’s death. With the future of his family’s farm at risk and their reputation at stake, Iddrisu is stuck between the dreams he once had and the responsibility he feels destined to assume.

Below is Norris and Pittman on an early morning in Berlin at the 66th Berlinale.

Filmmaker: How did you two first meet and start working together?

Kelly Norris: We met at Columbia University in our Intro to Film Theory course. We were the only two freshman, so we instantly bonded, but it wasn’t until a few years later that we solidified our collaboration. We have a very philosophical, creative, and emotional alliance. Filmmaking is such an intense experience, so to have someone you deeply align with creatively is such a relief. I don’t think I would have had the courage to risk this career path if I hadn’t met my creative soul mate.

T.W. Pittman: I feel the same way. We’ve always felt that anything we produce together is going to be better than anything we could produce separately. In that way, we feel like we owe it to the work to collaborate together.

Filmmaker: I read that you are committed to “socially and personally relevant work.” What does that mean?

Pittman: The union of the social and personal is a big aim for us. We start a story from our personal identification, the narrative and the emotional content, and the themes, but there’s always something embedded in there that’s larger, and that speaks to global issues. But if you approach something from wanting to communicate a message, it’s much less powerful than having something larger emerge from something specific, like a character’s behavior.

Norris: Yeah, it’s a little misleading because that sounds kind of like we’re guided by a mission statement, which I don’t think is accurate at all. We care about focusing on the greatness of small things. Rather than start off with grand themes, we prefer to be honest to the personalities we are creating by focusing on intimate stories, character psychology, and inter-personal relationships, then from there, I think we will hit socially and personally relevant themes. Trav is politically fueled, and I think I’m more artistically and psychologically fueled, so combined, I think we strike a good balance.

Filmmaker: The actors in the film are all locals in Nakom. How was casting and working with non-actors?

Pittman: We got exceptionally lucky with our lead actor. We cast as broad a net we could for a young man who is fluent in both English and this very specific tribal language called Kusaal, which is not spoken that widely in Ghana. It was clear that Jacob Ayanaba had a presence right when he walked in the room.

Norris: And our co-writer/producer, Isaac Adakudugu, played a massive role in casting the other characters because he’s from Nakom. He created character lists and worked with the local churches to find interested people. And then we narrowed it down from there. And also because Trav had lived in Nakom before, there were a lot of familiar faces ready to get involved.

Filmmaker: You lived in Nakom for two years when you were in the Peace Corps. In making the first Ghanaian film to screen at the Berlinale, but not being Ghanaian yourself, did you question that your experience living there was enough to fully and accurately reflect this culture?

Pittman: I think there were moments of doubt very early in the writing process, but we really worked so closely with Isaac to make sure we got all the details right in every scene and every line of dialogue. He would not have let anything that wasn’t authentic to this village and tribe slide. The concern wasn’t about this not being a true to life depiction. The concern I had was more about the film’s emotional impact, whether it’s structurally compelling, and how to engage the audience.

Filmmaker: How did the shoot affect the daily life of the village and how did you prepare the locals?

Norris: Filmmaking is very invasive, so we were extremely transparent about our impact. And Isaac was essential in communicating these difficulties with everyone in the village. We were reliant on him, and because of him, we were welcomed.

Pittman: It’s mindboggling how much we put everyone in the village through, from the night scenes with a big generator to the big burial scene. But they were so welcoming and warm throughout the entire process. It has everything to do with the fact I spent two years living there and developing this trust. There were about five of us from outside Ghana, but everyone else from the cast and crew was from Ghana.

Norris: Without that, I don’t think any of us would have felt comfortable going in and shooting the way we did.

Filmmaker: You lived in a rural village without electricity or running water for four months. What were the conditions during the shoot?

Norris: It was a very difficult shoot. It’s not necessarily an environment you can control. So we had to very quickly adapt to the natural rhythms of this place. We shot the film in reverse, from mid-way in the rainy season to catch the millet as it was growing. And because we were there during malaria season, many of our actors and crew were battling illness pretty consistently. Trav got malaria two weeks after we arrived when it was just the two of us. We gave ourselves ample time, but with the physical and logistical demands, it didn’t feel like we had much time at all.

Pittman: We also got really sick when we arrived from eating ill-advised street meat, and when our DP arrived and saw us, he said there was no way the movie was going to happen. But in my mind, there was no way we weren’t going to make the movie. I never doubted that it wasn’t going to be as successful as we wanted it to be. I think that’s an essential mindset, and it’s the way Kelly and I approach all of our films.