SXSW Preview: 20 Films and Presentations to Add to Your Austin Calendar 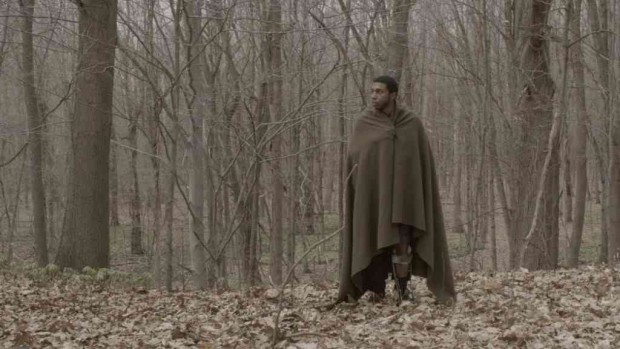 Last year was a great one for SXSW Film. Two of the year’s best independent films, just reaching theaters now (Krisha and Creative Control), premiered at the festival, and the Film and Interactive conferences offered up their typically dizzying assortment of how-to panels, seminars and forward-thinking keynote talks. As I anticipate this year’s edition from, literally, an altitude of 30,000 feet, Barack Obama has already left the room, folks on Twitter are complaining about the long registration lines, and the gear heads and app-makers are setting up shop in the Austin Convention Center for their mammoth trade show. Me, I’m scanning through the program book and making my plans for the week. Here are 20 recommendations of events I’m looking forward to and which, if you are similarly inclined, I might see you at.

Everybody Wants Some. Hometown veteran Rick Linklater premieres his newest film, billed as a spiritual cousin to his sophomore classic, Dazed and Confused, in the town where he lives and films. Drawing from Linklater’s experiences as an undergraduate in the ’80s, it’s the festival’s Opening Night film.

In a Valley of Violence. Ti West is another member of SXSW Film royalty. His breakthrough picture, The Innkeepers, premiered there in 2011, and this year he debuts a film which straddles all possible lines. Like his other movies, it’s relatively low budget while, with the backing of Blumhouse Pictures, it’s a step towards the Hollywood system. Notably, it’s not a horror film but a straight-up Western, and it’s West’s first film with major stars: John Travolta and Ethan Hawke.

collective: unconscious. Anthology films are tough. Produced episodically, helmed most often by different directors, they are still expected to hang together as complete works. The latest producer to try his hand at the format is Dan Schoenbrun, an occasional Filmmaker contributor whose day job is as the Film Manager of Kickstarter. Raising funds on that platform, Schoenbrun used the concept of dreaming to inspire his feature, which pairs five notable rising independent film directors, tasking each to adapt another’s slumbering vision. The directors? Daniel Patrick Carbone, Lauren Wolkstein, Josephine Decker, Frances Bodomo and Lily Baldwin.

The Bandit. Following one of the best documentaries of recent years (The Overnighters), Jesse Moss has shifted gears quite radically with The Bandit, which tells the story of Burt Reynolds, his best friend and stunt double Hal Needham, and their work on 1977’s good ol’ boy hit, Smokey and the Bandit. Reynolds has been notoriously dyspeptic regarding his interactions with independent filmmakers (to wit, his dislike of his work in Paul Thomas Anderson’s Boogie Nights), and it will be fascinating to see where Moss is able to take him.

Beware the Splenderman. First out of the gate with a take on one of the most chilling real-life crime stories of recent years is Irene Taylor Brodsky’s Beware the Splenderman. It’s the tale of two teenage girls who attempted to murder another in the name of an Internet Boogeyman. Brodsky is an Oscar-nominated, Emmy award-winning filmmaker whose previous work has focused on children, and here she’s gained extensive access to the families of the accused girls.

The Alchemist Cookbook. With 2014’s Buzzard, Joel Potrykus completed his darkly comic “Animal Trilogy,” which chronicled a Michigan underbelly of social outcasts and rage-filled wage slaves. At SXSW he debuts The Alchemist Cookbook, which, on paper, seems to herald a new direction. His characters are typically withdrawn, but this time his protagonist, a young practitioner of black magic, is literally so, living alone in the woods with a cat called Kaspar.

I Am Not Your Guru. With the language of self-help having seeped into so much of our daily vernacular — including, er, film sites with their inspirational how-to articles — what better time to chronicle the life and career of self-empowerment speaker Tony Robbins. With this new, Netflix-acquired doc, Joe Berlinger gets deep into the motivational master. Check it out… and then go make your movie!

American Fable. The press stills for Anne Hamilton’s debut feature are stunning. The drama is an ’80s set story set against the background of the farm crisis, and Hamilton, previously a philosophy student who interned for Terrence Malick, has said she drew inspiration from Guillermo del Toro’s Pan’s Labyrinth.

The Eyes of Robots and Murderers. Fresh off their respective successes, J.J. Abrams (Cloverfield) and Andrew Jarecki (The Jinx) talk future crime in this discussion of cybernetics and pathology while introducing a new mobile video platform called KnowMe.

A Conversation with Sarah Green. As she presents her latest production, Midnight Special, at the festival, ace Austin-based producer Sarah Green will sit down with director/producer Athina Rachel Tsangari to discuss her career and the film business in general. Green is a straight-shooter, and if you are any kind of producer, from would-be to seasoned, I wouldn’t miss it.

Joe Swanberg Keynote. One thing the independent film world could use more of is candor — straight talk, solid advice, and real-word comps. For most producers and directors, the selling price of their films, or their own financial realities, are carefully guarded mystifications. Not Joe Swanberg. The prolific auteur and producer contributed one of the best pieces on this site in recent years — a deconstruction of his own economic life — so I’m eager to see what else he share at this keynote address.

Little Sister. Brooklyn-based Sirk devotee Zach Clark is another SXSW favorite, and his follow-up to White Reindeer looks similarly compelling. It’s described as “a sad comedy about family” that kicks off with a young nun returning to her all-block, goth-decorated bedroom in the town she left behind.

A Stray. Musa Syeed follows up his Sundance-winning Valley of Saints with this tale of a man and his dog set within Minneapolis’s Somali community. This is no sentimental narrative, as Adan becomes a dog-owner after hitting a stray on the street, and the presence of the dog in his life complicates everything else, including his volunteer work at a local mosque and his side gig of providing intelligence to the FBI.

Best and Most Beautiful Things. This first feature from Boston documentary filmmaker Garrett Zevgetis is a peek into the life of a “quirky and charming” 20-year-old autistic and legally blind woman who lives with her mother while considering a leap into the larger world outside. “A joyful story of self discovery” that “celebrates outcasts everywhere” is how the program book describes this world premiere.

Tower. Keith Maitland’s 1966-set documentary is sadly relevant today as it chronicles one of the country’s first and certainly most-remembered mass shootings — the killing of 16 people by a sniper perched at the top of the University of Texas Tower. (Hey, how about a future Austin Film Society double feature: Tower and the Cambria Liberation Collective’s fictional take on the same incident, The Delicate Art of the Rifle?)

Boone. 25 New Face Christopher LaMarca premieres Boone, a documentary he directed with Katrina Taylor, in the Visions section of SXSW. It’s a story of three dairy farmers who work their land while confronting the policies of the USDA, and it’s sure to be inflected with the beautiful, sensuous cinematography of the director’s previous work.

Marie Claire Talks to the Stars of Broad City.Abbi Jacobson and Ilana Glazer sit down with the editor of Marie Claire to reveal their successful strategies for turning their web series into a successful television who.

12 Inevitable Tech Forces that Will Shape Our Future. Wired‘s Kevin Kelly is best known in the film world for his 10,000 true fans theory, a seemingly useful social media directive that has proven immensely frustrating to any director or producer trying to crack five digits of “likes” on Facebook. Here, he provides a quick survey of impending “technological imperatives” we’ll all need to know to remain competitive, or at least relevant, in this still relatively new century.

Closing Remarks: Bruce Sterling. What would SXSW be without the melancholy prognostications of itinerant author and tech scribe Bruce Sterling, who closes out the Interactive side of things with his always unpredictable musings on the state of the world.