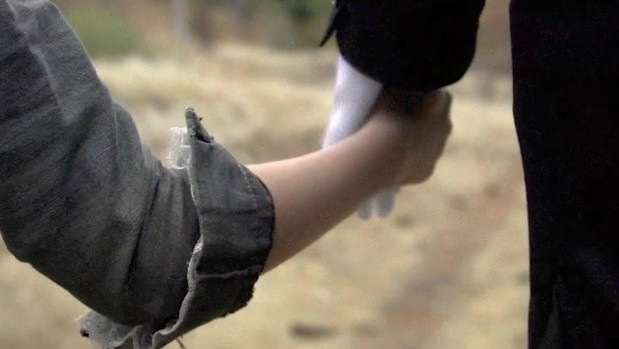 An incident so horrific it could only be attributed to an otherworldly paranormal presence, the stabbing of a twelve-year-old girl by two of her friends in Waukesha, Wisconsin made national headlines in the spring of 2014. Lured into the woods, stabbed nineteen times and left for dead, the girl survived and her two assailants, also twelve years of age, were quickly apprehended. Claiming that they were carrying out the deadly attack in honor of the Slenderman, a fictional murderer whose mystique had been bolstered by rabid internet lore and perverse fascination, the girls’ reprehensible act was a unique case of the dangerous influence the internet holds on persuadable minds.

With Beware the Slenderman, Academy Award-nominated filmmaker Irene Taylor Brodsky spoke with the families affected by this crime, developing her documentary over eighteen months of intense research and penetrative access to those involved. More than a story about an urban legend run amok, Brodsky’s film aims to analyze why the crime took place.

Filmmaker: How did you first hear about the “Slenderman stabbings” and how did the crime speak to you as an event that could work cinematically?

Brodsky: I had already been developing a film on how our brains are adapting to the 24/7 online culture when the news first broke about the stabbings. Sheila Nevins and Sara Bernstein at HBO sent me an article on what happened. I had never heard of Slenderman, but early details of the crime indicated something horribly tragic and yet horrifyingly familiar. Slenderman is a Boogeyman for our modern age, an archetype of the faceless predator that is coming to get us.  I knew a good portion of our film would come from the internet itself.

Filmmaker: To that extent, did the intense nature of the crime affect how you wanted to shoot the film? Did cinematographer Nick Midwig and yourself have a discussion about avoiding genre tropes of any kind?

Brodsky: I was never so interested in re-creating the crime as I was in entering the psychic universe of these girls in the months preceding it. The crime happened in the woods, and the woods are where the girls believed Slenderman lived. I had Nick start shooting the woods with a Movi cam and a drone  — not just where the stabbing occurred in suburbia, but deep in the North Woods of Wisconsin where the girls were headed after they left their friend for dead. Nick shot with the drone in every season. What he captured was eerily beautiful, and all those branches from high above took on the landscape of the human brain. Those woods became a stand-in for their imagination, and our own, in picturing what actually happened that day.

Filmmaker: How did you initially reach out to the families of the two young women accused? Was their participation crucial in the telling of this story?

Brodsky: Their participation was not crucial to starting the filmmaking process, but it was always my goal. I was patient but persistent. I sent them previous films I had made. I wrote letters.  After a few months, the two families, independent of each other, agreed to an interview.  Then, slowly and over time, they allowed me more and more into their lives.

Filmmaker: Once you began production and was granted access to the affected families, did the external news cycle become something to avoid or embrace? How did what others were writing about the two girls affect your opinion of them?

Brodsky: The news cycle didn’t affect my feelings about the crime, the victim, or the perpetrators at all. I knew the stabbings had sensational appeal, but our film was going for something more mysterious than that and, we hoped, more meaningful. In the many court proceedings,  I was always careful to keep to myself.  I rarely spoke to other journalists and never to the families I was filming.  This was my way of honoring their confidence in me.

Filmmaker: You’re participating in a panel at SXSW titled “Down The Rabbit Hole: Slenderman, Children & The Internet.” As the internet can specifically play a predatorial role against children, how did you find this particular story to be a strong example of this? This story goes far beyond that of an anonymous adult attempting to inflict harm on a child.

Brodsky: This is not a story about the internet preying on children. It’s about the childish mind falling prey to the highly visceral, and seemingly plausible, universe online we are creating. Slenderman originated from one person’s imagination, but has evolved to reflect the rest of us. He is faceless, so can be whomever we most fear. Through scary games, online stories, fan fiction, YouTube serials, Slenderman has become a crowdsourced boogeyman. He is us. And I think the girls recognized something very authentic in that.