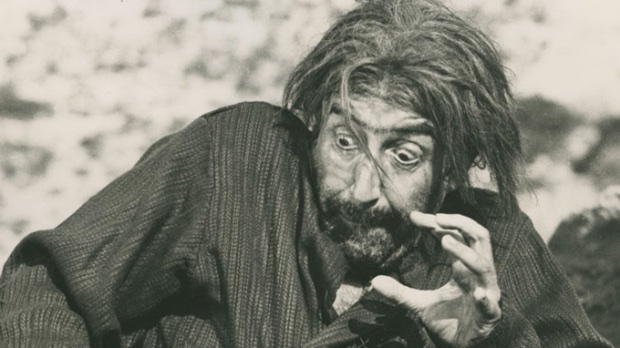 The Ghost in the Noonday Sun

by Paula Bernstein
in Directors, Financing
on Mar 21, 2016

It was 1973 and Peter Medak was a hot director on the rise. Following the success of The Ruling Class, which had earned Peter O’Toole an Academy Award nomination the previous year, United Artists offered him Death Wish. But when the studio insisted on casting Charles Bronson instead of Medak’s pick, Henry Fonda, Medak passed on the project.

Back in London, Medak ran into his friend Peter Sellers, who asked him to direct his next film, Ghost in The Noonday Sun, which was set to be filmed on the island of Cyprus. Somehow the idea of filming a 17th-century pirate comedy aboard real ships on the Mediterranean seemed a good idea at the time.

“Like an idiot, I said ‘yes,'” Medak recalls in this video for the Indiegogo campaign for The Ghost of Peter Sellers, a new feature documentary he’s directing about the making of Ghost in The Noonday Sun.

Directed by Medak and starring Sellers, Spike Milligan, Anthony Franciosa and Peter Boyle, Ghost in The Noonday Sun turned into a notorious disaster. The stories surrounding the star-studded production are legendary. The Greek captain who delivered the pirate ship into the harbor was so drunk that he crashed the ship into the quay. The stormy weather and rough seas made the cast and crew seasick. On days when he was not actually sea sick, Sellers would pretend to be sick, only later to be seen waterskiing. 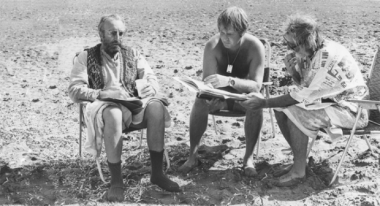 The Ghost of Peter Sellers

Reeling from a breakup with Liza Minnelli, the already mercurial Sellers made unusual demands and even faked a heart attack so he could run off to London to have tea with Princess Margaret. He fired the film’s producers and the cameraman and tried to stage a mutiny against Medak.

Though the film was completed, it was never officially screened or released (though it did show up on VHS in the ’80s). It also nearly capsized Medak’s career.

“It turned out to be the biggest disaster of my life,” Medak told Filmmaker recently. “When something goes wrong in a movie — and a lot went wrong — the director gets all the blame. So I was blamed for it, and I blamed myself for it for 43 years.”

Medak’s career recovered and he went on to direct The Changeling, The Krays, Let Him Have It, as well as numerous TV series and movies.

“I completely buried the memory of Ghost in the Noon Day Sun,” said Medak.

Then, about a year and a half ago, an e-mail from Paul Iacovou, a producer in Cyprus, unearthed Medak’s memories of the doomed production.

“My first reaction was, ‘That’s the last thing I want to do, to go anywhere near all these memories of the past. I finally managed to cope with it and live with it. I don’t want to go back to Cyprus.'” But then Medak had a change of heart — and perspective. “I suddenly thought what an incredible chance for me to go back 43 years ago into what happened on the film,” he said.

But from the beginning, it was important to Medak that the documentary focus not just on the failed production and Sellers’ role in it but also on that period in filmmaking history.

“It’s a history of what movies were like in those days — who Peter Sellers, who Spike Milligan was and the British humor of that period,” said Medak, who has since returned to Cyprus to retrace his steps. He’s also visited London, Los Angeles and New York to interview the remaining cast, crew, Sellers’ friends and family members, and movie executives involved with the production, including the film’s original producer for Columbia Pictures, John Heyman. 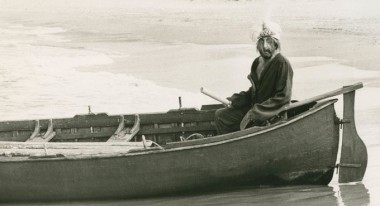 The Ghost of Peter Sellers

Heyman has given Medak permission to use the original film material and intercut it with the documentary material.

Though the film will feature interviews with the likes of Robert Wagner, Michael Caine, Terry Gilliam, Eric Idle, Malcolm McDowell and film executives David Picker and Sandy Lieberson, the focus will largely be on Medak and his journey to come to terms with the past.

“I’m the only one left alive who remembers everything about it, so unfortunately, I have to be in the middle of it,” he said.

Medak said that about three quarters of the interviews have been sho,t and film distributors have already expressed interest.

Though working on the documentary has dredged up painful memories for Medak, he said he doesn’t regret making the original film in the end.

“However much my hair turned grey on that film, to work with the genius of Peter and Spike, I would do it again tomorrow.”