Personal Filmmaking: There is “No Alternative” 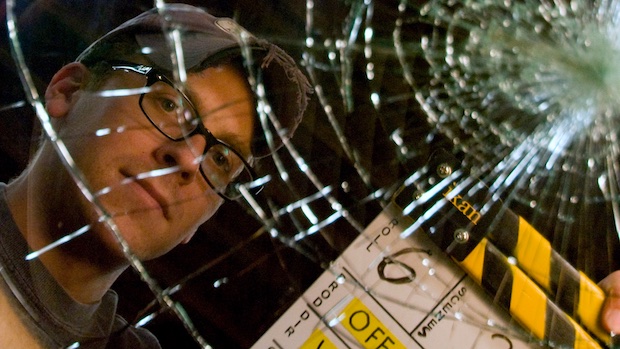 by William Dickerson
in Filmmaking
on Apr 11, 2016

It isn’t hyperbole to say that personal filmmaking in Hollywood is on the verge of extinction. It’s nearly impossible to hook Hollywood into funding a project that isn’t a thriller, or a horror movie or a comic book movie. By and large, the filmmaking community and its viewers have been left with tentpoles (studio movies made for 150 million and up) and microbudgets (movies made for under a million, often far less than a million).

Harvey Weinstein recently said in The Hollywood Reporter, “The studios don’t care about making smart adult films for the public, but rather only care to make them as magnets for awards, something to distract from what’s really going on: the rape and pillaging of originality in order to appeal to the largest demo possible and make as much coin as they possibly can.” This is what the studios don’t seem to understand: personal films last, impersonal films don’t. In other words, personal films are good for the bottom line. The problem is that it’s difficult for Hollywood to see past opening weekend these days — the industry has embraced an approach that systematically dilutes a story’s originality in hopes of that story appealing to as many paying customers as possible.

The studios used to value personal filmmaking, while making money in the process. The preeminent example is The Godfather. On the surface, the film is a movie about the mafia; however, underneath the surface, it’s, quite simply, a movie about family. (What mob movie do you know opens with a 25-minute wedding sequence?) There is a reason why this movie has endured for as long as it has, and has subsequently made as much money as it has. And it isn’t because it’s a mob movie. It is because its theme is universally relatable to viewers. There is genuine emotional transference occurring: we see our families reflected back to us in the form of the Corleones and their interpersonal dynamics. We tangibly sense Coppola’s connection to the material, and his connection is subsequently transferred to us.

Francis Ford Coppola has said in regard to the film, “Although I had no experience or knowledge of the Mafia, in the end, they were just an Italian-American family. I based the film on my uncles and my relatives.” If art, whatever the medium may be, isn’t personal, then what’s the point?

The middle-class space of filmmaking is in unprecedented decline. It’s something I’ve written a lot about recently. I’m hoping we can rebuild this artistically vital space, one movie at a time — and right now I’m attempting to fight the good fight with my new film, No Alternative.

Middle class films used to be a bastion of personal filmmaking, and since their disappearance from the mainstream, I fear emotion is being sucked out of filmmaking in general. I, along with a number of other filmmakers in what we’re calling “The Fifth Wall” movement, are actively seeking to inject more of our personal lives into our work in order to combat the artifice of Hollywood’s current output—and we are calling on other filmmakers to do the same. Hollywood used to back indie film; now, we indie filmmakers are left to fend for ourselves. The good news is that means there’s less of an obstacle to injecting our personal lives into our films. So, the only remaining obstacle is how do we fund these films?

While I’ve always either contributed to, or promoted, my colleagues’ crowdfunding campaigns over the years, I’ve been a bit reticent to turn to the fundraising method myself. It has become ubiquitous and saturates our news feeds and email inboxes on what is now a daily basis. However, it makes sense for this type of personal appeal be reserved for the types of films Hollywood seems to shy away from these days. Those that are very personal in nature.

In the case of No Alternative, I’ve decided to turn the microscope on my own life—granted, in a largely fictional sense and with a healthy dose of artistic license. I’m attempting to take a page from Coppola: if an audience can sense my tangible connection to the material, that connection will be transferred to them. This is what The Fifth Wall is all about.

I first published No Alternative as a novel in 2012, essentially as a love letter to my sister, a plea for her to choose life over suicide. The majority of my sister’s life was a battle fought against borderline personality disorder, drug addiction and suicidal behavior. It was a battle she ultimately succumbed to on July 1, 2014. As a result, I’ve made it my mission to accomplish the biggest dream I’ve ever had as an artist: making No Alternative into a movie and immortalizing the main character of Bridget, who is based on my sister. In this ’90s-era story, Thomas Harrison is a teenager who’s determined to start his own grunge band after the suicide of Kurt Cobain, while his younger sister, Bridget, boldly rejects her brother’s music, and the music of an entire generation of slackers, by taking on the persona of a gangsta’ rapper named “Bri Da B.” Is it a sign of her mental collapse, or sheer artistic genius? That is the question.

As I mentioned, this story is a personal one. But, not just to me. Not just to my sister. Men and women of all ages suffer silently, each and every day, societal shame diminishing the volume of their voices. Strides have been made, but as a culture, we still aren’t open about mental illness in the way we should be. I’ve decided to talk about it, to be as open as I can, and do so the best way I know how: through the medium of film. No Alternative seeks to destigmatize the struggles of people who suffer. If the film starts a conversation and emotionally affects just one person enough for that person to seek help, it will be a success.

The unexpected benefit of launching the crowdfunding campaign in such a personal way is the amount of people who have seen it and reached out to me personally. Some of these people I know, some of them I don’t, but they all have one thing in common: they’ve experienced the same thing, and they’ve never been able to talk about it.

The entire purpose of drama is the search for some semblance of catharsis, or emotional resolution, through confrontation, not some desire for formulaic escapism. Vincent Van Gogh, a victim of suicide himself, once said: “Art is to console those who are broken by life.” It will do moviegoers a whole lot of good if we can get Hollywood to remember that film is still an art form, not simply a product manufactured for mass consumption. We need to remind the studios that personal films last; that emotion is what captivates an audience. That is what puts butts in the seats and makes money for the backers. That is what keeps them coming back for more. And until Hollywood learns this lesson, it is the personal plea for personal films that “The Fifth Wall” must rely on—it’s emotion that drives the filmmaker to tell his or her story, it’s emotion that drives an audience to see a film, and it’s emotion that should be at the heart of a crowdfunding campaign.

***
William Dickerson is a filmmaker and author whose debut feature film, Detour, was hailed as an “Underground Hit” by The Village Voice, an “emotional and psychological roller-coaster ride” by The Examiner, and nothing short of “authentic” by The New York Times. He self-released his metafictional satire, The Mirror, which opened YoFi Fest’s inaugural film festival in 2013. He recently completed his third feature, Don’t Look Back. His award-winning work has been recognized by film festivals across the country. His first book, No Alternative, was declared, “a sympathetic coming-of-age story deeply embedded in ‘90s music” by Kirkus Reviews. His latest book, DETOUR: Hollywood: How To Direct a Microbudget Film (or any film, for that matter), is available now.

“No Alternative” on Indiegogo.