“All of a Sudden I Found Myself Creating Content on YouTube”: The Making of A Trip to Unicorn Island 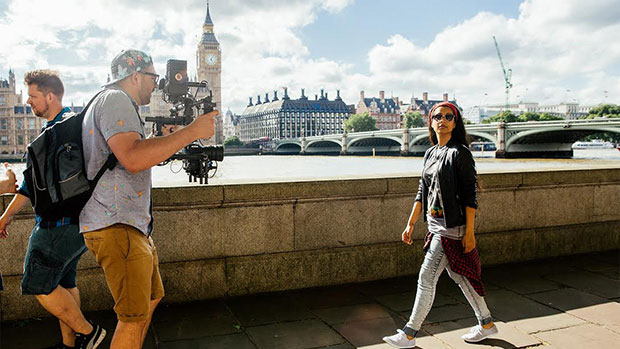 by Michael Murie
in Columns, Directors, Interviews
on Apr 12, 2016

Filmmaker and songwriter Scott David Winn was a working DP who turned himself into a YouTube star (ScottDW) before turning himself back into a filmmaker. In this interview he talks about making the documentary feature A Trip to Unicorn Island, which is about another YouTube star, Lilly Singh (known on YouTube as IISuperwomanII), going on her first tour.

Filmmaker: How did you go from YouTube shorts to making a documentary film?

Winn: Three years ago I was working as a director of photography, shooting commercials [and] music videos and I accidentally stumbled upon YouTube. I had a passion for coming up with wacky scenarios and silly characters and storylines, and I never really shared those with anybody. I was doing well as a cinematographer and thought that was my calling in life, and then I got my hands on a Phantom slo-mo camera and started shooting some different things, silly little videos just to amuse myself.

I decided ultimately to put a video together and write a song about kittens flying with little capes on. As ridiculous as that sounds, within a week the video had a million views, the song was in the top 100 on the pop charts and I started getting requests for the next video and the next song. All of a sudden I found myself creating content on YouTube.

In a funny, roundabout way, YouTube has brought me back to a lot of dreams I had of working with friends and doing feature films. Now I’m starting to branch out. I just finished my first documentary feature film and I’m working on my first narrative feature film.

Filmmaker: How did you come to do A Trip to Unicorn Island?

Winn: About a year ago Astronauts Wanted contacted me and thought I would be perfect for an upcoming project. I had no idea who Lilly Singh was; I’m making all these YouTube videos but I’m not actually watching any. So I did a little bit of research and discovered that Lilly was a pretty cool girl. I thought we had a lot in common; we were both passionate about our filmmaking and she was a songwriter like myself, so I was really interested in the project. It was also an opportunity to step away from YouTube and do something on a larger scale.

I think Lilly met with between five and ten different directors. We really hit it off on an emotional level. I was able to show her how I would make the film and add the whole cinematic angle, but I think more than anything we really had that emotional connection, which was a really important part in moving forward together on the film. 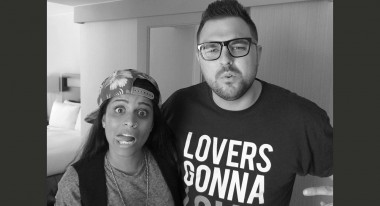 Winn: We started in May and did about a month’s worth of prep and rehearsals in Toronto, where she’s based. The whole tour was about two months, and then [we] wrapped it up back in Toronto.

Filmmaker: What was the crew?

Winn: I was given two options: Astronauts Wanted could produce it and I would be director for hire, or — because I was already doing these larger scale productions with my own team — they were interested in hiring me and my team. Ultimately we went in that direction, so I brought my producer, a couple of camera guys, a sound guy, supervisor, story editor and that was basically it for the first month. Once the tour kicked off, we started dividing and conquering. More often than not we’d send one or two people to each location, so it really slimmed down during the actual tour.

Filmmaker: What cameras were you shooting with?

Winn: We shot the majority of the documentary on the Canon 1DC, and shot a lot of the performances on the Red Dragon.

Filmmaker: Why those two cameras?

Winn: There was a lot of thought that went into it. Originally there was talk of trying to shoot the entire film on Red. We wanted high-quality, and 4K was an important aspect, but for the most part I really needed something more run and gun. Something that was durable but could allow me to throw a camera in a backpack and hop a plane to the next country, because these shows were moving so quickly. I’d been shooting Canon for several years. I love Canon, and I just called Canon up and asked if they wanted to partner with me on the documentary and they were very excited to hop on board. We worked out shooting as much as we could on the 1DC. When we had time to actually set up bigger productions for the live shows we switched to Red.

Filmmaker: So the 1DC was chosen primarily because you wanted 4K and you wanted it small?

Filmmaker: Do you know what lenses were used?

Winn: A lot of the Canon L series for the documentary portion. A lot of that was shot on the 16-35mm and I know we used the 24-70mm, the 70-200mm and then we used the Cine primes for the live show and interviews and things like that.

Filmmaker: Did you do the post-production?

Winn: We had my entire team here in Utah where we are based,. A. Todd Smith is the editor, Cassidy Hilton was our assistant editor and I supervised. It was basically the three of us for another four or five months.

Filmmaker: And what were you editing in?

Filmmaker: What were the lessons learned from this project?

Winn: This is my first documentary film, my first feature film, and I really learned a lot. I come from the narrative background and I had to learn how to tell a documentary story. I went into the film with a story that I thought I was going to tell, and one week into the film that all changed. Everything that you think is going to happen, the opposite happens nine times out of ten. I think the biggest thing I learned was honing my storytelling abilities on the fly. We were constantly changing the script, changing the direction of the film on the road; I think that was probably the biggest learning experience for me.

Filmmaker: Broadly, what direction had you thought you were going in, and how did it change?

Winn: They were going to be changing countries and cities every single day and I really expected there to be some drama, whether it’s people getting sick or fighting or any sort of drama. But in all honesty, the opposite happened. The drama happened in the beginning in Toronto, where I never expected that to happen. The majority of the drama happened the day before leaving for India for the first show, when nobody felt that the show was ready. Everything looked like it was falling apart. They make it to India and everything goes phenomenal. Everything goes so well, everyone just grows stronger and stronger and none of that drama that I had hoped for or thought would happen, happened. The real story started to be more about Lily and a personal struggle, which you see in the film.

Filmmaker: The movie is being distributed through YouTube subscription?

Winn: I know that there’s talk about some other options in the future, but for now it’s found its home on YouTube Red.