Defending the Feature Film in a Television Age: Sundance NEXT Fest Filmmakers on Why Films Matter 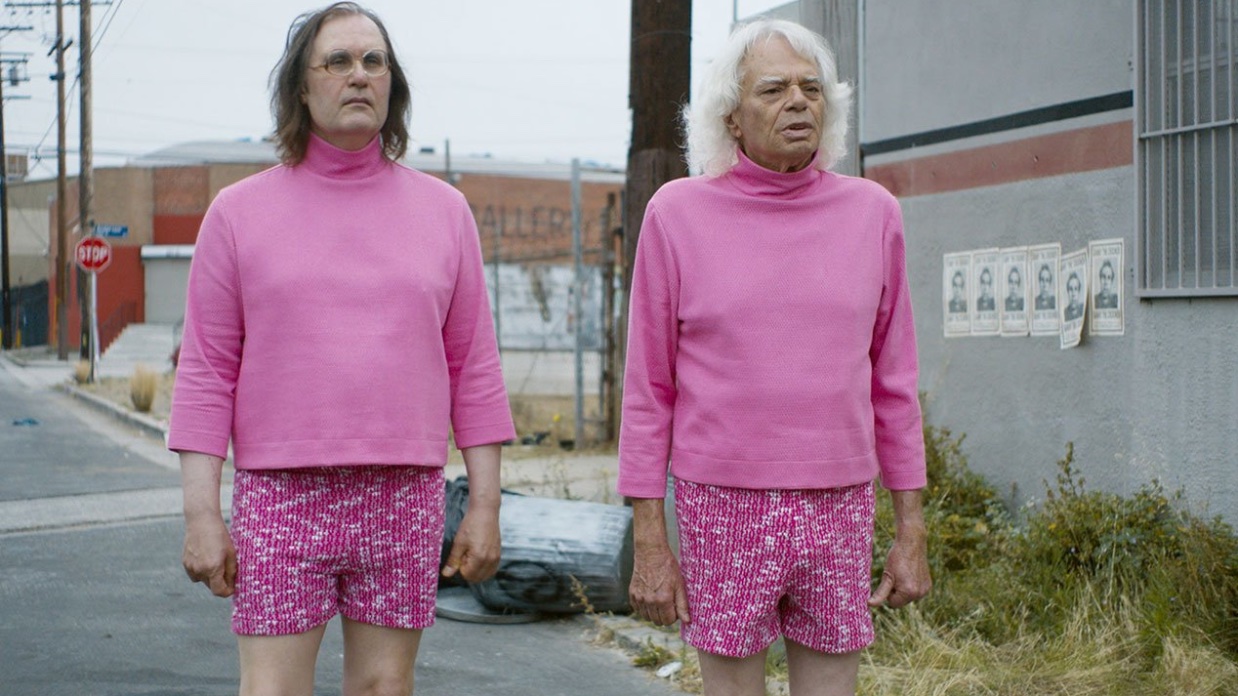 With streaming powerhouses like Netflix or Amazon now stepping into theatrical distribution of feature-length content, while also creating spaces for storytellers to work on episodic content, filmmakers’ options to reach a wider audience have expanded — even if that means sacrificing a more traditional release. Now, filmmakers’ dilemmas revolve around determining the length, visual language, and viewing situations most suitable for their stories.

Undoubtedly, each medium presents distinct artistic tools, benefits, and its own set of restrictions. However, television, and episodic content in general, has in recent years been heralded as a space where filmmakers can deviate from the norm and delve into more obscure or niche subjects. But if this is the future of content creation, then what purpose does traditional feature filmmaking still serve? And why has it endured and even found a place within the platforms dominated by the titans of short-form properties?

The six filmmakers presenting their films at the Theatre at Ace Hotel from August 12-14 as part of Sundance NEXT Fest 2016 shared with us their views on episodic content and how it compares to the process of constructing a feature-length project.

A recurrent topic regarding today’s opportunities for filmmakers is the advent of television and the numerous platforms where is now exhibited. In that regard, what is it about feature-length story telling that’s still relevant and desirable in a world where audiences are watching more content of shorter lengths?

Jim Hosking, The Greasy Strangler. I like the completeness of cinematic expression of a film. I like that a film is defensible in one viewing. I like the communal experience. Maybe it’s a nostalgic sensation as well. I grew up going to the cinema from a very young age. I was always taken to see cinema from all over the world by my mom, who is a cinephile, so for me, it has always been a desirable refuge from real life. I don’t feel transported by watching TV in the same way, but I don’t feel transported when watching anything at home. There’s always the temptation to check your phone and pause the action. I think the cinema is the one place where you’re forced to engage in something. So I like big screens, I like the dark. I like the fact that it’s a transaction where you don’t know what you’re going to get. It’s rare that you walk out of film. You’re forced to engage with something — there’s a sort of a commitment. Saying that, I do watch TV generally, on demand I suppose, and I do binge watch some series. But I think with filmmaking, there’s more risk really, especially in low budget filmmaking. It’s a more idiosyncratic endeavor, whereas TV is about pleasing audiences. Maybe that’s a generalization.

Andrew Neel, Goat. Films are universes onto themselves. Every film is its own dynamic, individual, unique experience. I think in television there are a lot of people that have to be satisfied over a long period of time. The at times formulaic nature of television makes it so that each episode has to have a lot of narrative points that will keep the audience engaged. Films don’t necessarily have to work as strictly on a model like that. I think that films will continue to be relevant. A lot people are saying, “TV is making films irrelevant” or “TV is the only place where innovative stuff is happening,” and I don’t think that’s true at all. I just think the feature film is a different mode of cinematic expression and one that has a lot of inherent value in certain ways that TV doesn’t. On the other side of the equation, TV has a long-from opportunity to investigate a character over a very long period of time, which is also interesting. There are positives and negatives, but I think a lot of people worry about the death of the feature film in part at the hands of TV, and I think that’s nonsense. Feature films will continue to be relevant for a long time. It’s sort of like asking, “Is the novel dead?” Well, the novel is less important than it used to be, but the novel is in no way dead and it won’t be dead for the foreseeable future because it’s an incredibly powerful medium in which to express yourself and to tell a story. I’m personally working on a pilot with FX right now, which is based on my previous fiction film called King Kelly. That was the name of the film and that’s the working title of the television show.

So Yong Kim, Lovesong. TV platforms are very interesting in the sense that you can live with a character’s journey for far longer. The strongest TV shows are character-based or character-driven stories. I think it’s kind of similar to that in cinema or filmmaking, but I think that as a filmmaker you could do a lot more visual storytelling in feature-length than in shorter episodic content. They are different perspectives. You could also get quite more experimental in feature films. I think those are its advantages. At the end of the day, my partner and I want to tell stories that are character-driven and quite experiential, and to combine those two. We want to develop episodic narrative TV based on character-driven situations. I think it’s quite appealing in that way because you can live with that character for quite a long journey vs. a feature film, which is a shorter amount of moments in a character’s life.

Chad Hartigan, Morris from America. I think that there’s something to be said about creating a story with a beginning, a middle and an end, and that takes place over one night’s entertainment — getting people to leave their house, go to a cinema, and donate an hour and a half of their time to a story and its completion. To me, that’s the most exciting medium for storytelling, and that’s just how I think. I don’t watch a lot of television, and I can understand the appeal of having an unlimited amount of time to be with characters and tell your story, but there’s something about just sitting down and writing something that sees itself through completion in that amount of time and that people can go and enjoy it in one night.

Elizabeth Wood, White Girl. I don’t really watch TV, but I do think that every story has an appropriate way to be told. I’m actually writing something that’s told in 10 parts, so could that be for TV or the Internet? Sure. I don’t know what the fuck it is. It’s just a really long story. It’s a series. I think that it’s harder in many ways to write something short. For me it is always harder to make something simpler and shorter than longer and more complicated. I just think they are different mediums. There are magazines vs. a novel vs. a series. Every story has its place where it should be told. Not every novel should be a movie.

Babak Anvari, Under the Shadow. I don’t think anyone should look down on television. It’s a great platform. If filmmakers are doing more TV it’s because it’s such an exciting platform. The line between television and film is kind of being blurred out, and a lot of people enjoy watching more TV these days, actually. A good storyteller should be able to work on both platforms. They should be able to work in the film world and in the film world. That’s my view. The difference is that with TV you have the luxury of developing characters and a story in a better way because you have 10 to 12 hours to tell your story rather than two hours. It kind of becomes like reading a novel. Certain networks give you more freedom that what you get from certain studios. I’d love working on TV, but I also love making films as well. I think it really depends on the story and which medium would be suitable for my story. Ultimately it’s the story that’s going to drive me. If I have a story that I can tell as a film in two hours then I go down that route, but I have a longer, richer story then obviously TV would be a better platform for it.